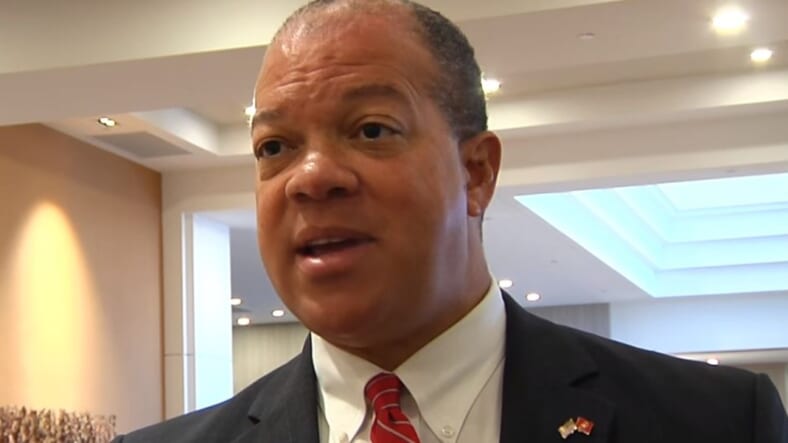 While many Black politicians have vocally opposed Confederate memorials and called for them to be taken down, one black Republican lawmaker in Florida is going out of his way to protect these relics and everything they stand for.

According to the Broward-Palm Beach New Time, Rep. Mike Hill (R-Pensacola) thinks it’s unfair that Confederate General Robert E. Lee is being characterized as “some racist” by historians and instead believes the leader was “a gentleman, a Christian, and a man of great valor who should be revered.”

—Black man traumatized by forced butt probe was billed for it—

Now Hill is proposing a law that would make it illegal to remove Confederate memorials, symbols, and names in Florida. He would also like to make it a felony to intentionally damage any such memorial.

It’s worth noting that the lawmaker does not have the support of his local Republican Party, and has previously been accused of running a “deceitful” and “sexist” campaign against GOP primary challenger Rebekah Bydlak.

—Michigan towns are voting down marijuana shops in their communities—

. @MikeHillfl is critical of the decision to change the name of an Orlando-area school that honored General Robert E. Lee, whom he described as "a gentleman, a Christian, and a man of great valor who should be revered" — not "some racist."https://t.co/SogqnzsOVp

Further making Hill a controversial figure is that that he also believes that the Civil War was mostly about money, states’ rights and the preservation of a certain “lifestyle” – but not so much about slavery.

“Slavery was a part of it,” Hill begrudgingly admits before adding, “We as a nation overcame that; we fought a terrible war — over 600,000 people died — so that we could rid this nation of slavery.”

The polarizing believes that fact that we overcame slavery is even more reason to protect the legacy of the Confederacy.

“That is something that we should understand, know and be proud of, that we were a nation that did that.”