The Philadelphia natives will create content through their Two One Five production company. 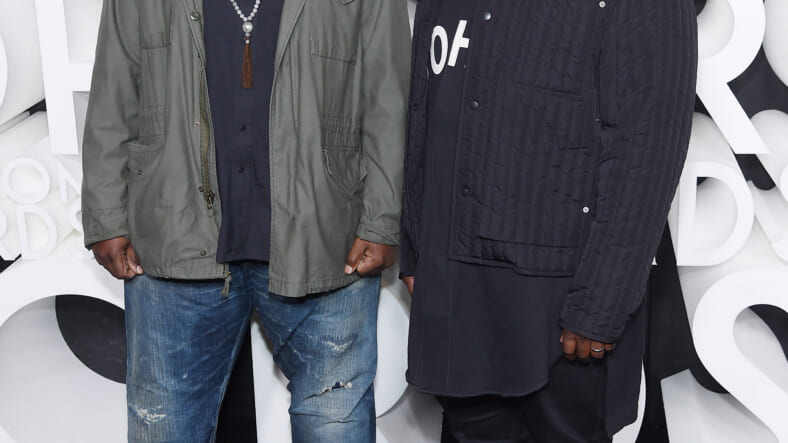 QuestLove and Black Thought of The Roots. (Photo by Jamie McCarthy/Getty Images for Nordstrom)

Ahmir “Questlove” Thompson and Tariq “Black Thought” Trotter are most commonly known as founding members of the legendary hip-hop group The Roots, but now the über talented duo is bringing their gift for storytelling to the small screen thanks to a new first look deal with Universal Television.

Not even this is gonna stop us from telling stories. We have a plan and we sticking to it.

According to the Hollywood Reporter, Thompson and Trotter will create both scripted and unscripted content for Universal Television Alternative Studio and Universal TV under the duo’s Two One Five Entertainment imprint.

“This deal is very important to us as we’ve been content producers and storytellers for our entire career,” Questlove said Wednesday in a statement. “A significant investment from Universal Television Alternative Studio and Universal Television in our vision allows us to share these stories on a much larger scale. Tariq and I see this as the next chapter to our careers, and we are very involved in the entire process. I’m directing, Tariq is writing and we both are producing.”

This new endeavor is an extension of a decade-long love affair between the Roots and with NBC, where they initially appeared on Jimmy Fallon’s Late Night talk show in 2009, and then transitioned into becoming the permanent house band for NBC’s Tonight Show With Jimmy Fallon, which premiered in 2014.

Questlove – who in addition to music has made a name for himself as an author and cultural critic – also serves as the music director for the Tonight Show.

“Many of our initial projects have been music-centric content, and one of our goals is to become the premier hub for music storytelling — a safe space for these stories to be shared across a variety of platforms,” explained Black Thought.

“Eventually we will expand outside of music with our stories. However, as we all know, every story has a rhythm and Two One Five Entertainment will harness that rhythm and create well-produced, compelling content.”