LeBron James on ‘The Last Dance’: ‘Michael Jordan was a superhero to me’

The NBA superstar pays his respects to the man who he says inspired him. 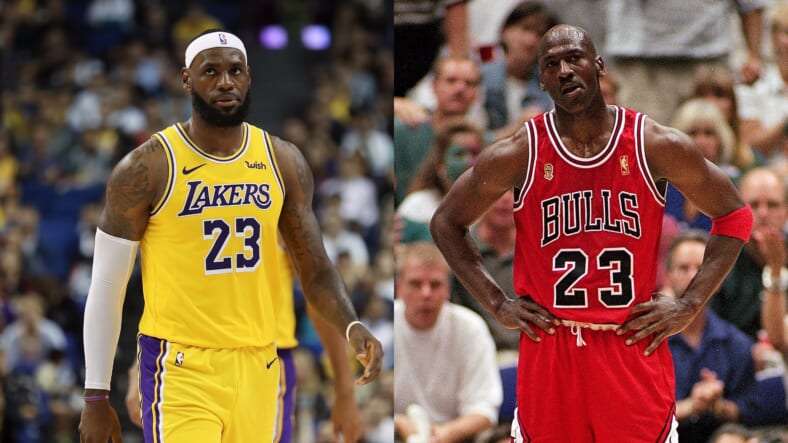 Now that the 10-part ESPN doc about the Chicago Bulls’ final championship season The Last Dance is over, LeBron James has spoken about his reaction to the documentary. NBA fans have pitted James and Micheal Jordan against each other in G.O.A.T. comparisons that seem to depend on which generation each star dominated in.

It’s also well known that Kobe Bryant patterned his game and his career after Jordans’s and shared his single-minded devotion to basketball. Bryant’s five championships were compared to Jordan’s total of six, while James trails them both with three rings.

Fans may have pitted the ballers against each other but after the airing of The Last Dance, Jordan’s G.O.A.T. title has been definitively reclaimed. However, one of the people who isn’t mad about it is James. Not only did he respond to a tweet from NBA reporter Brian Windhorst who was trying to fuel the competitive narrative; James shared a story about how much Jordan inspired him as a child.

I also would die to compete vs every single one of them too! Don’t ever get it twisted! ?. Nevertheless MJ Thank You for being my angel, inspiration, superhero!! ? ?

In an emotional video (perhaps aided by the wine he was drinking) James said that Jordan was a “superhero” to him as a 9-year-old growing up with a single mother in Akron, Ohio. When Jordan “retired” in 1993, James said he was distraught. 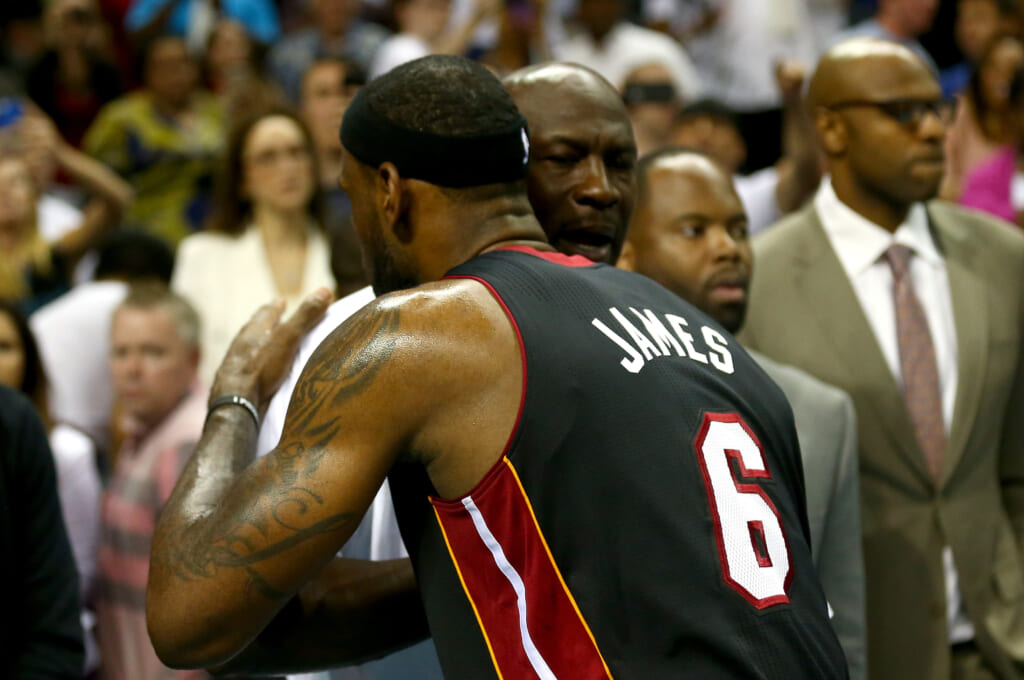 LeBron James #6 of the Miami Heat hugs Michael Jordan after defeating the Charlotte Bobcats 109-98 in Game Four of the Eastern Conference Quarterfinals during the 2014 NBA Playoffs. (Photo by Streeter Lecka/Getty Images)

“For me, growing up in Akron, Ohio with all the hardships you had to go through you look for any inspiration you can,” James told Paul Rivera and Maverick Carter on Uninterrupted, a sports and lifestyle site.

“And usually, that’s people playing in professional sports or people playing in the music industry that give you that inspiration to make you believe you can be anything you want. I had Ken Griffey, Jr. and Deion Sanders and a lot of other musicians but Micheal was like that god, that angel sent from heaven and I used him to get through some of the darkest days that I had.”

James describes watching Jordan play as giving him another “boost of life.” His first retirement, James says, really impacted him.

James also says that when he first met Jordan as a 16-year-old basketball phenomenon himself, he was flabbergasted. Jordan, his wife Savannah and Jay Z are the three people he says who changed his life.

James was a high school sophomore when he first met Jordan in the weight room before a game. He said at first he saw then Chicago Bull Charles Oakley and when Oakley moved aside, Jordan was working out behind him.

READ MORE: ‘The Last Dance was Jordan’s last shot and he totally missed the mark

“I didn’t believe he was real,” James said. “I only thought he lived in the TV. When I saw him, I thought if the man upstairs took me now, I’d have lived a hell of a life, I swear.”

Watch below for the entire interview: