The 26-year-old actor says he was a fan of Monáe's music before he ever met the singer-actress.

Post-traumatic stress disorder can have adverse effects on those diagnosed with the anxiety-triggering affliction. What can happen, however, if those memories were forcefully erased?

This concept is explored in the first season of the Golden Globe-nominated Amazon series Homecoming and the second season returns to continue the thrilling tale.

READ MORE: Janelle Monáe doesn’t know who she is in ‘Homecoming’ trailer

Stephan James, known for his leading role in 2018’s If Beale Street Could Talk, reprises his character, Walter Cruz. The first season took him through a whirlwind of emotions and manipulated experiences as he faced the corporate-funded program masked as a rehabilitation service for military veterans.

Now, as the saga continues, Cruz’s attempts to build a new life are hindered by personal realizations and a new quest to uncover the truth and take down the Geist company.

“Ultimately, overall, we see a lot of growth from that season one Walter to this Walter, and I think that his motivation this season is to be able to move forward with his life like most of these young veterans share that same desire,” says James to theGrio. “I think for Walter, he wasn’t going to be able to move on unless he got this kind of closure and that’s what we got in season two.” 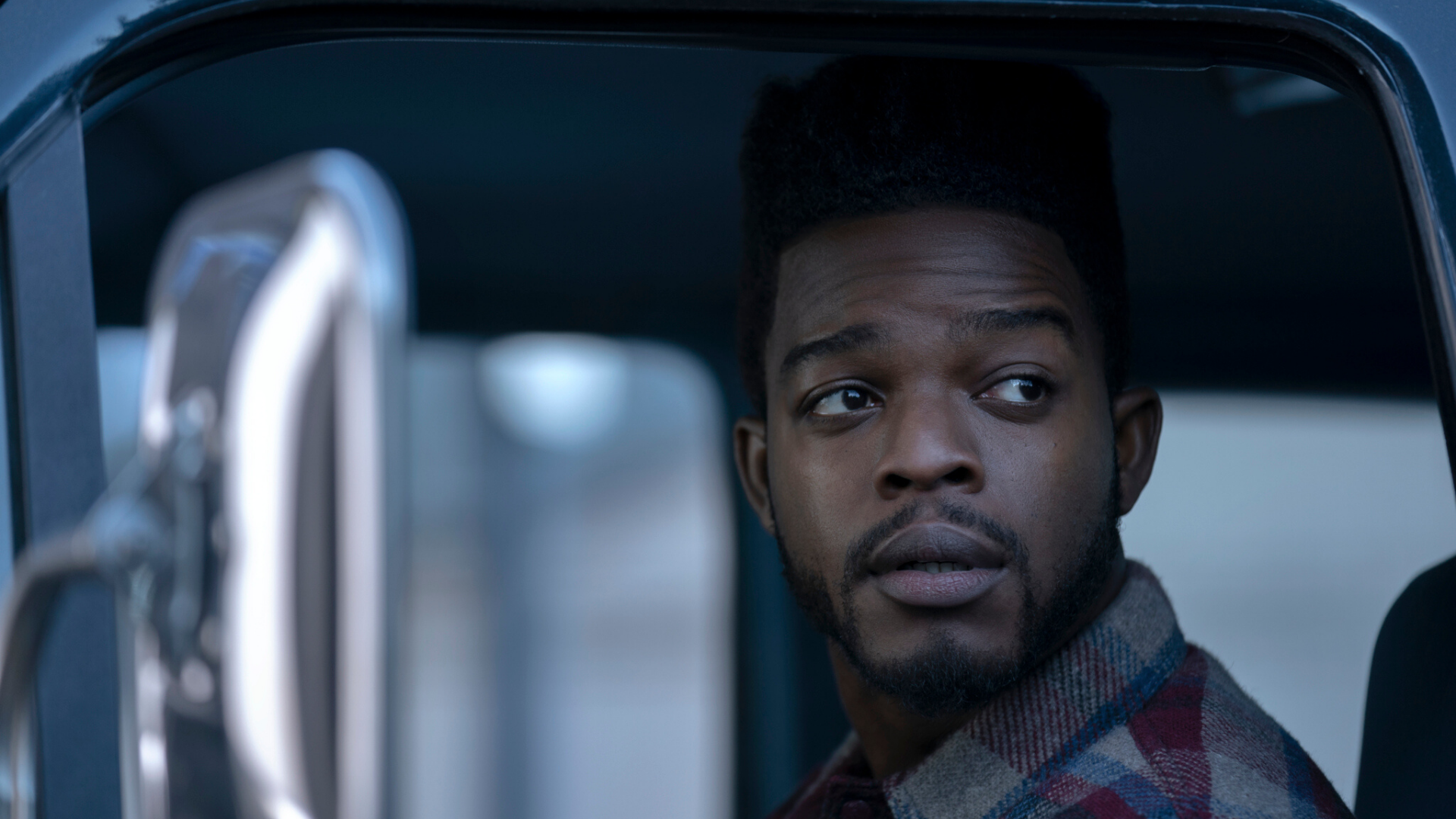 The new season not only adds more to the layered, mysterious story but also a new leading costar in Janelle Monáe, who plays Jackie, a character dealing with her own elusive background. For both actors, this marks their first time working together.

James was delighted to learn the multihyphenate talent was cast as in the series.

“I had been a big fan of Janelle, her music,” the actor explains. “I had met her a couple of times just sort of in like industry settings and was able to chat with her and we shared a shared mutual respect for one another. So, when I found out that she was going to be cast I honestly thought it was great. I was very much looking forward to the world being able to see her in a role like this.”

He continues, “I know she, first of all, was a new actor and a television show can be a daunting thing—especially one that was led by Julia Roberts the season before—so honestly, she came to work, ready to play every day, a consummate professional her attention to detail and focus. Everything was great. I had a great scene partner for season one and season two.”

For both stars, leading a television series is a career milestone and as Black actors, there’s another level of joy. In Hollywood, Black and minority talent are not often afforded roles that are not surrounding race and identity or cast together as leads. Homecoming season two works against both of the dated industry standards.

“It’s no secret that most of what we watch, what we’re seeing or hearing [are] stories predominantly from white people. So at the end of the day, whenever you can have diverse spaces or diverse storytellers tell your stories, I think that’s an incredible thing and Janelle and I are no different in that manner,” he says. 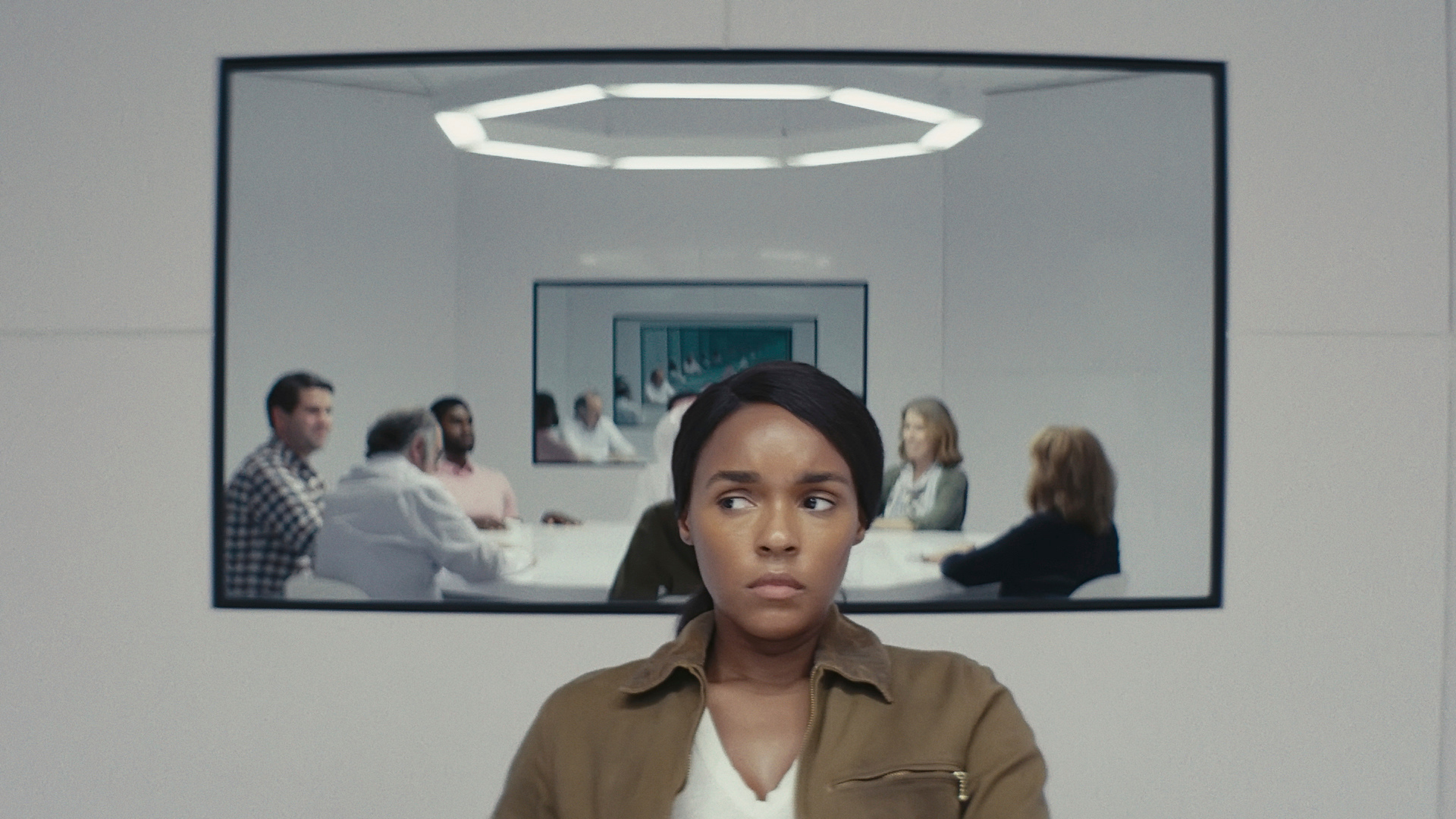 “I think it’s really cool thing. These characters could have easily been played by any other race but, you know, there are two black leads to this on this show, and an Asian lead, by the way, in Hong Chau, so just a really incredible and powerful thing that’s been done with this show,” he adds. “To be able to tell a story like that and have to have those new faces.”

For fans of Homecoming, James says they can expect some questions to be answered and at the same time, new queries presented.  Viewers will watch new characters introduced as well as series regulars grow into new levels and attitudes.

According to James, the audience is in store for “twists and turns, literally by the hour.”

“They’re going to be privy to an exceptional performance by Janelle Monáe in a row that really highlights her abilities as an actress, and honestly, I’m just excited. I’m excited for people to see where the story goes,” says James to theGrio.

Homecoming season two is set to premiere in over 200 countries and territories on Friday, May 22, on Amazon Prime Video.