A new drama that hopes to show another side of women who make their living as strippers heads to Starz in July. 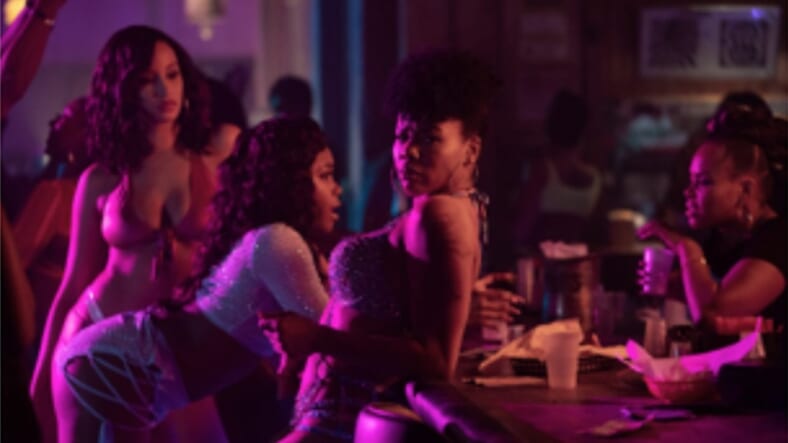 Starz has announced plans to premiere its new drama P-Valley this summer and by the looks of the teaser, we’re in for a wild ride.

Starz breaks down the series this way:

“Down deep in the Mississippi Delta lies an oasis of grit and glitter in a rough patch of human existence where beauty can be hard to find. This southern-fried, hour-long drama tells the kaleidoscopic story of a little-strip-club-that-could and the big characters who come through its doors—the hopeful, the lost, the broken, the ballers, the beautiful, and the damned. Trap music meets film noir in this lyrical and atmospheric series that dares to ask what happens when small-town folk dream beyond the boundaries of the Piggly Wiggly and the pawnshop.”

Based on her play Pussy Valley, creator Katori Hall (The Mountaintop, Tina: The Tina Turner Musical) serves as showrunner as well as executive producer.

“I can’t tell you how proud I am to be bringing this passion project into living rooms all across America,” Hall says in a statement. “For too long, exotic dancers have been dismissed and shamed, while their culture has been appropriated by the mainstream. This project moves past the blue lights and haze of the main stage, where dancers take to the air like super-sheroes, to the locker room and beyond, where these women—inspired by the dozens of dancers I’ve interviewed—live their lives unapologetically.”

Check out the teaser below: