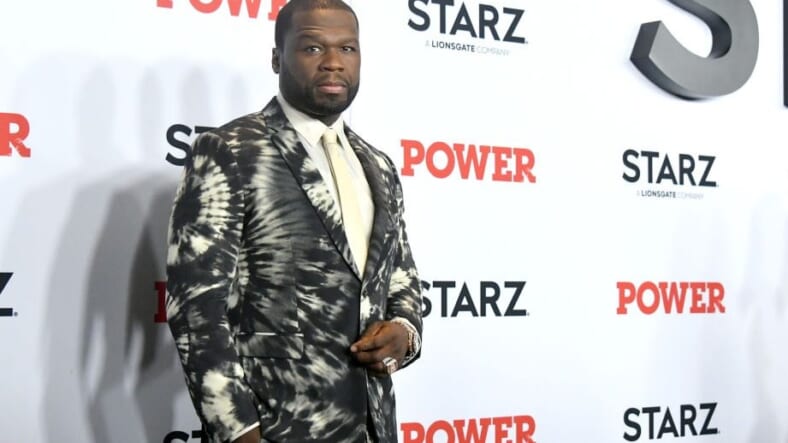 Mogul 50 Cent took his talents to DC to advocate for diversity in entertainment and advocate for the Starz network. (Photo by Mike Coppola/Getty Images)

In the wake of growing coronavirus concerns, Power Book II: Ghost and Power Book III: Raising Kanan have shut down production in New York for at least one week.

READ MORE: Omar Epps gets cast in one of the four upcoming ‘Power’ spinoffs

The two 50-Cent produced/Courtney Kemp created series join the growing list of television shows and movies that are canceling or pushing back production to prevent the spread of the CORVID-19 virus, Deadline reports of the Power spinoffs which star Mary J Blige and Omar Epps respectively. According to the report, the other two spinoffs, Power Book IV: Influence and the LA-set Power Book V: Force have yet to start production.

Wendy Williams has also followed the lead of the NBA and several other Hollywood projects by completely shutting down the production of her talk show until further notice, TheGrio previously reported.

According to The Blast, a spokesperson for The Wendy Williams show says production has been halted —effective immediately— and only the administration office will remain open so employees can gather their personal belongings before heading home.

Auditions for the Making the Band reboot were also been put on hold amid the coronavirus outbreak. The final two open casting calls— one in Charlotte last Friday and March 21 in NYC— have been canceled over COVID-19 precautions.

Additional, several Broadway shows and award ceremonies have been postponed, including the 2020 iHeart Radio Music Awards, which was scheduled to go down March 29.

Several city events have been rescheduled as well, including the 2020 Boston Marathon. It was set to take place on April 20; instead, it’s been pushed back to the fall.

Meanwhile, there have been more than 128,000 cases of coronavirus confirmed around the world, with a reported death toll of around 4,700.

Infected individuals have been reported in nearly 40 states, with President Donald Trump recently announcing a 30-day travel ban from Europe, in an effort to curb the spread of the virus.