The retired U.S. Army lieutenant colonel was involved in an accident after leaving a rally in Texas's capital 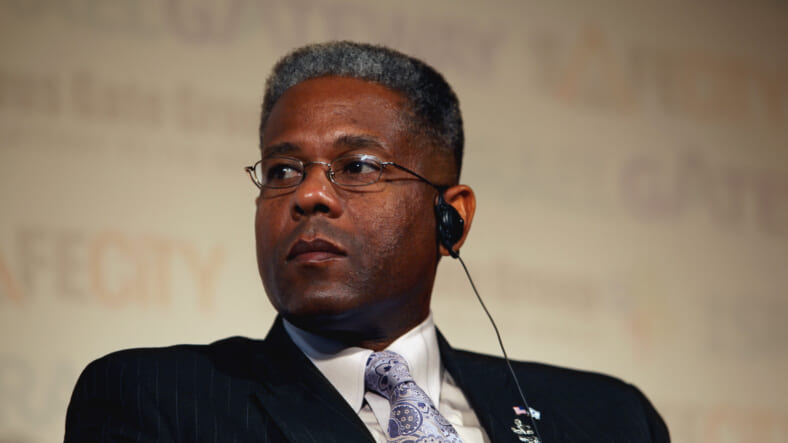 Former GOP Congressman Allen West is recovering in a Texas hospital after he was injured in a motorcycle crash on Saturday.

West, who served one term in the U.S. House as a representative from Florida, was involved in an accident near Waco, Texas, but is in stable condition.

The retired U.S. Army lieutenant colonel was airlifted to the hospital following the crash, which happened after a car cut him off, according to a post on West’s Facebook page. He was leaving a “Free Texas Rally” in Austin, Texas when the incident happened.

West received a concussion, several fractured bones and multiple lacerations from the accident, the post read.

Team West here with the latest update as reported in the official press release posted this morning:On his drive back…

Former state Sen. Don Huffines told The Dallas Morning News that West got in the accident on his way back from a rally Saturday morning at the Texas Capitol that was focused on reopening the state amid the COVID-19 pandemic.

West is currently running for chair of the Republican Party of Texas. His political opponent, incumbent James Dickey, also shared a statement on Facebook calling on the GOP to pray for the politician.

“I have received positive news that Lt. Col. West is in stable condition and is being assessed,” he wrote. “Please join my family and me in continued prayers for his full recovery.”

Lt. Col. Allen West was flown by helicopter to a Waco hospital following his motorcycle accident this evening. I have…

Team West: The latest update on LTC West is posted: https://t.co/7n1cF6Wzpn If not on Facebook, see the Press Room at https://t.co/NEOcgLdhkk