The Hall of Famer, who is being isolated at a Washington, D.C., hospital, shared an optimistic message 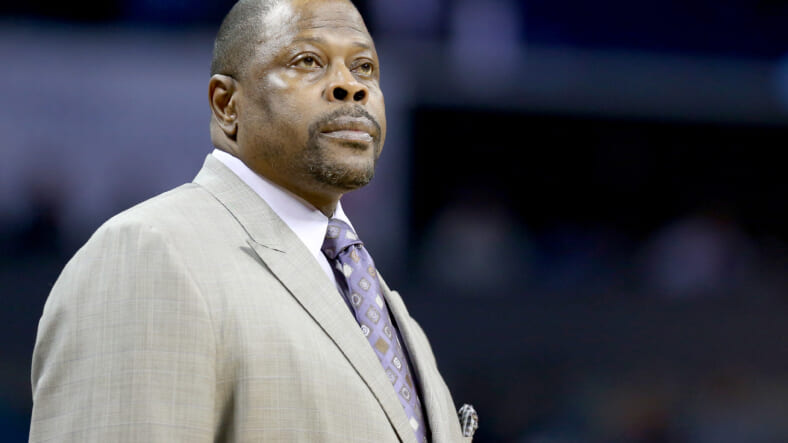 Basketball legend Patrick Ewing announced on Friday that he has tested positive for coronavirus.

The basketball Hall of Famer, who is now the head coach of Georgetown University‘s men’s basketball team, made the statement as a way to let the public know how serious the disease is.

“I want to share that I have tested positive for COVID-19. This virus is serious and should not be taken lightly,” the 57-year-old stated on Twitter. “I want to encourage everyone to stay safe and take care of yourselves and your loved ones.”

Ewing, who was the first pick overall in the 1985 NBA draft, made the formal announcement through the private Washington, D.C., institution’s athletic department.

“Ewing has elected to share his diagnosis publicly to emphasize that this virus can affect anyone,” Georgetown included in the statement.

I want to share that I have tested positive for COVID-19. This virus is serious and should not be taken lightly. I want to encourage everyone to stay safe and take care of yourselves and your loved ones. pic.twitter.com/a2fMuhIZyG

Ewing is currently isolated at a local hospital. He also made sure to give attention to all the essential workers helping to combat COVID-19, while also sharing optimistic words.

“Now more than ever, I want to thank the healthcare workers and everyone on the front lines,” he said in the statement. I’ll be fine and we will all get through this.”

Ewing, who played 17 years in the NBA, was in the midst of his third year coaching at his alma mater, Georgetown, where he was a three-time All-American center. In a recent interview with NBC Sports, he revealed how he keeps in touch with his roster using Zoom and Facetime.

“We’re talking to them, we’re Zooming them, Face-Timing them. We’re trying to do it all,” Ewing said.

In the battle of the big men, Patrick Ewing, #33 of the New York Knicks, wins over Shawn Bradley of the Philadelphia 76ers during the game at Madison Square Garden, New York City on Feb. 26, 1995.

Ewing also mentioned the challenge of recruiting new players during a pandemic.

“We can’t go out and sit in living rooms. We try to do it and figure out other ways to try and get the job done,” he explained.

Georgetown stated that Ewing is the only member of the men’s basketball program to test positive for COVID-19.

Ewing spent 15 of his 17 years in the NBA with the New York Knicks, where he was an 11-time all-star at center. Former teammate Charles Oakley tweeted a message of support:

I went to war with you for ten years. I won’t leave you on the battlefield now. Get well Patrick. More fights ahead. @CoachEwing33 #BrothersFight #PatrickEwing #GetWellBrother pic.twitter.com/1ZkR03bccc

“I went to war with you for ten years. I won’t leave you on the battlefield now,” Oakley wrote. “Get well Patrick. More fights ahead.”