Dwyane Wade and his daughter Zaya are enjoying their quarantine in style, debuting matching dyed hair.

The retired NBA superstar, 38, took to Instagram over the weekend to unveil not one but two new bright looks. On Friday, the former Miami Heat shooting guard showed off a pink hue. By the next day, he decided to upgrade to an even brighter shade.

“When they think they know you – Switch it up!” he wrote in the caption, adding the apt hashtag #RedHairDontCare,” he captioned in a comment that has garnered over 300,000 likes.

Zaya, Wade’s 12-year-old trans daughter also decided to switch it up. Wade shared clips of Zaya on TikTok with pastel hair and at one point, the two were coordinating. Wade is seen walking into the pool before the clip transitions to Wade at the wheel of his car with Zaya beside him. His hair also goes through an evolution of colors that includes blonde, pink, and red.

Gabrielle Union was quick with the praise for her husband and Zaya. 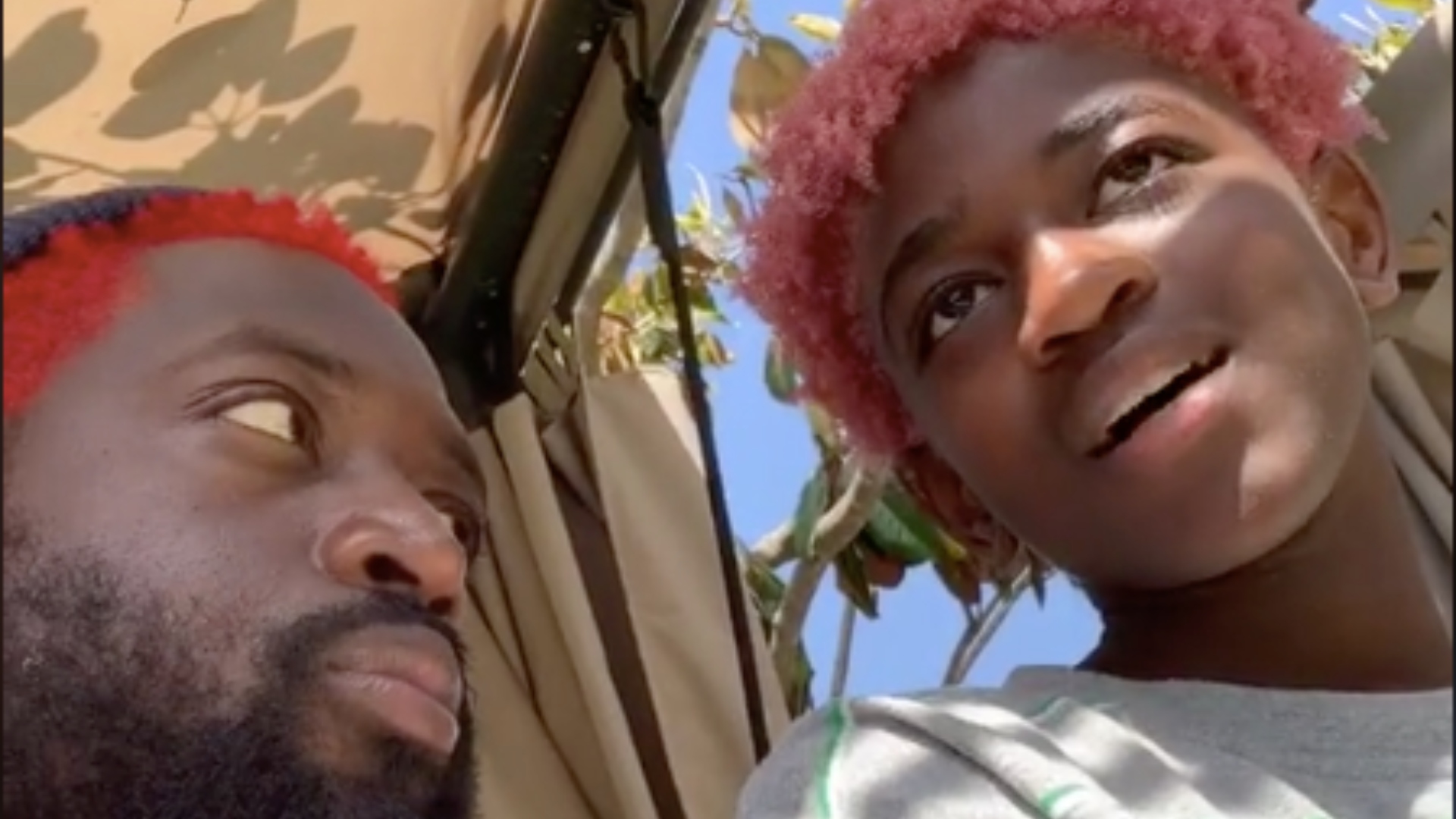 Zaire, 18, Wade’s son, gave his father his approval as well. He even referenced former Chicago Bulls Dennis Rodman—who had an appreciation for bright hair—in his comment.

“Dennis Jr was good‼️,” Zaire posted of the clip.

Wade is also the father of 18-month-old daughter Kaavia James with Union and Xavier, 6, from another relationship. Union introduced the world to Zaya in February when the tween came out as transgender.

Meet Zaya. She's compassionate, loving, whip smart and we are so proud of her. It’s Ok to listen to, love & respect your children exactly as they are. Love and light good people. pic.twitter.com/G2lLVdD2VT

“Meet Zaya. She’s compassionate, loving, whip smart and we are so proud of her,” the actress, 47, wrote.

“I know it can get tough, but I think you push through and be the best you. It’s become more accepting,” Zaya says. “Even through hard times you gotta push through, it’s very worth it. When you can look in the mirror and say ‘hi’ to yourself.”