Rihanna is now an international superstar, singer, entrepreneur, designer, and philanthropist but all the greats had to start somewhere. Rihanna’s 2005 single  “Pon De Replay” was what’s led to everything that followed.

#15YearsOfRihanna trended all day Sunday to acknowledge the 15 years that have passed since the hit that launched her career when she was only 17. The 32-year-old remarked on the nerves she felt the day she auditioned for Jay-Z at Def Jam Records in New York City. The rap mogul served as president of the label from 2004 and 2007, signing a then-unknown Robyn Rihanna Fenty to a six-album contract. 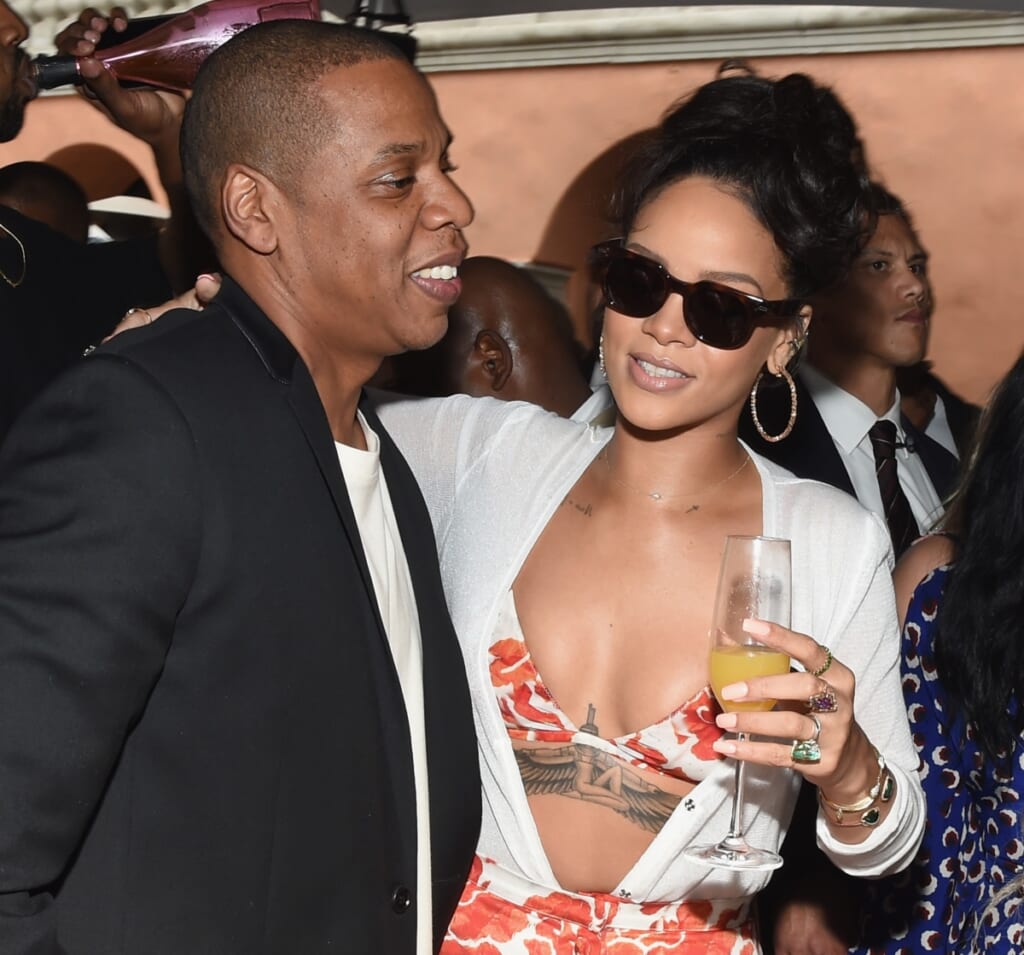 “Thank you for all the hashtag love today! Man this is trippy. Feels like just yesterday I was shaking in the hallways of Def Jam waiting to audition for Jay,” she wrote. 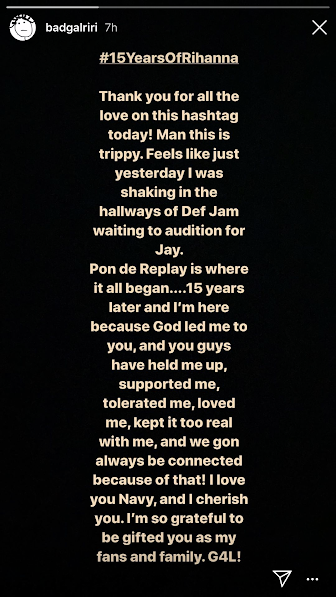 READ MORE: Rihanna takes dig at fans begging for new music: ‘I’m trying to save the world, unlike y’all President’

Rihanna went on to thank her fans—affectionately known as the RihannaNavy— for supporting her throughout her career highs and lows, though they’re having been too many of the latter.

The Anti singer has released eight platinum albums, is a nine-time Grammy winner with 14 number one singles, and has sold over 250 million records to make her one of the most successful artists of all time. Last year, Forbes proclaimed her to the wealthiest female musician with a net worth of $600 million.

“Pon De Replay is where it all began…15 years later and I’m here because God led me to you, and you guys have held me up, supported me, tolerated me, loved me, kept it too real with me, and we gon always be connected because of that. I love you Navy, and I cherish you. I’m so grateful to be gifted you as my fans and family. G4L!” 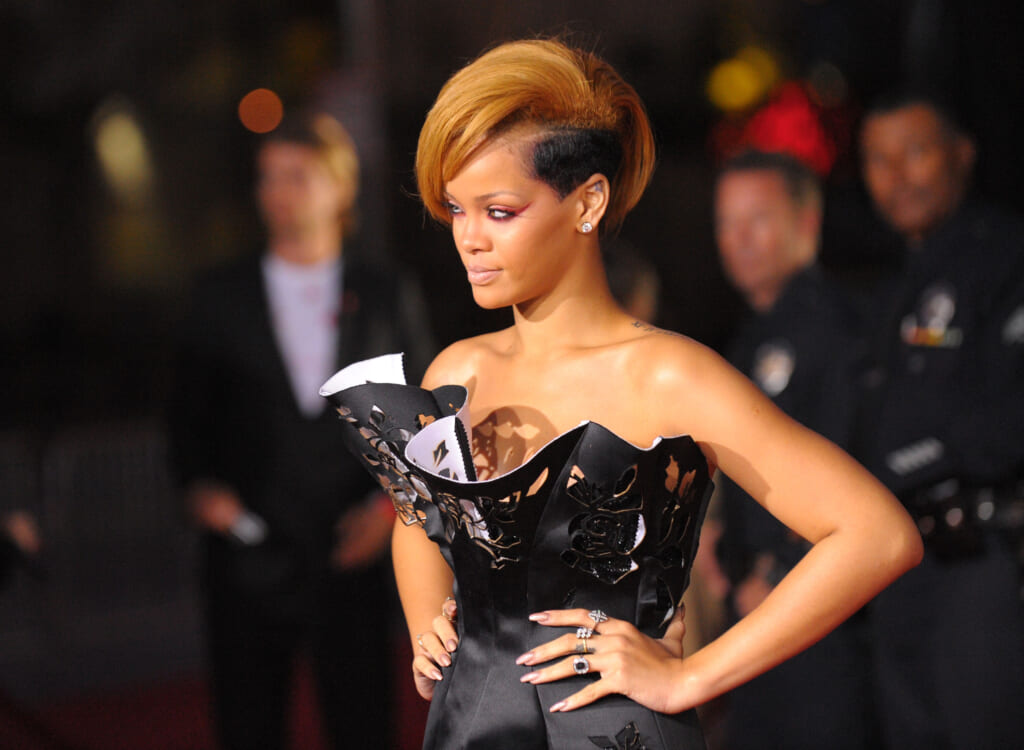 In recent years, Rihanna has extended her empire beyond music as fans anxiously await the follow up to 2016’s critically acclaimed Anti. She launched the makeup brand Fenty Beauty in 2017 which was lauded for its inclusivity of shades and followed that up a year with Savage Fenty, a lingerie brand tailored to all sizes of women. In 2019, she founded Fenty under LVMH, becoming the first woman of color to lead a maison with the brand.

Since the coronavirus pandemic, Rihanna has used her Clara Lionel Foundation,  started in 2006, to donate $5 million for relief efforts and PPE equipment to those in need. In March the foundation teamed up with Twitter CEO Jack Dorsey to send a $4.2M grant to the Mayor’s Fund to help abuse victims in L.A.

Philanthropy has become a hallmark of the mogul’s career. In February, she told the audience at the NAACP Image Awards that it was the duty of everyone to get involved as she accepted the 2020 President’s Award.