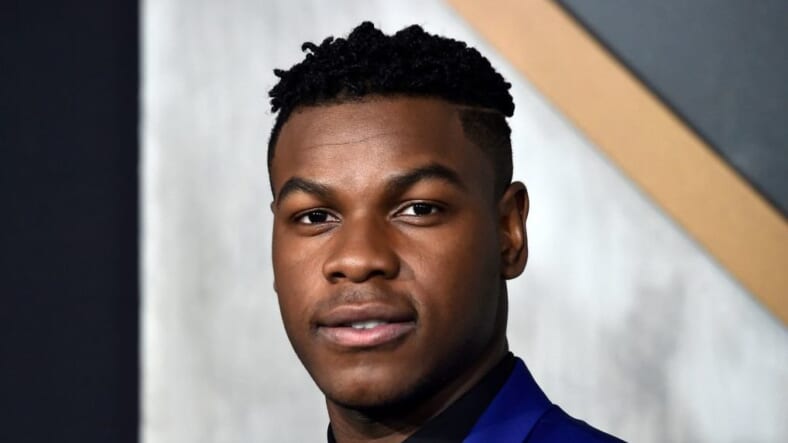 Star Wars actor John Boyega didn’t mince words as he let the whole world know that he “fu**g hates racists” and that the matter wasn’t up for debate.

The London-born actor made his feelings known in a tweet Wednesday as he reflected on the death of George Floyd, a Minneapolis man who was killed by the police earlier in the week. He paid tribute to Floyd with a picture and made note of the cycle of Black men continuing to be victims of police brutality.

This just burns. Seems to be a never ending cycle. The murderers need to be charged severely. Even in the face of death this man was given zero empathy. #RIPGeorgeFloyd #BlackLivesMatter #JusticeForGeorgeFloyd pic.twitter.com/gyuaoC6vUh

“This just burns. Seems to be a never-ending cycle. The murderers need to be charged severely. Even in the face of death this man was given zero empathy. #RIPGeorgeFloyd #BlackLivesMatter #JusticeForGeorgeFloyd,” he tweeted.

Boyega soon followed up with a rallying cry.

Most of the responses in his comments were supportive of Boyega’s righteous anger but some users offered pushback. He was accused of being discriminatory against white people. Boyega responded with a nod to his tribal roots.

Pls. I am Yoruba. All your chit chatter on this here app won’t cut into this soul. Thunder fire you. pic.twitter.com/6wdpPOIODX

“Pls. I am Yoruba. All your chit chatter on this here app won’t cut into this soul. Thunder fire you,” he tweeted.

Boyega also took to Instagram Live to put an exclamation point on his comments so that there could be no misunderstanding his feelings. He really doesn’t like racists. At all.

“Any racist shit, that’s straight up blocked. It’s fine. I don’t need you on my page,” he said.

He added that racists could do something else with their time.

john boyega went off on his live as he should pic.twitter.com/DyoztIaVpm

Boyega added that if you were a fan of his and engaging in racism, he didn’t want that kind of support. He made it clear that this is how it would be because he was not into being fake.

John Boyega put his whole career on the line for the culture. We salute you????? pic.twitter.com/t5YoW69KaK

“I’m not the guy. I’m not Hollywood. I never ever left the U.K. to go and live in L.A. for over a year. I never did. I’m from London. I’m from here. We have different f**king rules. We’re real. We speak truth, wear our emotions on the wrist. I’m also an African. So stop taking a piss.”

This is not the first time that he has been outspoken. Last year, he took on fans who were upset that POC were cast in the Star Wars franchise. He has shared about being targeted by racism. He blasted those that were “rude.”

If you don’t like Star Wars or the characters understand that there are decisions makers and harassing the actors/ actresses will do nothing. You’re not entitled to politeness when your approach is rude. Even if you paid for a ticket! ??‍♂️