Floyd's family wants protesters to focus on solutions, not violence 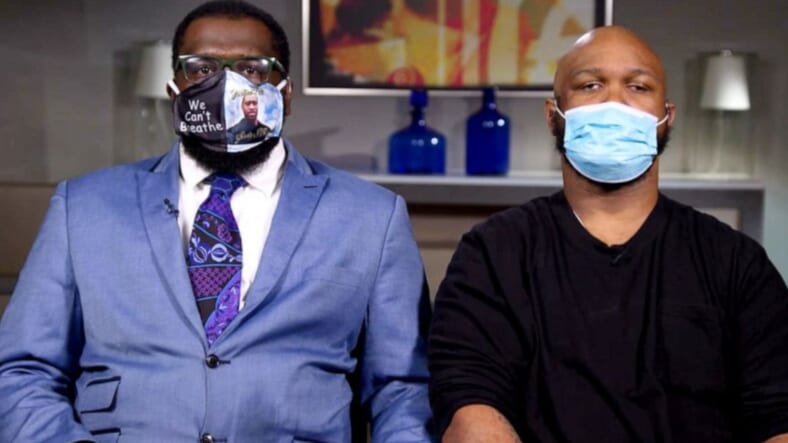 George Floyd’s brother has condemned the violence taking place in his name after his death as he was a man “about peace.”

Terrence Floyd, George’s younger brother spoke with Good Morning America on Monday criticizing the violence that has erupted in the wake of George’s death last week. He understood the anger but urged restraint and asked protesters not to destroy communities. 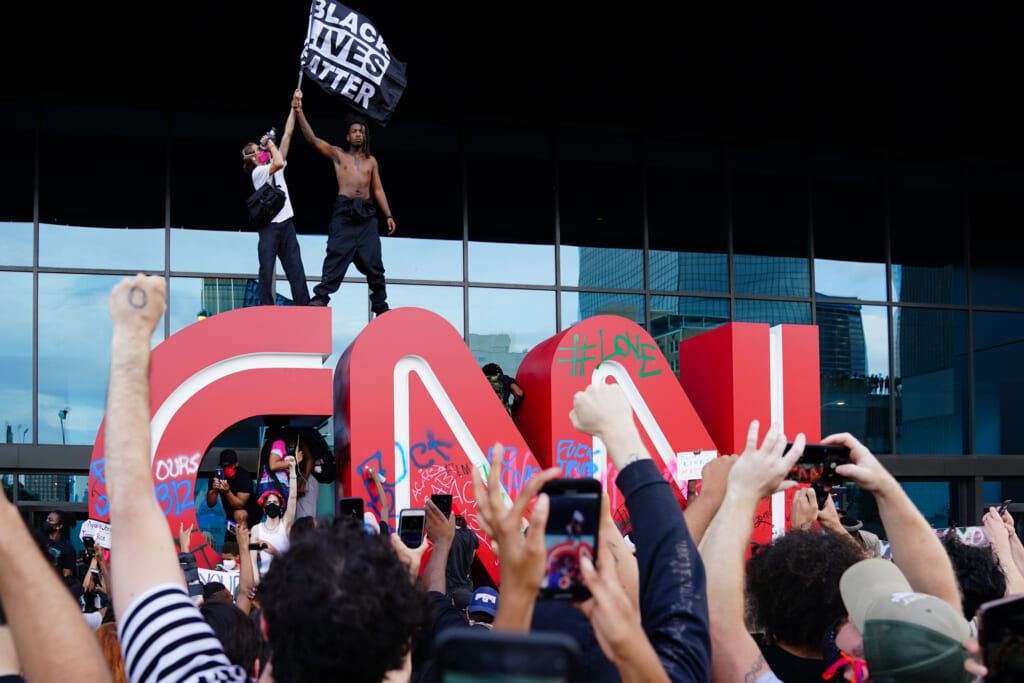 A man waves a Black Lives Matter flag atop the CNN logo during a protest in response to the police killing of George Floyd outside the CNN Center on May 29, 2020 in Atlanta, Georgia.  (Photo by Elijah Nouvelage/Getty Images)

“[S]ometimes I get angry, I want to bust some heads, too,” Terrence told GMA host Robin Roberts. “I wanna … just go crazy. But I’m here. My brother wasn’t about that. My brother was about peace. You’ll hear a lot of people say he was a gentle giant.”

There have been nationwide marches since Floyd was killed on Memorial Day after Derek Chauvin, a former Minneapolis police officer, placed a knee on his neck for more than eight minutes.

George pleaded for his life and the incident was caught on video, leading to nationwide outrage. Protests have been mostly peaceful but some have turned violent with looting, destruction of property and angry confrontations with police.

Terrence stressed that George would justice for his killing but it had to be sought in a more peaceful manner.

“It’s OK to be angry, but channel your anger to do something positive or make a change another way because we’ve been down this road already,” he said. “The anger, damaging your hometown is not the way he’d want.”

Terrence also asked that protestors “relax” in some of their more aggressive efforts which have included vandalism and looting. He wants his family to serve as an example on how to demand justice but in a responsible manner.

“If his own family and blood are trying to deal with it and be positive about it, and go another route to seek justice, then why are you out here tearing up your community? Because when you’re finished and turn around and want to go buy something, you done tore it up. So now you messed up your own living arrangements. So just relax. Justice will be served.”

Terrence also shared that he traveled to Minneapolis to see where his brother died saying he wanted to feel George’s spirit. He will also be taking part in a march for unity with Black leaders such as the Rev. Kevin McCall.

“We can be able to call for justice, but we need peace as well,” McCall said. “Nobody is more angry than the family.”