The president told the state leaders that they 'have to arrest people.'

Jonathan Lemire, Zeke Miller and Alan Suderman, Associated Press
U.S. President Donald Trump makes a statement in the briefing room at the White House on May 22, 2020 in Washington, DC. President Trump announced news CDC guidelines that churches and places of worship are essential and must reopen now. (Photo by Alex Wong/Getty Images)

WASHINGTON (AP) — President Donald Trump on Monday derided many governors as “weak” and demanded tougher crackdowns on burning and stealing among some demonstrations in the aftermath of another night of violent protests in dozens of American cities.

Trump spoke to governors on a video teleconference that also included law enforcement and national security officials, telling the state leaders they “have to get much tougher.”

The days of protests were triggered by the death of George Floyd, a black man who died when a white Minneapolis police officer knelt on his neck for several minutes. The demonstrations turned violent in several cities, with looting and mayhem, and fires ignited in historic park Lafayette Park across from the White House.

The president urged the governors to deploy the National Guard, which he credited for helping calm the situation Sunday night in Minneapolis. He demanded that similarly tough measures be taken in cities that also experienced a spasm of violence, including New York, Philadelphia and Los Angeles. 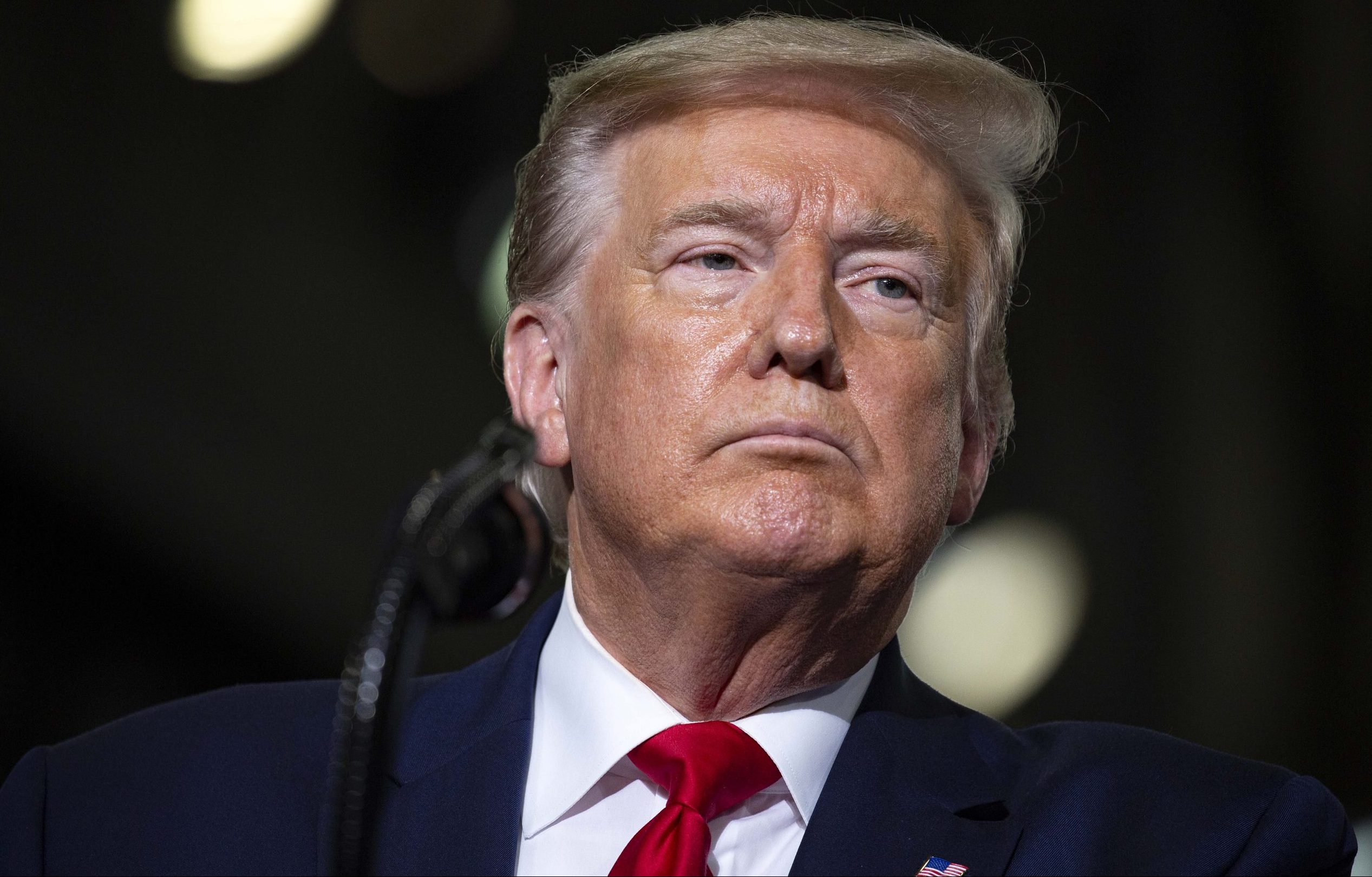 The president told the governors they were making themselves “look like fools” for not calling up more of the National Guard as a show for force on city streets.

Attorney General Bill Barr, who was also on the call, told governors that a joint terrorist task force would be used to track agitators and urged local officials to “dominate” the streets and control, not react to crowds, and urged them to “go after troublemakers.”

Trump’s angry exhortations at the nation’s governors came after a night of escalating violence, images of fires and looting and clashes with police filling the nation’s airwaves and overshadowing the largely peaceful protests. The protests grew so heated Friday night that the Secret Service rushed the president to an underground bunker previously used during terrorist attacks.

On Monday, Trump also spoke of trying to criminalize flag-burning. The Supreme Court has conservative new members since it last ruled on that issue, and Trump said that “I think it’s time to review that again.”

He continued his effort to project strength, using a series of inflammatory tweets and delivering partisan attacks during a time of national crisis.

As cities burned night after night and images of violence dominated television coverage, Trump’s advisers discussed the prospect of an Oval Office address in an attempt to ease tensions. The notion was quickly scrapped for lack of policy proposals and the president’s own seeming disinterest in delivering a message of unity.

Trump did not appear in public on Sunday and was not scheduled to on Monday either. 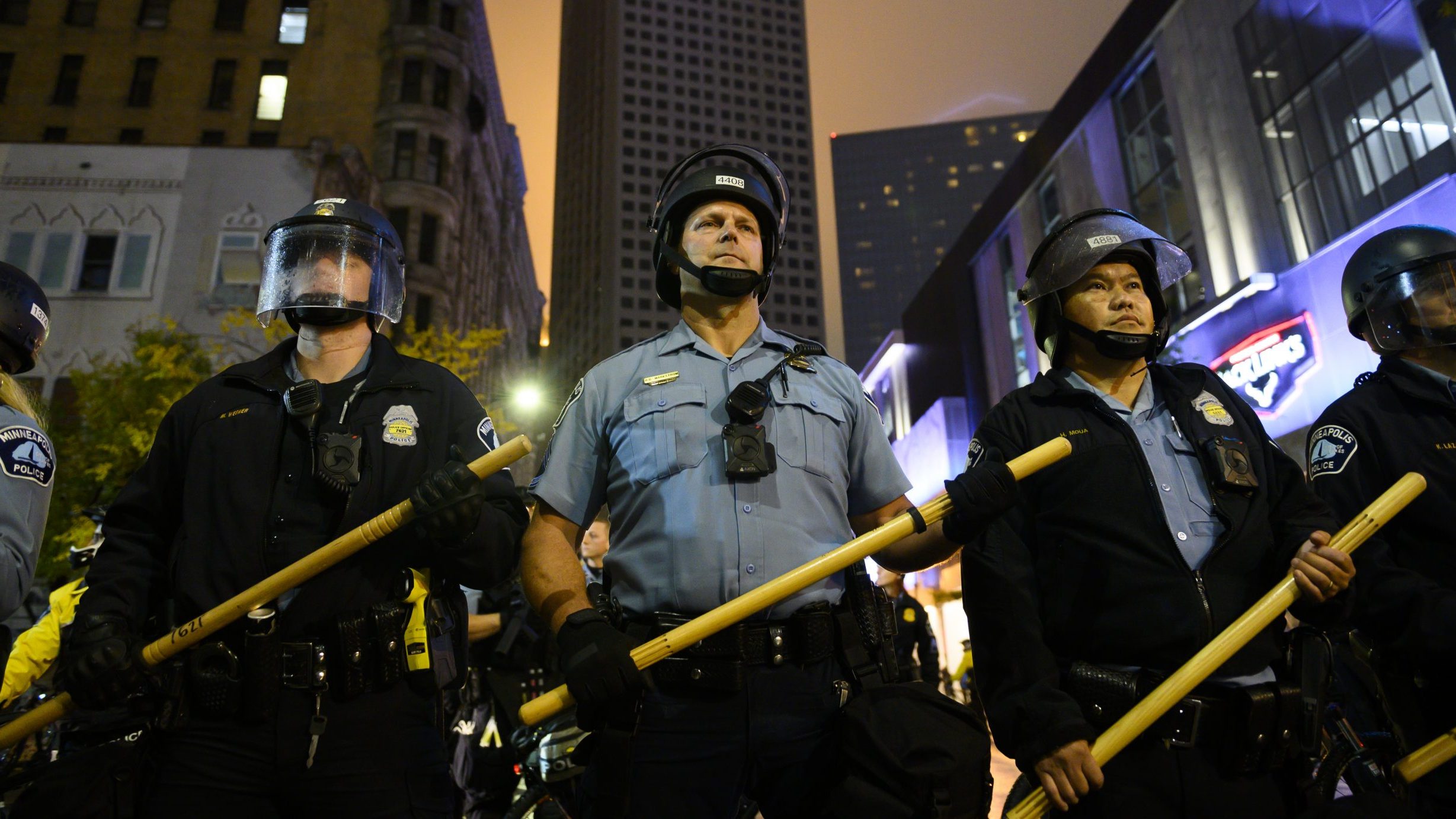 The demonstrations in Washington appeared to catch officers by surprise. They sparked one of the highest alerts at the White House complex since the Sept. 11 attacks in 2001.

Secret Service protocol would call for all those under the agency’s protection to be in the underground shelter.

Demonstrators returned Sunday afternoon, facing off against police at Lafayette Park into the evening. Trump retweeted a message from a conservative commentator encouraging authorities to respond with greater force.

The Justice Department deployed members of the U.S. Marshals Service and agents from the Drug Enforcement Administration to supplement National Guard troops outside the White House, according to a senior Justice Department official. The official could not discuss the matter publicly and spoke on the condition of anonymity.