After being snatched out of their cars by police, students show signs of post-traumatic disorder 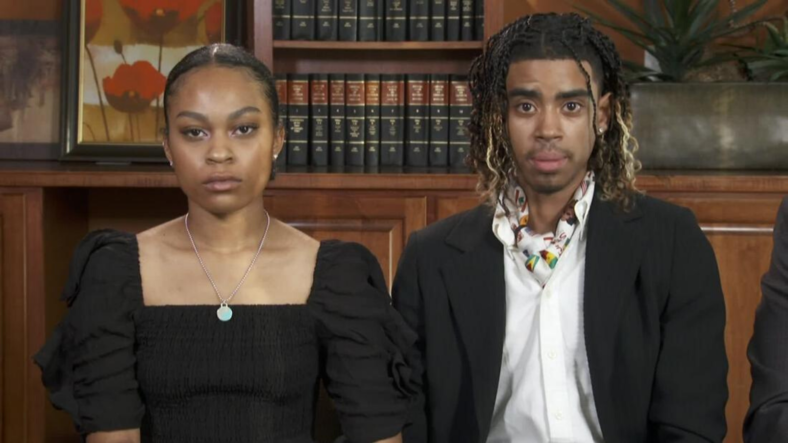 Taniyah Pilgrim and Messiah Young have made a mark on the world.

The young students at Spelman College and Morehouse College, respectively, have become faces of the Black Lives Matter movement since being aggressively snatched out of their car by police last weekend.

The two students were in their car stuck in traffic as people in Atlanta protested the police killing of George Floyd. Both students have stated that they are traumatized by the event.

“It’s probably one of the hardest moments that I’ve had to face in my life. I just can’t even fathom what happened,” Young said on CNN, “At this point, I’m just so far gone, it’s like I’m trying to remove myself from that situation, but it’s really hard to cope with.”

Young was injured with a fractured wrist, bruised ribs, and 20 stitches in his forearm.

“I haven’t even processed the situation and everything that happened,” Pilgrim said. “I don’t want this to continue to happen and have more victims who are traumatized that can’t sleep, can’t eat. I don’t want that for anyone else. This is disgusting. This isn’t right.”

“I thought I might be killed,” says Taniyah Pilgrim, a college student involved in the tasing incident in Atlanta. “Nothing really warranted it. After I realized none of this really had a reason, I was just thinking, OK, this is the end.” https://t.co/jzpsRwEkiU pic.twitter.com/Nf7tnQde2h

The symptoms Pilgrim described are consistent with post-traumatic stress disorder. PTSD is a disorder that develops in some people who have experienced a shocking, scary, or dangerous event.

Pilgrim and Young were snatched out of their car, their windows were broken and each student was tased last weekend as officers alleged they had a gun. The students told CNN they were filming police during the spontaneous protests in Atlanta.

“I heard officers say gun two-three times,” an officer wrote in a report. “Not being able to see the hands of the passenger and being that she was in my immediate sight I deployed my city-issued taser to defuse the situation.”

“As we’ve seen in the past, (there was an) attempt to assassinate the character of these young people to say there was a gun. There was never a gun,” said Young’s attorney Mawuli Davis.

All six officers involved in the incident have been charged. The charges include aggravated assault, simple battery, and criminal damage to property. Two of the six officers were terminated from their positions.