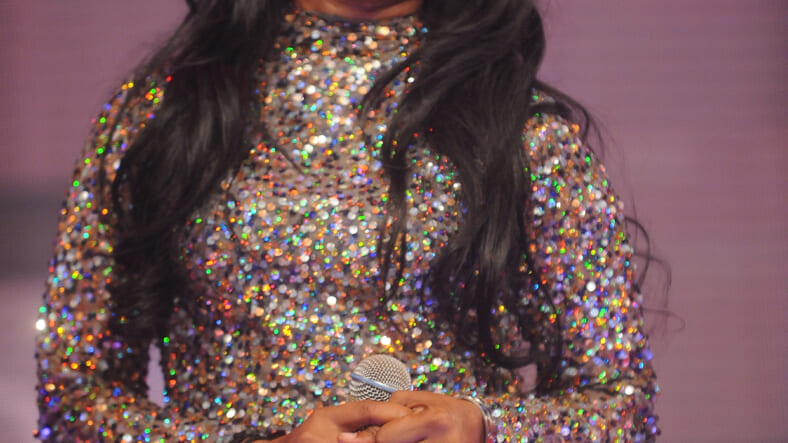 Rap veteran Trina has reportedly been ‘canceled’ by Black Twitter this week after she publicly referred to George Floyd protesters “animals.”

“They need to make the curfew at 6 p.m.,” Trina said while speaking with longtime collaborator Trick Daddy on 99 Jamz Radio, opining that a 9 p.m. curfew was still too late.

“Keep everybody off the street, these animals off the streets, that are running around in Miami-Dade County acting like they have escaped from a zoo. Lock them up at 5 p.m. so the streets can be nice and clean, that’s how I feel,” she continued.

“We can’t bring back nobody lives that has been taken away, whether it’s from the police or the hands of another civilian,” she went on, voicing frustration that her friend’s business had been damaged during the uprising.

If some of y’all was unaware of the coonery Trina Wack Ass said pic.twitter.com/WcJX30IniR

“We cannot bring them back. You cannot pump life back into them at all. I can’t bring back my little brother’s life, his life was taken by the hands of a man, a Black man.”

Trina’s disparaging remarks about the movement that has galvanized the demonstrators in all fifty states and overseas, along with her request that Miami-Dade Mayor Carlos Gimenez tighten restrictions on them, quickly sparked disappointment and outrage from loyal fans stunned by her stance.

What Trick Daddy was thinking the entire time Trina was talking crazy pic.twitter.com/SdlKGpmtaA

Trina is out here calling black people animals for protesting. I didn’t think she was one but… pic.twitter.com/VWjmlPSArc

not trina calling protesters animals when her source of income comes from her showing her old ass out on love and hip hop lmao the jokes just write themselves at this point pic.twitter.com/P0KqN0O0K5

Black celebs are showing their whole ass right now ? but not Trina calling black protesters animals… months after being called a “nigga” by a white woman in Walmart.

Trina is just classless. Nobody listens to her music so she won’t be missed and it’s just funny to me how she calls her own ANIMALS but went CRAZY over a woman who young enough to be her CHILD! pic.twitter.com/0lrLSzkn9d

I would say Trina is cancelled but who tf listens to her music anyways?? pic.twitter.com/nEmiasRXop

Trina: “I Have My License & Registration & Insurance. I Know My Rights”