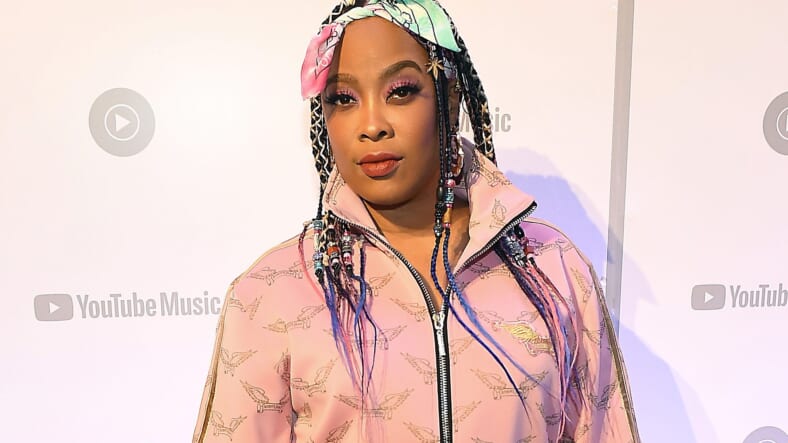 Da Brat publicly came out as a lesbian in March but wants to made it clear it was her own choice to wait until now to confirm speculation about her sexuality.

Da Brat, born Shawntae Harris, burst onto the music scene in 1994 with her album “Funkdafied” and has the distinction of being the first female rapper to have an album go platinum.

Throughout her career, there has been speculation about her personal life.  At one time in the 90s, she publicly dated basketball star Allen Iverson, who said she was a good friend, but ultimately he married his high school sweetheart.

DaBrat never confirmed or denied her sexuality, but earlier this year revealed her relationship with Kaleidoscope Hair Products CEO Jesseca Dupart in an Instagram post in honor of her birthday. 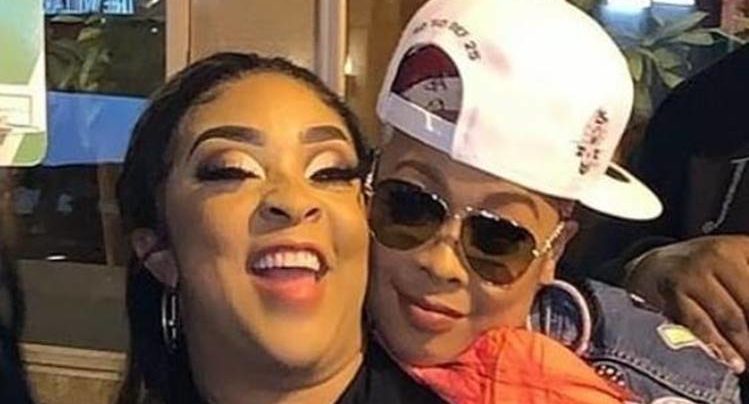 Da Brat recently explained to Variety why the time was now right to publicly claim who she is.

“I’ve always felt like being private is the better way to go, because then you don’t have so many people in your business,” Brat says.

“I was fine staying quiet, but my partner is a social media mogul — that’s how she became who she is. And when you get with somebody, you have to meet in the middle. So to me, the middle was just letting everybody know: ‘Hey, she’s the one.’”

Brat said that making her relationship public wasn’t planned. It was a spontaneous gesture that came about she and Dupart were looking at pictures.

“Jesseca was showing me some pictures and we were going back and forth, joking ‘I’ll post it,’ ‘No, I’ll post it.’ So when she did, I was like, ‘Oh s—! I just came out after 20-something years!’ But it feels good to share with the world when you’re happy.” 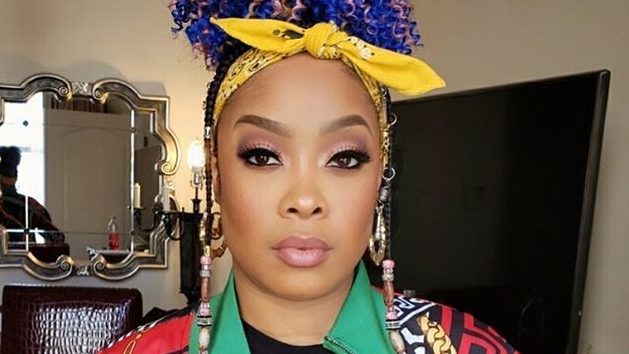 Brat added that she never felt pressured by her record label, So So Def, to hide her sexuality but has said in the past that  it wasn’t “cool” back in the day.

“I was always told you want to be f—able to men and women to sell records — you don’t want anybody to discriminate,” she says. “It was absolutely my decision. I mean, you saw what happened to people like Ellen: Remember when she lost her TV show, and all these horrible things were happening? People were totally against it.”

The star has since crossed over to radio and is part of the Rickey Smiley Morning Show in Atlanta and a co-host of Fox’s syndicated entertainment show Dish Nation. She is also the executive producer of WE tv’s reality show Growing Up Hip-Hop Atlanta. Given the changing social landscape, she no longer has to fear her sexual identity will threaten her career.

But she did say her respect for a beloved family member also held her back from being forthcoming.

“My grandmother has passed away, but she was sanctified,” says Brat. “I would not want anyone in the church to judge her because of what I do. You never want to hurt the people that raised you; you don’t want to disappoint them.”

She added that her mother loves her unconditionally despite her reservations.

“She’s not going to condone it, but she loves me unconditionally. No one in my family has said anything bad or degrading.”

Brat received an outpouring of support from friends, fans, and those in the industry. The rapper is very much so excited about attending her first Pride event.

“If I can inspire someone or help somebody to deal with their issues and their sexuality, then I’m here for it,” she said.

She added, “It feels like a weight has been lifted.”