Media mogul speaks with Ava DuVernay, Stacey Abrams, Keisha Lance Bottoms, and more about race during a two-night special on the OWN 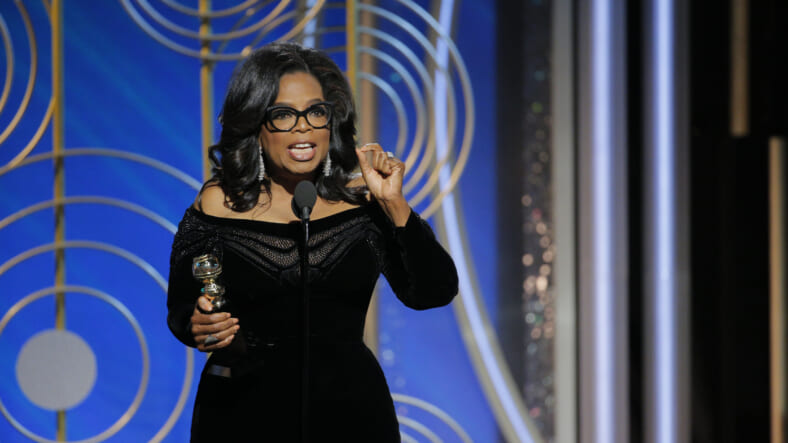 In wake of the police killing of George Floyd, which has sparked nationwide protest and civil unrest, Oprah Winfrey wants to know, Where Do We Go From Here?

The media mogul will explore systemic racism during a conversation with Black influencers, activists, and artists, including Ava DuVernay, Stacey Abrams, and Atlanta mayor Keisha Lance Bottoms, during a two-night special on the OWN channel.

“I’ve been having private conversations with friends and thought leaders about what’s next and where we go from here,” Winfrey said in a statement, per Rolling Stone. “I thought it would be both of interest and service to bring their ideas, concerns, and comments into a national spotlight.”

During a recent conversation about racism with her bestie, Gayle King, Winfrey noted that even her longtime partner, Stedman Graham, has been the victim of racial profiling.

“I do not know a Black man, period, who has not been profiled. I do not know a black man who has not been stopped at some point—including Stedman Graham,” Winfrey said. “There’s no Black mother that hasn’t had the conversation with their son about making the adaption to when you’re stopped, having the right demeanor and behavior and going into that. Whatever is necessary to keep yourself alive.”

Meanwhile, King hit up The Talk on Wednesday to discuss the killing of George Floyd, during which she expressed her own fear over the safety of her 33-year-old son, Will Bumpus Jr.

“My son is 33 years old, and I’m worried about him,” the CBS host said, PEOPLE reports.

King said she advised her son not to take his dog for long walks because “everything is so volatile.”

“But I’m worried about him walking his frickin’ dog,” she added. “I worry for him being a Black man, period. And now everybody is so amped up about everything. I do, I worry a lot about his safety. Welcome to being black in America. This is not new.”