Max Mason was one of several traveling circus workers falsely accused of raping a white woman in the 1920 case.

Mohamed Ibrahim, Associated Press
In this May 30, 2020 photo, a protestor holds up a photo of George Floyd in front of the Clayton, Jackson, McGhie Memorial as part of a large protest in Duluth, Minn. (Alex Kormann/Star Tribune via AP)

A Black man imprisoned in Minnesota a century ago in a case that included the infamous lynchings of three other Black men for the alleged rape of a white woman received a posthumous pardon Friday, with Gov. Tim Walz connecting the historic injustice to the death of George Floyd.

Minnesota’s pardons board voted 3-0 to pardon Max Mason, one of several traveling circus workers accused in the 1920 case. Walz, a member of the board, called it “100 years overdue” and said Minnesota for too long believed that lynchings “happened (only) in the Southern states.”

“There is a direct line between what happened with Max Mason … to what happened to George Floyd on the streets of Minneapolis,” the Democratic governor said, referring to the May 25 death that has become a flashpoint in a national movement against police brutality and racism.

“(Mason’s) criminal justice process, from his first encounter with the police all the way through to his parole, was tainted and fairly characterized as racist and racially biased,” Jerry Blackwell, the attorney who wrote the pardon application, told the board. “With nothing but the accusation and claim of innocence by a white woman and her boyfriend.” 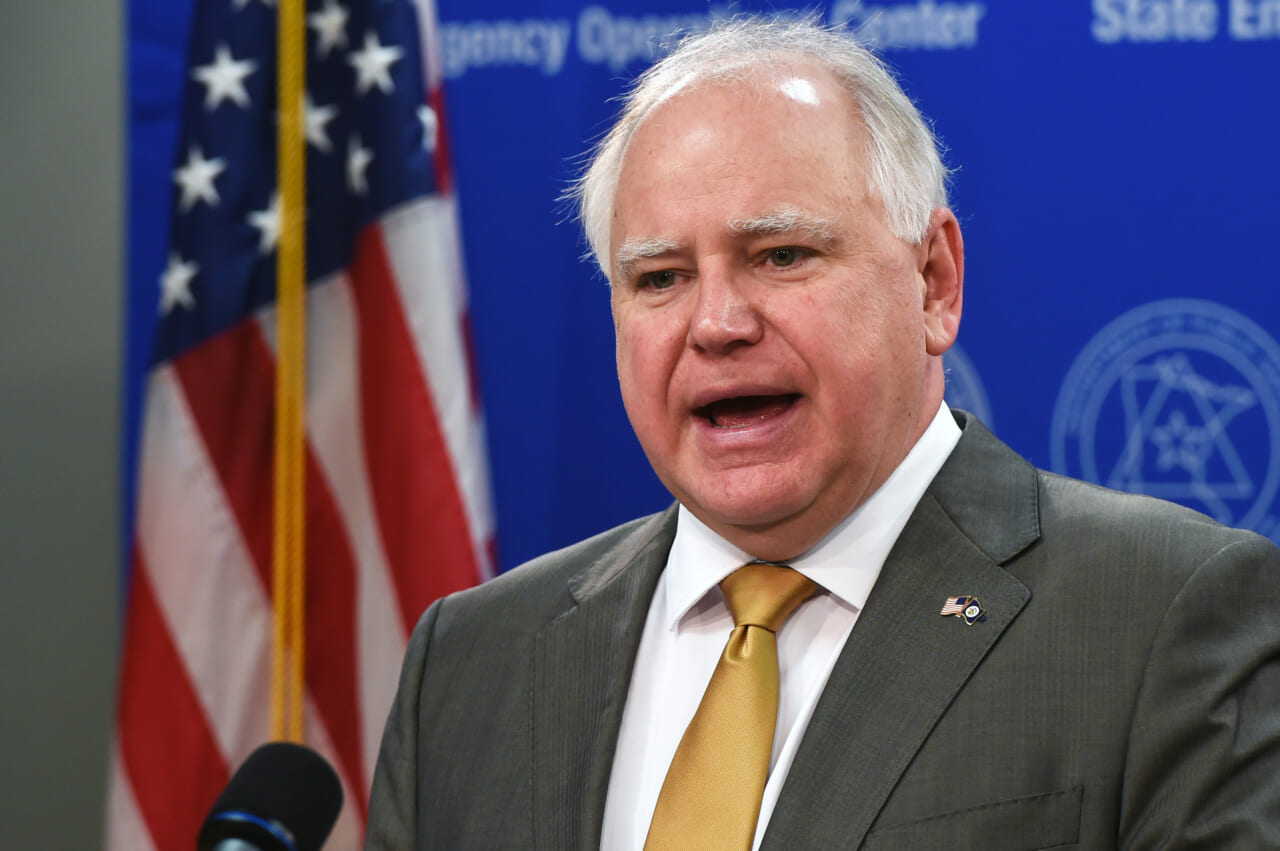 The allegation came from a young man who attended the circus with 19-year-old Irene Tusken in June 1920 and who said six workers forced the couple at gunpoint into a ravine and raped Tusken, according to a case summary prepared for the board.

The man did not mention any attack when dropping off Tusken at her parents’ house but related the story to his father the next morning, the summary said.

Several workers, including Mason, were arrested, but neither Tusken nor the young man could identify any of them as alleged attackers, and a family doctor found no evidence of sexual assault of Tusken, the summary said. Mason was allowed to travel to the circus’ next city, but was re-arrested the next day, and eventually identified as an attacker by Tusken and the young man.

Thirteen other men had been jailed, and three — Elias Clayton, Elmer Jackson and Isaac McGhie — were dragged from their cells and lynched by a white mob the night of June 15.

“Racial terror is not limited to one section of our country,” Ellison, who is also overseeing the case against the Minneapolis police officers charged in Floyd’s death, said before the vote. “It may have taken place more frequently in some places, but there’s not an inch of our country that doesn’t need to address this critical issue.”

Twenty known lynching deaths have occurred in the state’s history, according to the Minnesota Historical Society, but Clayton, Jackson and McGhie were the only black victims.

Mason was convicted in November 1920. During one attempt at a pardon, St. Louis County Attorney Mason Forbes said he “never was of the impression that the evidence was any too strong” and that he regarded it as unlikely Mason would have been convicted if he were white. Mason was paroled in 1925. He died in 1942 in Memphis, Tennessee.

Among those speaking in support of the pardon was Duluth police Chief Mike Tusken, a grandnephew of Irene Tusken’s.

“In recent weeks we have seen an injustice at the hands of those who are sworn to serve and protect in the murder of George Floyd,” Tusken said. “Never has there been a time that we must work relentlessly in our fervent pursuit to seek and find justice than today.”

Treasure Jackson, a founding member of the group that erected the Clayton Jackson McGhie Memorial in downtown Duluth, said the 1920 lynchings and Floyd’s death last month after a white officer pressed his knee into the handcuffed black man’s neck reflect a pattern of “dominance over the lives and the bodies and the spirits of black people” that still persists.

Jackson said the posthumous pardon was justice long overdue, but that such gestures can be an initial step toward healing.

Mohamed Ibrahim is a corps member for the Associated Press/Report for America Statehouse News Initiative. Report for America is a nonprofit national service program that places journalists in local newsrooms to report on undercovered issues.