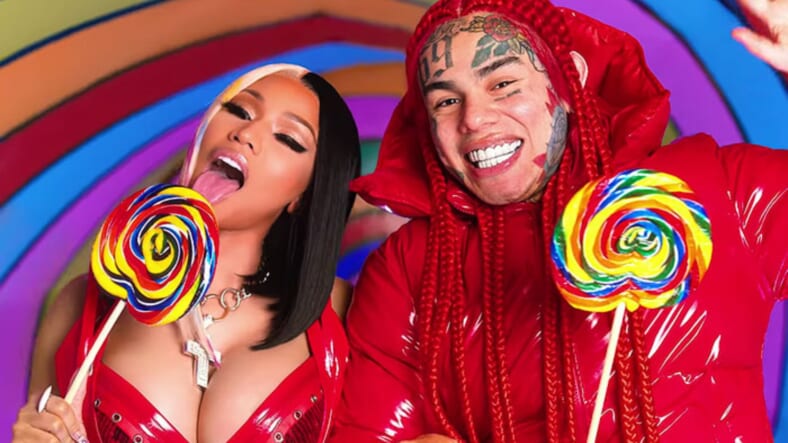 The internet is buzzing today, and no, it’s not another company backtracking after making a foolish decision or someone else getting fired for racist behavior. No, this time its Nicki Minaj and the recently released from prison Tekashi 6ix9ine collaborating on a new song “Trollz.”

The song lives up to its billing as it savages a few other celebrities including actress LisaRaye and R&B star Usher. Well, at least that’s what sharp-eared music fans on social media say. 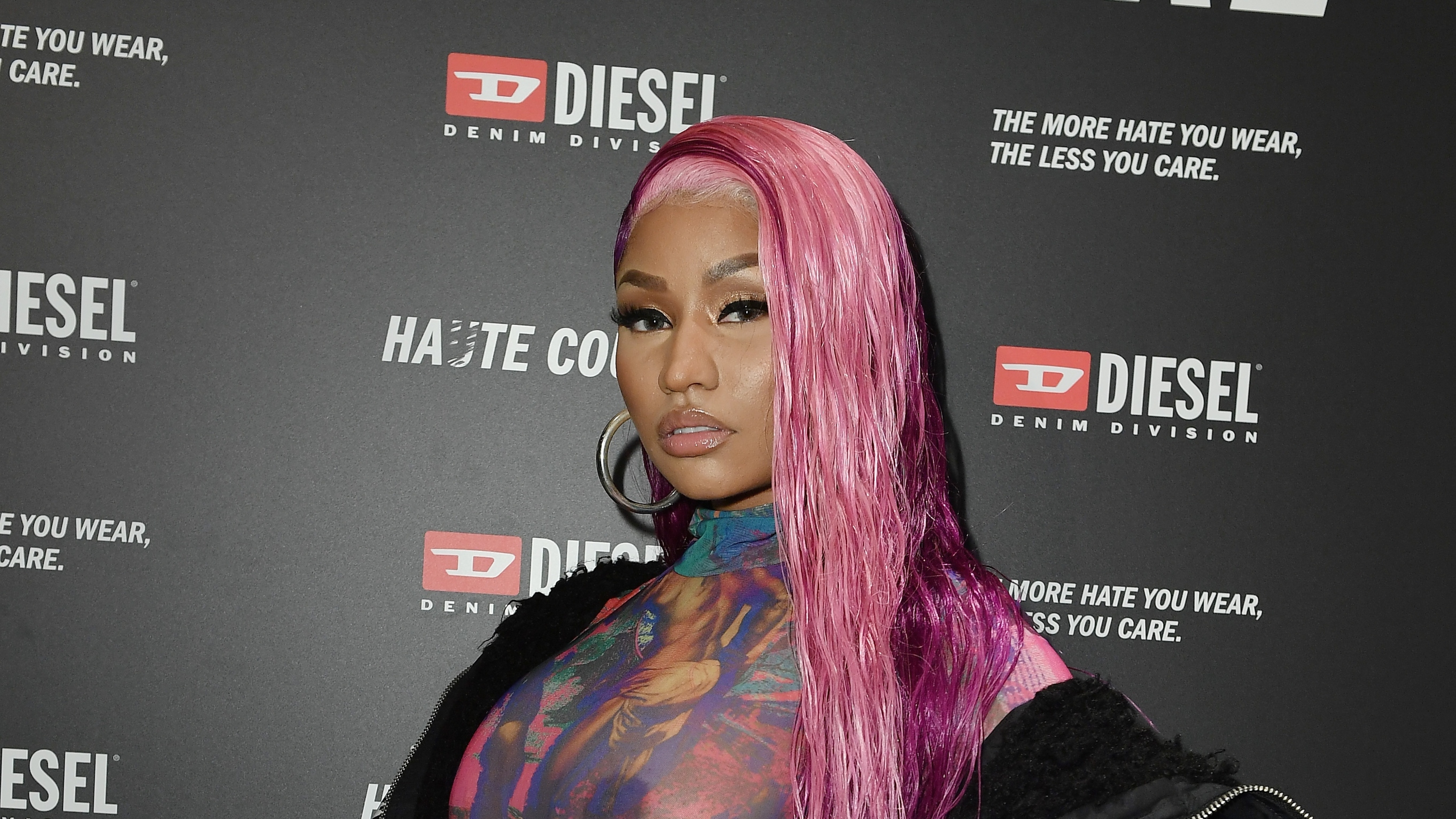 Rapper Nicki Minaj used her fans and internet followers to go after a former BET employee, but this is nothing more than a thinly veiled show of cyberbullying. (GETTY)

Here are the lines:

“Somebody usher this n***a into a clinic/My flow’s still sick, I ain’t talkin’ a pandemic,” Minaj raps. Now of course, this could just be accidental and fans are reading into it but it does appear that it could be a reference to Usher’s alleged herpes diagnosis some time ago.

If so, not so nice, Nicki, since many in the U.S. population are infected as it is a virus, albeit one transmitted through sexual contact unlike, say, the coronavirus.

“Somebody USHER this nigga to the clinic”

(She wore the same wig from her collab with Usher to diss him) pic.twitter.com/Mux7IcysgF

LisaRaye may indeed be the target of this verse:

“Dollar, dollar bill, come get her/Even your man know Nickis do it better,” she spits in a line preceding the Usher reference.

In the 1998 movie Player’s Club, starring LisaRaye, the man who owned the club was named Dollar Bill. You might remember that LisaRaye accused Nicole Murphy of sleeping with her husband, former Turks and Caicos prime minister Micheal Misick. The two were married from 2006 – 2008. Murphy, on her part, denied the accusation.

Minaj took some criticism for making the record with the Brooklyn, New York-born rapper, born Daniel Hernandez, who was just released after testifying against gang members in his Nine Trey Gang in 2019. Though he faced 45 years in prison, his cooperation with prosecutors in the case and his risk of coronavirus due to asthma allowed him an early release this year.

It may be why a portion of the proceeds from the single is going to The Bail Project, Minaj announced on her Twitter account. The organization assists people who need it with bail money.

A portion of the proceeds from #Trollz including merch items, will be going directly to The Bail Project Inc. The fund provides free bail assistance to low-income individuals who can’t afford to pay bail. #BlackLivesMatter #TrollzVIDEO tmrw @ midnight ?? https://t.co/bZEurWg6Jx pic.twitter.com/G0t0crYh8E

LisaRaye, the current host of BET’s true-crime drama Murder In The Thirst hasn’t responded to the collabo, nor has Usher. His last tweet encouraged fans who were residents of his home state to vote in the Georgia primary.