The gun control advocate announced on Instagram this week that she is "officially qualified" to run for office in Florida. 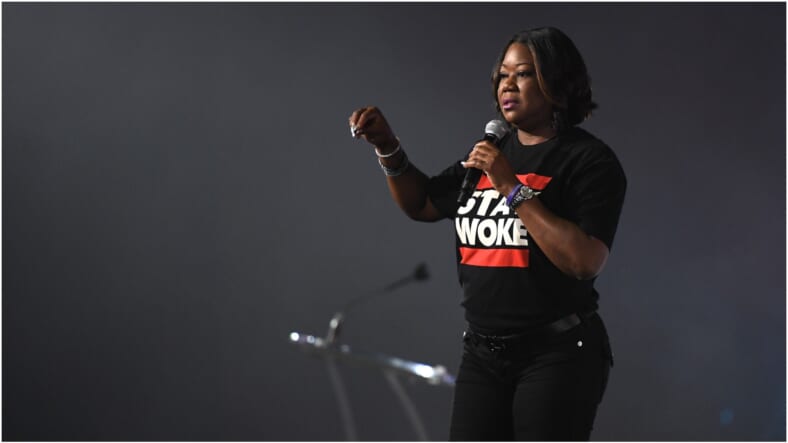 Sybrina Fulton, the mother of Trayvon Martin, rejects the push to divert funds from police departments as a means to bridge the divide between law enforcement and urban communities.

Fulton’s teen son Trayvon was gunned down in February 2012 by neighborhood watch volunteer George Zimmerman, who was ultimately acquitted, sparking national protests. She has since fought for stricter gun control, and is one of several Black mothers to run for public office after their sons were fatally shot, CBS News reports.

Fulton announced on Instagram this week that she is “officially qualified” to run for office in Florida. The Associated Press reported last May that she will challenge Miami Gardens Mayor Oliver Gilbert for a Miami-Dade Board of County Commissioners seat that is up for grabs in 2020 because of term limits.

“I want residents to feel safe,” said Fulton. “I want to bridge the gap between the law enforcement and the community.”

Calls to defund police departments in the wake of the killing of George Floyd have sparked intense debate across social media.

Los Angeles is one of several cities to commit to shifting resources from law enforcement toward other social programs.

In an exclusive interview with theGrio, Governor Gavin Newsom, 52, revealed that he is working with California lawmakers to revamp public safety—but stopped short of advocating for defunding the police, a growing demand from Black Lives Matter leaders.

“The bottom line is we’re asking the police to do things that they shouldn’t be doing,” Newsom explained on Wednesday. “We’ve asked them to be social workers, we’ve asked them to be addiction specialists, behavioral health specialists. We simply require the police to take on too many roles and responsibilities. I think fundamentally, beginning to pull back and structurally reforming what we are asking of police departments is long overdue.”

Newsom has already begun to push for reforms within the Golden State, including working toward a statewide standard for policing peaceful protests and ending the carotid hold, a technique that was used in both the deaths of George Floyd and Eric Garner.