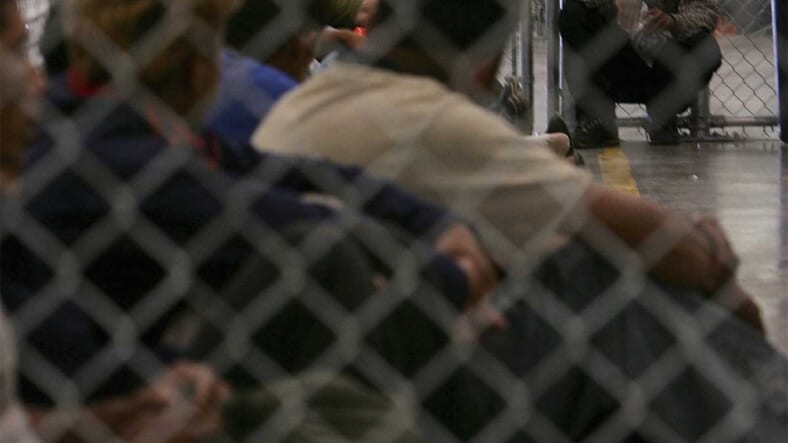 Immigrants in ICE’s detention facility have staged a hunger strike in solidarity with George Floyd.

Black people from Cameroon, Mexico, Ghana, Haiti, Jamaica, Ethiopia, Brazil, and other countries, who are currently being held by the government for being in the country illegally, are protesting against police-involved killings even as they are themselves in captivity.

Our Prism reports, while undocumented Black immigrants represent about 7.2% of the U.S. population, in immigrant holding facilities (a statistic very similar to American prisons) people of African descent make up the majority of those detained.

Thus, those being held have a high sensitivity and support to the civil unrest that the rest of the country is participating in. In support, they have decided to protest.

Asif Qazi, a Bangladesh immigrant who has been in captivity since February, handed a guard a written statement about their strike.

“We begin our protest in memory of our comrades George Floyd, Breonna Taylor, Oscar Grant, and Tony McDade. Almost all of us have also suffered through our country’s corrupt and racist criminal justice system before being pushed into the hands of ICE,” the statement read in part.

Although Qazi is not Black, before he was detained, he lived in the Black community in East Berkeley and so racism first hand.

“I saw with my own eyes that police racially discriminate against minorities, and especially Black people, every day,” Qazi said.

READ MORE: 5 Things you can do to help children ripped from their families by Trump’s brutal ‘zero tolerance’ immigration policy

Qazi also is a father of two Black daughters.

Centro Legal de la Raza, an Oakland-based Pro Bono legal service that specializes in helping detained immigrants statewide, supports the hunger strikes as a means for these individuals to engage in peaceful activism and protest.

“I’ve noticed that Black immigrants have often been involved in leadership, and organizing on the inside,” said Lisa Knox, managing attorney at Centro Legal.

“Perhaps it’s because folks who are the most marginalized are the most willing to speak up; and they’re often the most aware of how systems of oppression work.”