The unarmed 27-year-old was killed on June 14 by Atlanta police. The manner of death has been classified as a homicide. 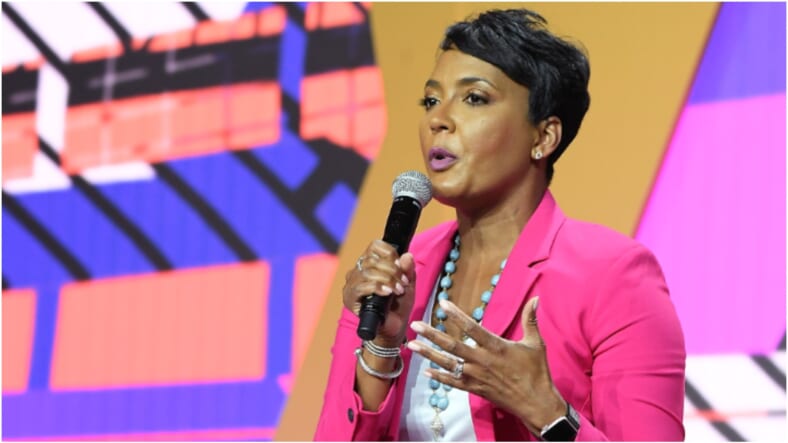 Atlanta Mayor Keisha Lance Bottoms has addressed police brutality and race relations in America amid the city’s latest fatal shooting of a Black man by police.

Bottoms was moved to tears while speaking about Rayshard Brooks at a press conference on June 15, during which she also announced police reform in the city.

The unarmed 27-year-old was killed on June 14 by Atlanta police. The Fulton County Medical Examiner’s office determined that he died of organ damage and blood loss after being shot twice in his back, theGrio reported. The manner of death has been classified as a homicide.

When asked by a reporter (around 20:10 of the clip below) what message she has for local demonstrators who are demanding justice, the mayor made clear that “my anger and my frustration matches theirs,” she said.

“The difference is that I am using the bully pulpit that I have as mayor to effectuate long-lasting change in this city, but I am equally if not more concerned. I am equally mad, I am sad. The entire range of emotions to watch Mr. Brooks on Friday night talk about wanting to go home for his daughter’s birthday. It breaks my heart, and there is nothing that I can say and that I can do as mayor that will bring him back,” she added.

“But what it does mean is that I will continue to try each and every day to make sure it doesn’t happen again.”

According to WSB-TV 2 Atlanta, Brooks had fallen asleep in his car, causing alarm to at least one employee at the University Avenue Wendy’s fast-food restaurant. The worker called the police and after the officers confronted him, a physical altercation between Brooks and officers Garrett Rolfe and Devin Brosnan resulted in his fatal shooting.

During a press conference on Monday, Brooks’ widow Tomika Miller urged supporters to remain peaceful during the family’s fight for justice.

“I just ask that if you could just keep it as a peaceful protest that would be wonderful, because we want to keep his name positive and great,” Miller said. She added, “There is no justice that can ever make me feel happy about what’s been done. I can never get my husband back. I can never get my best friend,” Miller explained.

Brooks’ cousin, Tiara, told reporters, “We’re tired and we are frustrated. Most importantly we’re heartbroken, so we need justice for Rayshard Brooks.”

During a CNN town hall Sunday, Mayor Bottoms noted that Brooks was “not confrontational” during his encounter with law enforcement and called him, “a guy that you were rooting for.”