The Palmdale community is demanding answers after Robert Fuller appeared to be lynched near City Hall last week. 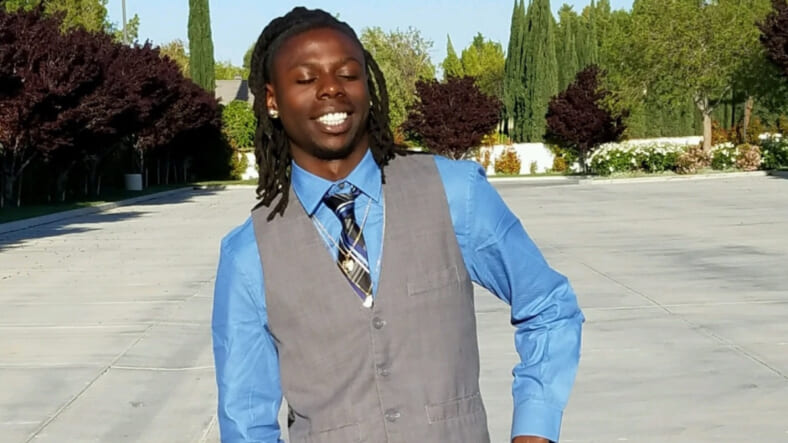 The L.A. County Sheriff’s Department has launched an investigation into the death of a 24-year-old Black man who was found hanging from a tree in northern Los Angeles last week.

The Palmdale community is demanding answers after Robert Fuller appeared to be lynched near City Hall, theGrio previously reported. His hanging, originally ruled a suicide, sparked outcry from residents who believe his death looks suspiciously like a homicide.

Following a weekend of protests over the case, Attorney General Xavier Becerra said his office will assist the sheriff’s department in the investigation, LAist reports. During a press conference on Monday, L.A. County Chief Medical Examiner-Coroner Jonathan Lucas said officials will “look into it a little more deeply and carefully” and consider “all the circumstances at play.”

“We will fully cooperate with the Sheriff’s Department, the Los Angeles County’s Coroner’s Offices, and any and all investigative agencies looking into the matter,” Mayor of Palmdale City Steven Hofbauer said.

“We are awaiting all available details surrounding this tragedy. In addition, we are working with local community leaders to increase the dialogue on how we can best work together and build a safer and more inclusive community,” Hofbauer added.

The FBI will reportedly monitor the case as well.

No answer for why they claimed it a suicide in 1st place–homicide now investigating https://t.co/gCBzR9as8b

Palmdale City Hall predetermined that Fuller killed himself over the COVID-19 crisis because there was no evidence to suggest foul play. His death comes less than two weeks after 38-year-old Malcom Harsch was found hanging about 50 miles away in the city Victorville. Authorities don’t suspect foul play was involved.

I’m deeply saddened by the deaths of Robert Fuller and Malcolm Harsch. My heart goes out to their families and friends in what is surely a difficult time. It’s only appropriate that these deaths be investigated for any possible racial motivations and any cause beyond suicide. pic.twitter.com/EnjOaZ7aPU

The families of both victims, however, co-sign with the pubic in that their deaths were lynchings, not suicides.

“Two young Black men who both families said had no history of depression, mental illness whatsoever, had everything to live for. I find it very strange they were hung within days of each other,” activist Najee Ali said Monday at a news conference in L.A.