The Atlanta-based mogul will lend a hand to the latest victim of brutal policing by taking care of funeral expenses.

Rayshard Brooks’ family held a press conference Monday where it was revealed that Tyler Perry will be paying for his funeral.

READ MORE: Rayshard Brooks autopsy reveals he died of two gunshots to the back

Brooks, 27, died last Friday after an employee from Wendy’s contacted police because he was allegedly sleeping in his car outside. At first, was engaged in cooperative conversation with officers Garrett Rolfe and Devin Brosnan but a scuffle over an Rolfe’s Taser soon ensued. 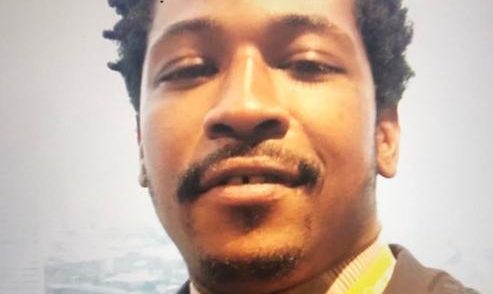 Brooks was shot twice in the back while running away and died at Atlanta’s Grady Memorial Hospital. The autopsy revealed the cause of death as homicide due to organ damage and blood loss. District Attorney Paul Howard stated on Sunday that there could be charges filed against Rolfe, who was fired from the force while Brosnan was placed on suspension.

Chastity Evans, 27, Brooks’ niece, was the first person from the family to speak. She said one of their biggest fears had come true as another unarmed Black man died at the hands of police. This time, it was a loved one.

“Blessing, Memory, and Dream will never get to see their father again. Not only was he a girl dad but he was a loving husband, caring brother, and most importantly to me, an uncle I could depend on. Rayshard Brooks was silly, he had the brightest smile and the biggest heart and loved to dance since we were kids,” she said.

Evans said no one expects to be shot and killed in the streets because they fall asleep in their car.

“We’re not only pleading with justice, we’re pleading for change. Zone 3 where my uncle was killed was the same zone we represented and loved all our lives. We stood with the Atlanta police department when they were just tearing up our city and said this doesn’t happen here, leave them alone. And here we are three weeks later: those same police took something from our family that we’ll never get back: Rayshard Brooks.”

LIVE: Rayshard Brooks' widow Tomika Miller and other family members are holding a news conference. Brooks was shot and killed by police in Atlanta: https://bit.ly/2UMy2eh

Tomika Miller, Brooks’ widow, thanked everyone for their support. She said it would be a long time before she and their family healed from his death.

“His name will forever be remembered,” Miller said. She added, “There is no justice that can ever make me feel happy about what’s been done.”

However, she wanted the protests over his death to remain peaceful to “keep [Brooks’] name positive.”

L. Chris Stewart, who is representing the family along with Justin Miller, shared that he’d been contacted by a witness of the shooting. The unidentified person shared photos of where their vehicle had been sprayed with a bullet.

“A couple of feet up and we would’ve had another loss of life. So, try to justify the actions of shooting at Mr. Brooks as he’s running away in a crowded Wendys’s parking lot when you can easily catch him later for what started off as a very non-confrontational situation. It can’t be justified.”

Stewart demanded that justice and not just through policy reform but mental health training. He argued that officers showed a lack of empathy by not simply allowing Brooks to walk home if it was believed he was too impaired to drive home. Brooks admitted that he’d drank a margarita.

READ MORE: Cousin of Rayshard Brooks says he thought Atlanta was better than this

Stewart also took the time to express his thanks and gratitude to Tyler Perry. The Hollywood mogul and Atlanta resident will be paying for Brooks’ funeral expenses.

“It’s support like that and it’s people who are actually in this community, love this community, who want that healing, to step forward. And we want to thank him for such a generous move,” Stewart said.