From Flagstaff, Arizona to Boston, Black female politicians are taking charge in the fight against COVID-19 and police brutality 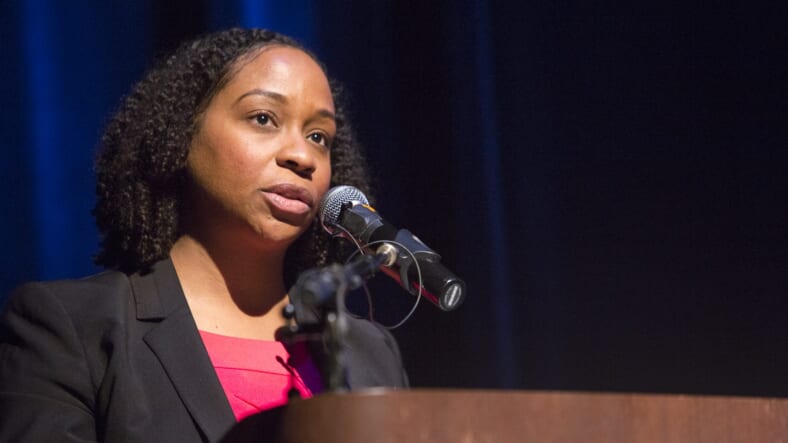 Since February 2020, America has been decimated by COVID-19, a disease that has caused unemployment to skyrocket, uncertainty to flourish and over 100,000 deaths across the United States.

While many of the country’s national leaders have struggled to address the pandemic, several local leaders—Black women in positions of power—have taken the fight against the disease head on. theGrio spoke exclusively with three of those women, Boston City Councilor Andrea Campbell, Flagstaff Mayor Coral Evans, and Boston City Councilor Lydia Edwards, about their plans for equitable recovery for people of color, how they’ve personally dealt with such drastic change and why their commitment to their constituents motivates every policy they advocate for.

Campbell is no stranger to tough fights. Following the death of her mother and the incarceration of her father, Campbell spent years in foster care, jumping from house to house in Boston. She eventually ended up at her dad’s home following his release, however, that living situation was also short-lived.

Sadly, Campbell’s father passed away when she was only 19. Heartbroken but undeterred, the councilor went on to attend Princeton University and grow into the community-focused political leader she is today, becoming the first Black woman elected as Boston City Council President in 2018.

RELATED: Black people are in no rush to re-open economy despite financial hits

“Diversity in leadership matters, and that includes diversity of experience,” Campbell explained. “I talk about growing up poor, with relatives and in foster care because my mother died when I was 8 months old and my father was incarcerated for the first 8 years of my life — I talk about losing my twin brother after he cycled in and out of the criminal justice system — I talk about my deep sense of faith and the importance of my church community — all of these things because I know the people I represent connect to these experiences and have never seen them represented in elected leadership.”

She continued, “My story illustrates that a child’s life is not predetermined by the zip code or circumstances they are born into, but by the opportunities we afford them to dream and succeed. I want young people in my community to know that their struggles are not limiting or defining for them, but that they make them powerful.” 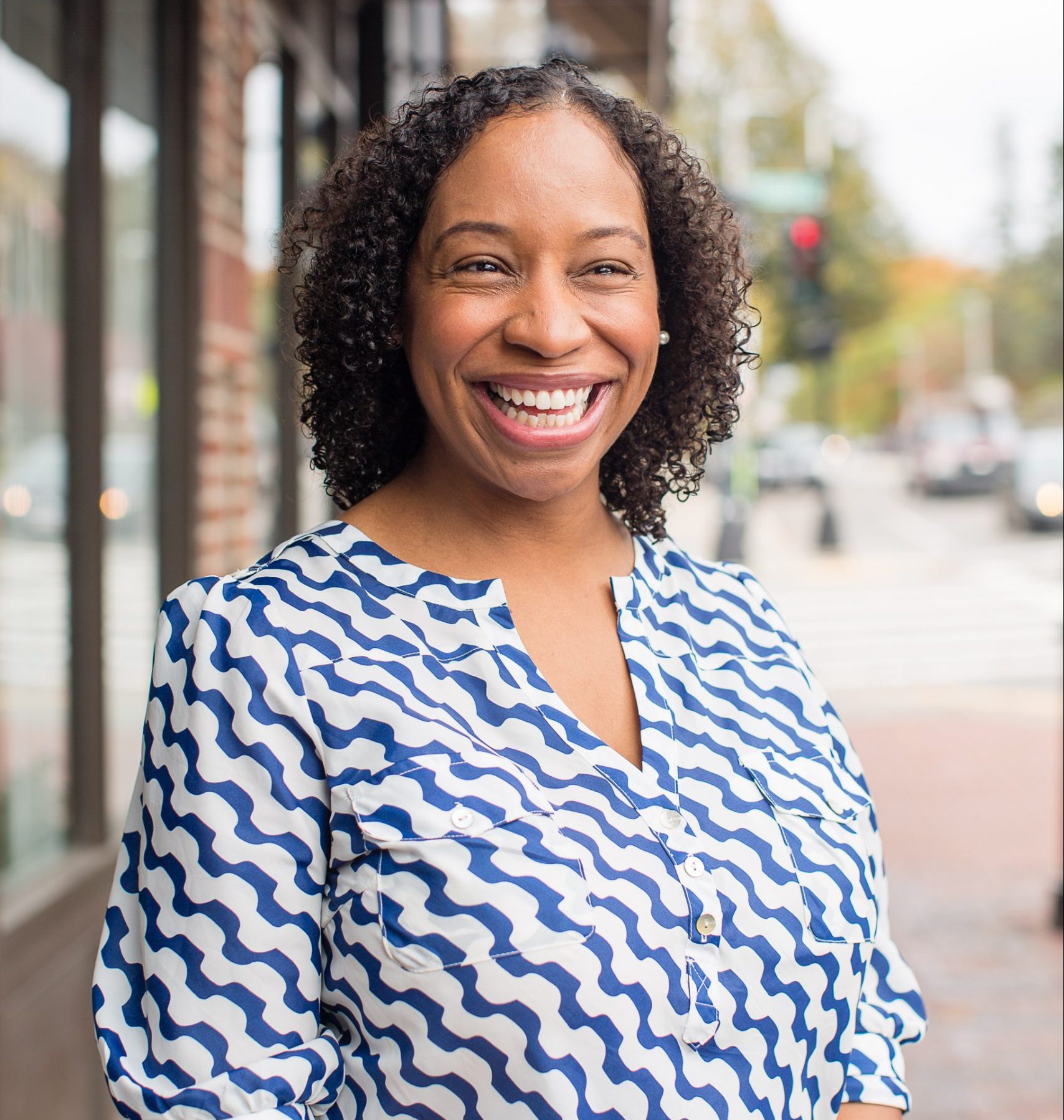 Campbell’s background has shaped not only who she is, but also the educational policies she advocates for in relation to the coronavirus pandemic. Edwards, who was first elected into office in 2017, also voiced her commitment to educational reform in Boston and equal access to technology for students.

“One of the saddest elements of COVID-19 is the way it has highlighted, and deepened, racial disparities in health, economic opportunity, and education,” said Campbell. “Students who are already the most at-risk of slipping through the cracks are the kids that are falling further and further behind because they don’t have access to a device at home, or because their parents need to work and can’t spend all day also serving as their child’s teacher.”

She continued, “My focus has been to push the leaders of our school system to think outside the box to make sure we’re structuring our support for Boston kids in a way that prevents them from falling permanently behind. We can’t allow an entire generation of students to have their education derailed by this virus.”

Campbell represents District 4 within the city of Boston, which includes parts of Mattapan, Dorchester, Roslindale and Jamaica Plain. The area has one of the highest percentages of Black residents in the city and among the highest rates of COVID-19, according to Campbell. Edwards represents District 1, which includes the neighborhoods of Charlestown, North End and East Boston, where access to housing for self-quarantine is a major concern.

One of the things both women have struggled with during quarantine is not being able to interact with their constituents in the way in which they’ve become accustomed: meeting with them face-to-face and listening to their concerns.

“The people behind these statistics are my friends, neighbors and constituents. They are often community elders. We eat together, worship together and greet each other on the street. Their deaths are heartbreaking to me,” Campbell explained.

Edwards, who is advocating for a liquor license purchase program that would offer financial relief for small businesses, has taken to Twitter to stay connected with her constituents.

We can give the businesses the cash they need to continue operating. This also gives the city more control of a licensing system that doesn't work. This isn't a silver bullet, but it should be a tool we consider. #bospoli #mapoli pic.twitter.com/F8EqhMPmyi

Campbell, meanwhile, is not only advocating for education initiatives to combat the negative effects of the virus, but also investing in and supporting Boston’s community health centers, opening up opportunities for minority-owned and women-owned businesses and tackling criminal justice reform.

Reimagining Boston’s policing system is a cause near and dear to Campbell’s heart due to the death of her twin brother, Andre. The 29-year-old passed away eight years ago while he was a pretrial detainee in the custody of the Department of Correction.

“I ask myself, ‘How do two twins born and raised in the city of Boston have such different life outcomes?’ There are systems that failed my brother, and the most obvious ones are the education system and the criminal justice system,” Campbell told theGrio. “Yes, I want to see comprehensive criminal justice reform, including ending mandatory minimums, eliminating fees and fines, ending the use of solitary confinement in our prisons, raising the age one can be tried as a minor to 21, and investing more money into reentry programs. But I also want us to intentionally and aggressively address the inequities that make our communities more vulnerable to incidents of crime and violence: poverty, lack of quality jobs or economic mobility, poor schools in our communities, poor housing, lack of opportunities, including jobs for youth.”

Like Campbell and Edwards, Mayor Evans is also committed to social justice reform. The Flagstaff politician was first elected as mayor in 2016 and has addressed a number of issues while in office, including the coronavirus pandemic and the Black Lives Matter movement.

Evans believes that one of the keys to fixing America’s policing problem is voting, along with reinvesting in Black communities.

“First and foremost, is the ability to vote,” Evans stressed. “I’ve been telling everybody that there should be somebody signing up protesters at these events to vote. You have millions of people, thousands of people, hundreds of people [protesting]. Now I want to be clear, I understand that some people can’t vote, and some people’s rights have been taken away to vote. But when I look at this, I’m like, ‘Everybody who is in that protest should be registered to vote.'” 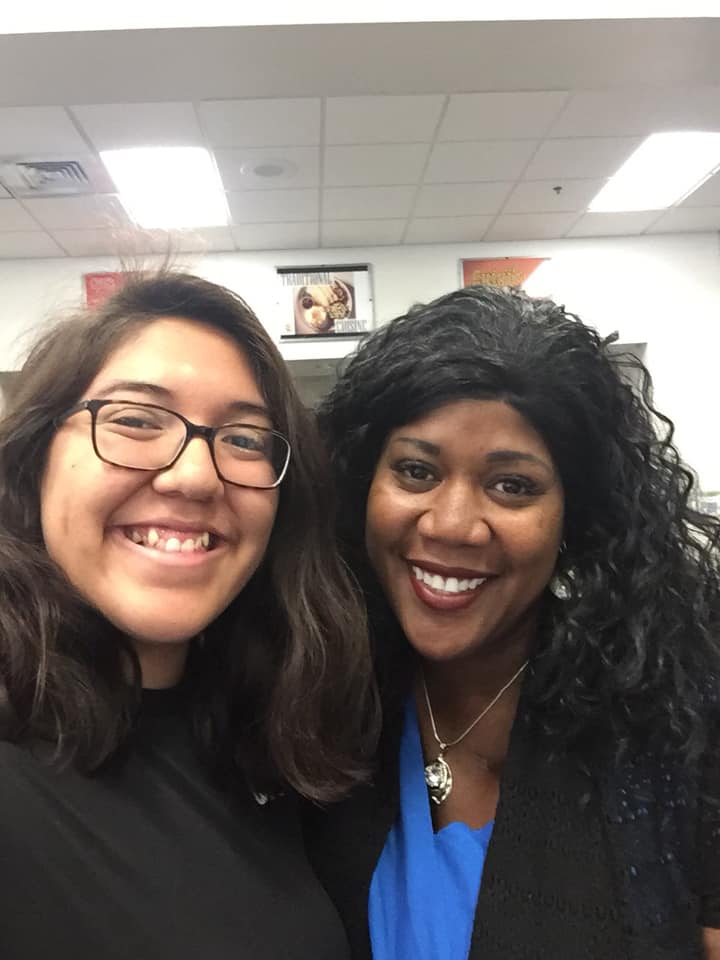 Mayor Coral Evans is pictured in a 2018 photo with a constituent. (Credit: Coral Evans/Facebook)

“We talk about our voice and our voice is our vote–our voice is also our money. You know, and it doesn’t matter how much money you have or don’t have,” Evans said. “What if we were to invest in Black businesses or businesses that support the values and goals and the uplifting of Black people? So I’m encouraging everybody to start looking around. If there’s not a Black Lives Matter [sign] in your favorite coffee shop, perhaps you should ask them why it’s not there.”

Evans push for social justice reform extends to the COVID-19 pandemic, which has disproportionately impacted not only the Black residents of Arizona but also the Navajo reservation. The mayor was one of the first officials to close down her city, before any stay-at-home orders were issued by the state.

“It’s very problematic to have something like a health pandemic happening at a statewide level, and there be a lack of direct communication with all branches of government,” Evans said about the disconnect between state and local leadership in Arizona. “This particular disease is hitting certain populations of people more so than others. … We have a high rate of COVID-19 on the Navajo reservation, and it’s greatly impacting people of color. So my thought remains the same, that we need to be doing everything we can to eradicate this in our community to have a better quality of life. I think that we need to be disciplined in the following of a science-based strategy [to reopen].”

RELATED: Senator questions if ‘colored population’ not washing hands is behind COVID-19 disparity

According to Evans, some of the major issues to address prior to fully reopening include equal access to technology for online schooling and combating food insecurity within impoverished neighborhoods. Once Flagstaff is in a place to fully reopen, Evans is looking forward to interacting with her constituents again.

“I love being out in my community, talking to everybody, you know, stopping in all the stores and I can’t do that right now,” she explained. “But I’ve been spending a lot of time on the phone. I have been calling people randomly, directly, like, ‘Hi, this is Mayor Coral. How’s it going?’ I’m doing Facebook Live, doing coffee with my ‘Coffee With Coral’ [event]. I had a monthly coffee for the last 13 years where I would show up at a restaurant here in town that is well established, known, well loved, and I would show up and I would pay for coffees. … So I’ve had to take those online.”

She concluded, “I think that because things are online, when people are posting, that there’s some people that are saying things that they would not necessarily [say] if they were talking to you face-to-face. I understand that this is a very stressful time, but we still need to make sure that we are being civil in our discord.”