'The only way to combat unjust power is to destroy it' 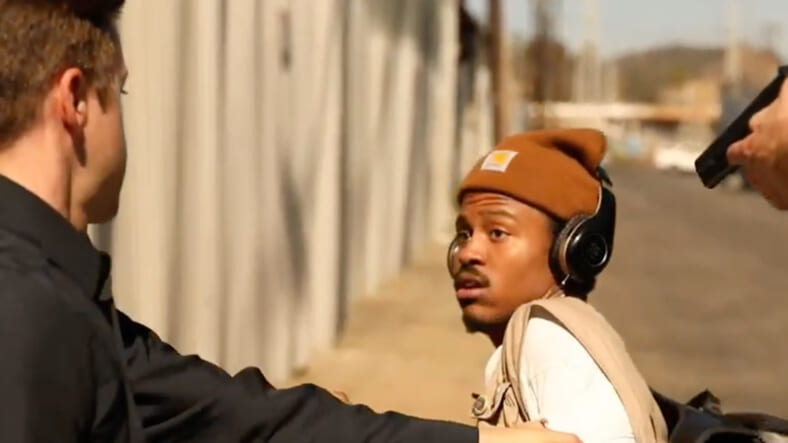 Don’t Sleep, Los Angeles! The impact of police shootings of Black men and women is examined in Jack Taylor‘s short film Don’t Sleep, which has been made public to bring awareness.

In the movie, Reese Walker was heading to see a friend on Avenue 17 while he was listening to music with a pair of headphones on. He minded his own business when suddenly two police officers pursued him from his back inside their car.

Without hesitation, the officers stepped out of their car, one of whom drew out his gun while the other officer decided to grab hold of the unsuspecting Black man.

Unwittingly, Reese’s quick reaction to the officers’ questioning led to his death, two shots to the back. Reese collapsed to the floor. He was gasping for air, unable to breathe from what sounds like him gurgling blood, slowly dying away.

Time has passed, but Reese’s death would have a dramatic effect on his big brother, Alvin Walker. Suicidal and paranoid, Alwin sought revenge on the police that took the life of his brother.

Strapped with explosives underneath his black hoodie, Alvin managed to persuade the same police officers responsible for killing Reese to follow him on Avenue 17. With his back turned and his arms up, he unzipped his jacket as he faced the police, revealing him to be equipped with a detonating bomb.

Exhibiting schizophrenic behavior, Alvin eagerly blew himself, along with the police officers, up.

This is the synopsis of Taylor’s 2018 short film, which he wrote and directed. In honor of Breonna Taylor’s 27th birthday on June 5, the film was re-released for those interested in a creative take on police brutality.

Brothers Reese and Alvin were played by Ian Desdune and Latham Ford, respectively.

Jack, who played a prison security guard in Jay-Z’s Legacy music video directed by Jeymes Samuel, made a cameo appearance in his film. Jack is playing as the ghost of Colin Richardson, the film’s recent victim of police brutality – he died from a chokehold after an officer questioned him at a convenience store.

The message of the film is apparent, even stated in the description of the YouTube video.

“The only way to combat unjust power is to destroy it,” Fly in Rice Media, Jack’s production company wrote.

Breonna was killed by police who intruded inside of her Louisville home after a judge issued a “no-knock” warrant.