NYPD officer in ‘chokehold’ video had prior brutality case

NEW YORK (AP) — A New York City police officer removed from duty after he was recorded putting a man in what the police commissioner said was a banned chokehold once faced criminal charges alleging he pistol-whipped a teenage suspect and broke two of his teeth.

The police department moved quickly to suspend Officer David Afanador without pay after Sunday’s confrontation on the boardwalk at Rockaway Beach in Queens. Police Commissioner Dermot Shea said Monday the swift action was a sign of “unprecedented times.”

“I think we have an obligation to act swiftly but we also have to get it right and to inform the public about what’s going on,” Shea told TV station NY1.

Shea announced the suspension hours only hours after video of the incident was posted on social media.

It’s at least the second time Afanador has been suspended from the force. The officer was sidelined after his 2014 arrest, only to return to duty after a judge acquitted him and his partner of all charges in 2016.

In that case, Afanador was seen on video using his gun to hit a 16-year-old boy during a marijuana bust. The beating continued until the boy dropped to the ground and was handcuffed. That altercation, which came six weeks after the police chokehold death of Eric Garner, also made news headlines.

Afanador was involved in eight incidents that were the subject of complaints to the city’s police watchdog agency since joining the police department in 2005, according to records obtained Monday under a new state law making disciplinary files public. 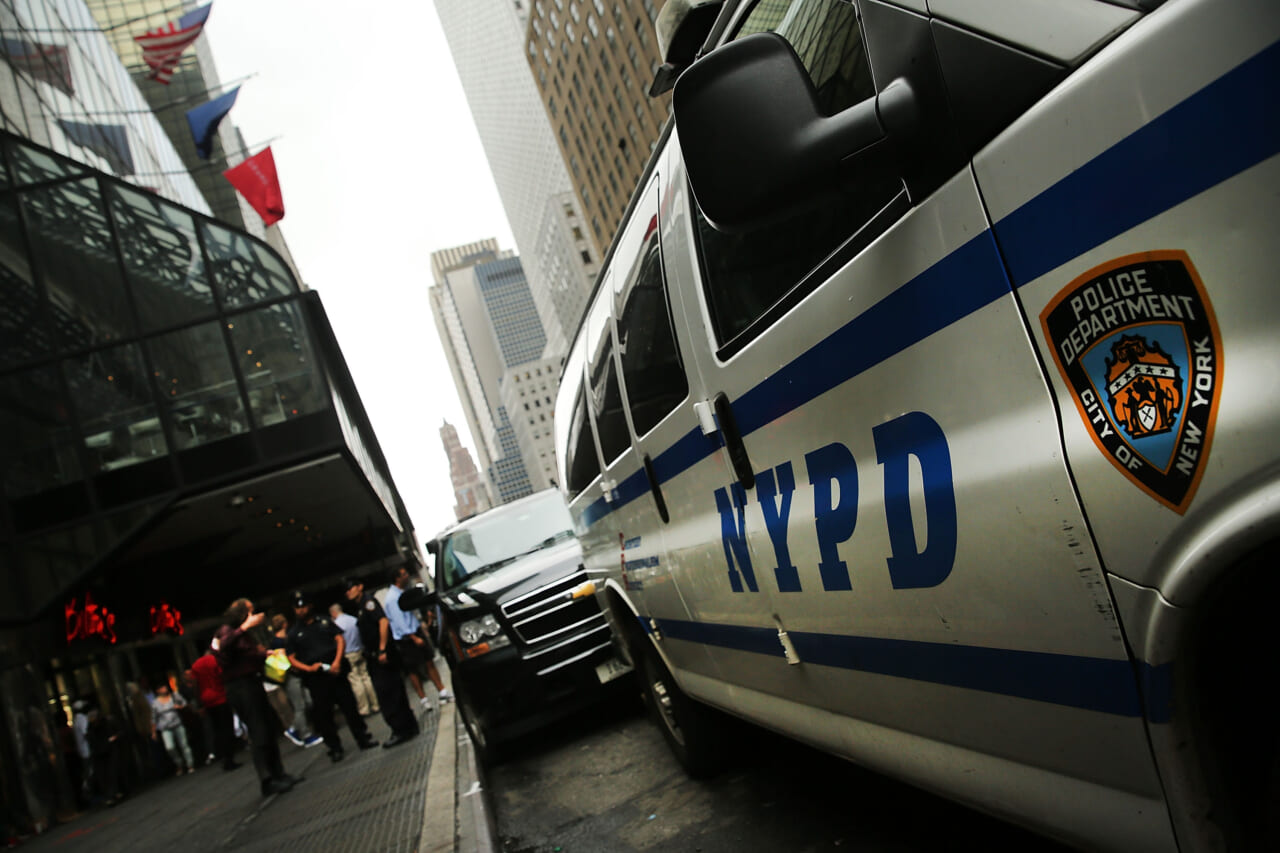 They ranged from using discourteous language to use of physical force and refusing to seek medical treatment. All of the allegations to the city’s Civilian Complaint Review were either unsubstantiated or led to exoneration except for the ones stemming from the altercation that led to his arrest.

In Sunday’s incident, in the wake of protests over George Floyd’s killing by police in Minneapolis, a video shot by one of the men involved in the altercation showed officers tackling a Black man and Afanador putting his arm around the man’s neck as he lay face down on the boardwalk.

Body camera footage released later by police showed that for at least 11 minutes before the arrest, three men were shouting insults at the police while the officers implored them to walk away.

Chokeholds have long been banned by the NYPD and their use has been especially fraught since Garner died in 2014 after an officer put him in a chokehold while trying to arrest him. Gov. Andrew Cuomo last week signed a statewide ban on police chokeholds.

The speed with which the NYPD suspended Afanador stood in sharp contrast to the drawn-out police disciplinary process of years past.

Shea said he does not believe there is systemic racism in the NYPD. He is scheduled to testify Monday at the state attorney general’s hearing on police officers’ rough treatment of protesters.