Noose found in Bubba Wallace garage was there since last year, FBI says

U.S. Attorney Jay E. Town further explained in a statement that the decision not to pursue charges was proper after review.

Bubba Wallace, driver of the #43 Victory Junction Chevrolet, stands by his car before qualifying for the NASCAR Cup Series Auto Club 400 at Auto Club Speedway on February 29, 2020 in Fontana, California. (Photo by Katelyn Mulcahy/Getty Images)

The FBI has determined that NASCAR driver Bubba Wallace was not the victim of a hate crime as the noose that was found in his garage had been there since 2019.

An investigation was launched after a noose was found in the 26-year-old’s garage on the first day that racing was set to resume since the onset of the coronavirus pandemic.

Federal officials said Tuesday that the noose had been there since last year. 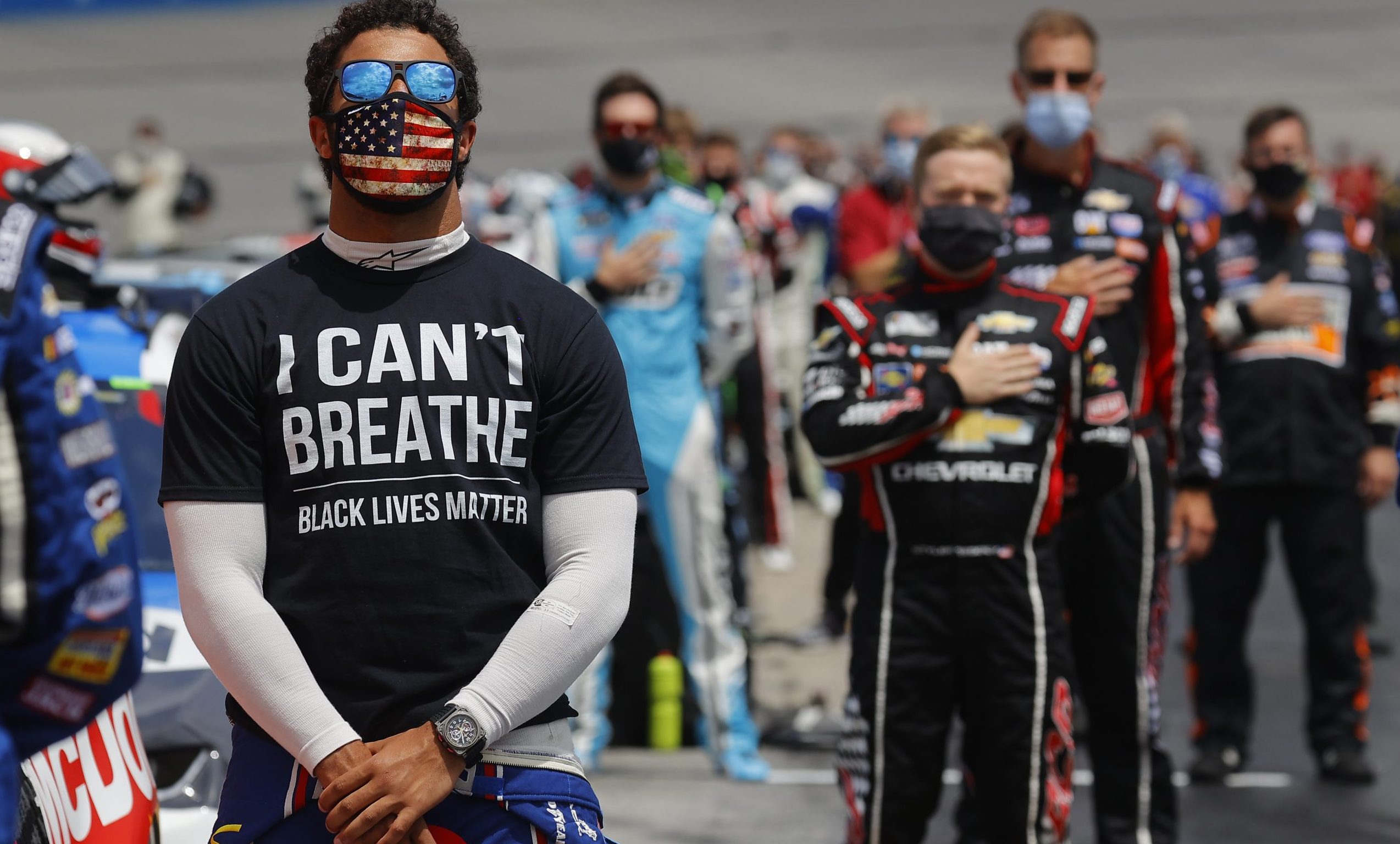 Bubba Wallace, driver of the #43 McDonald’s Chevrolet, wears a “I Can’t Breath – Black Lives Matter” T-shirt under his fire suit in solidarity with protesters around the world taking to the streets after the death of George Floyd on May 25 while in the custody of Minneapolis, Minnesota police, stands during the national anthem prior to the NASCAR Cup Series Folds of Honor QuikTrip 500 at Atlanta Motor Speedway on June 07, 2020 in Hampton, Georgia. (Photo by Chris Graythen/Getty Images)

“The FBI report concludes, and photographic evidence confirms, that the garage door pull rope fashioned like a noose had been positioned there since as early as last fall,” NASCAR said in its statement. “This was obviously well before the 43 team’s arrival and garage assignment.

“We appreciate the FBI’s quick and thorough investigation and are thankful to learn that this was not an intentional, racist act against Bubba. We remain steadfast in our commitment to providing a welcoming and inclusive environment for all who love racing.”

U.S. Attorney Jay E. Town further explained in a statement that the decision not to pursue charges was proper after review.

“On Monday, fifteen FBI special agents conducted numerous interviews regarding the situation at Talladega Superspeedway. After a thorough review of the facts and evidence surrounding this event, we have concluded that no federal crime was committed,” he stated.

The noose was found after Wallace advocated for NASCAR to remove their Confederate flags from buildings and to publicly support Black Lives Matter. He has been met with support and backlash. On Monday, his fellow drivers pushed his car to the top of the track. This was in contrast to the statements made by former driver Dustin Skinner in a Facebook post.

“My hat is off to who put the noose at his car” the Sporting News reported. Skinner also wrote, “I wish they would of tied [the noose] to [Wallace] and drug him around the pits because he has single handedly destroyed what I grew up watching and cared about for 30 years now.”

Skinner has since apologized for the crass remarks.