Desiree Wallace says that other drivers within the organization have not only mistreated Bubba, but also have called him the 'n-word'

Desiree Wallace, the mother of Black NASCAR driver Bubba Wallace, says that the current onslaught of racism he is experiencing is not new.

The mom shared that other drivers within the organization have not only mistreated Bubba, but also have called him the “n-word.” These incidents happened long before a noose was hung in his garage stall over the weekend.

As the world is becoming aware of Wallace’s expertise on the track, they are getting to see the prevailing culture of racism embedded in the sport. Desiree spoke to Joe Madison, the host of The Black Eagle podcast on Sirius XM radio on Monday and disclosed that the noose was not the first incident of terrorism her child has encountered since beginning his career.

However, Desiree says that she told her son, “You don’t throw back out on them … you just get in that race car and win. That’s the way you fight back.” 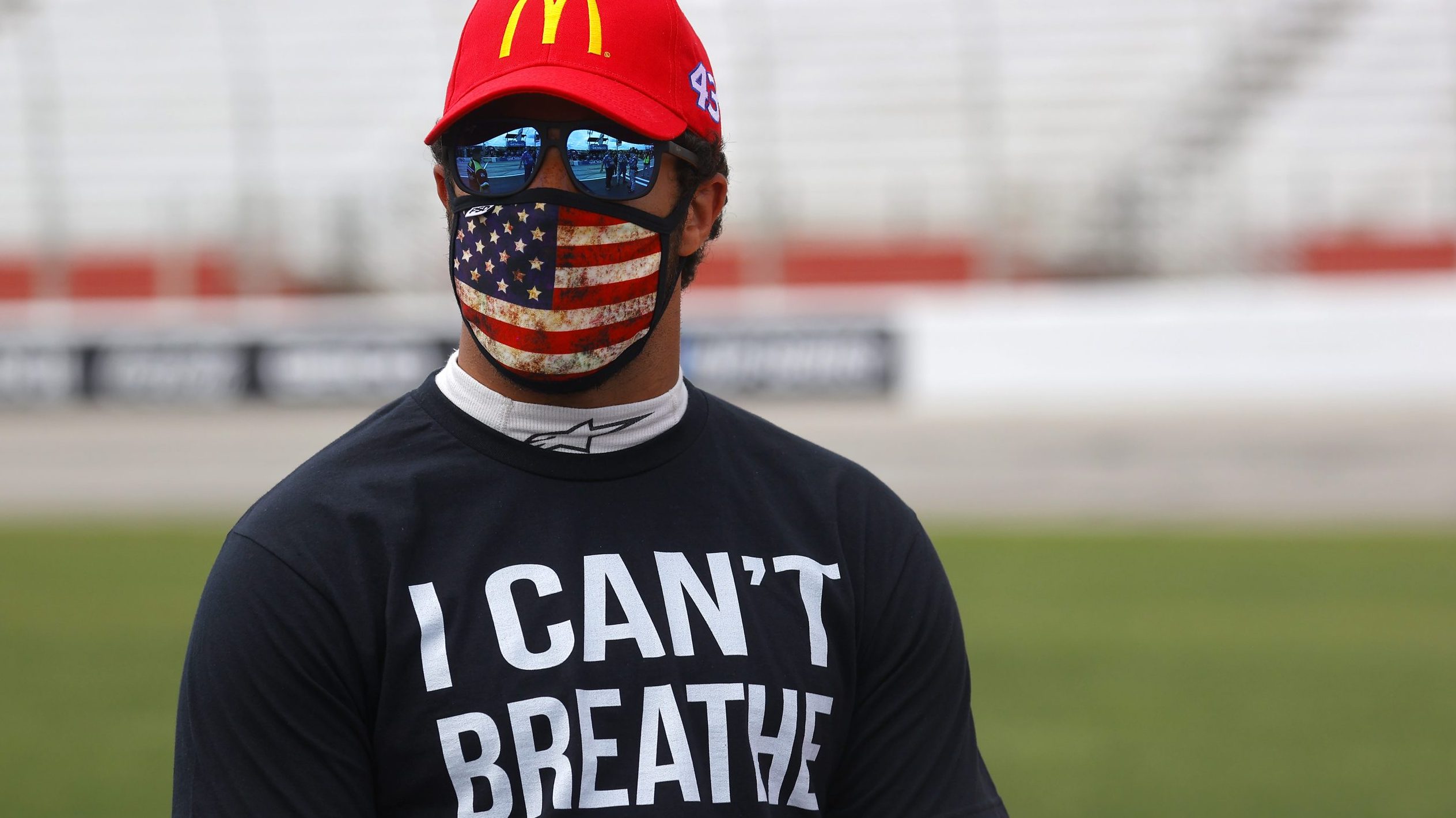 Bubba Wallace, driver of the #43 McDonald’s Chevrolet, wears a “I Can’t Breathe – Black Lives Matter” T-shirt under his fire suit in solidarity with protesters around the world taking to the streets after the death of George Floyd. (Photo by Chris Graythen/Getty Images)

Madison compared him to other athletes that desegregated their sports like Jackie Robinson, Muhammad Ali, Joe Brown, Serena and Venus Williams, and Arthur Ashe. The talk show punctuated Bubba’s point with one directive that will ensure his triumph over the bigotry, “Just go out there and win.”

During the conversation, Madison asked if there were video cameras in the garage where the noose was hung. Desiree confirmed that there were cameras, but not in the area of the hateful incident.

While not having the footage could be a challenge, she said that NASCAR has a “roster” of all the people who were “allowed” in the garage. The FBI has been called in to help connect the dots leading to the perpetrator.

“They are going to have to figure out if it was one person or several people involved,” Desiree said.

When the host said that he “hopes it is not an insider” that hung the noose over the weekend, Desiree interrupts him with news many have suspected, it was.

“It is an insider as far as NASCAR. I’m just praying that it’s not one of his team members,” she explained.

Both the flag and the noose represent tools that promoted championing of white supremacy at the cost of Black lives.