The move to install the street mural comes as De Blasio and Trump’s contentious relationship continues to escalate over the president’s handling of the COVID-19 pandemic. 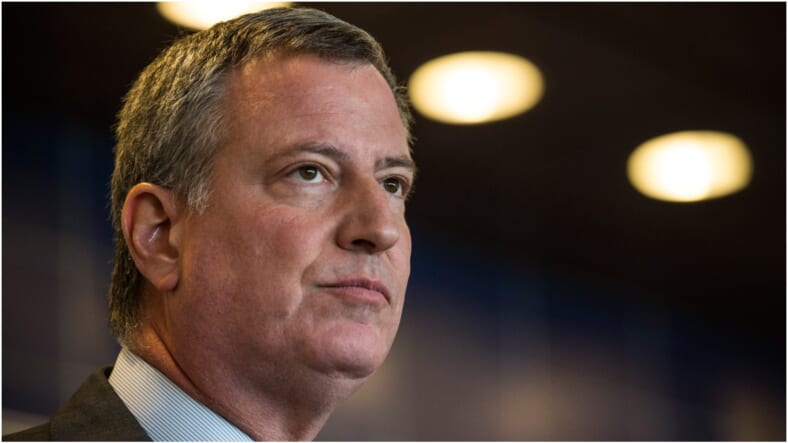 De Blasio intends to drive this point by installing a massive mural dedicated to the movement outside Trump Tower next month, New York Post reports.

“Obviously he is doing it to antagonize the president,” a source told the publication. “This is what he is concerned about while the city burns. What an amateur politician.”

From New York, to D.C. and Stockholm, artists are honoring the BLM movement and urban communities with street murals that are helping activists channel their voices positively.

.@realDonaldTrump: we’re in the middle of the worst economic crisis since the Great Depression. Stop the anti-immigrant dog whistles. Start working on a REAL recovery to get families back on their feet. https://t.co/CdgUkAInak

Most recently a Black Lives Matter mural was reportedly painted in large yellow letters on the floor of Fulton Street in Brooklyn. A similar mural is expected to be painted outside of Trump Tower, along Fifth Avenue between 56th and 57th streets. It is set to appear before the July 4 weekend.

“We see a lot of people slowing down when they drive over it because it is something different and a message we are carrying forward,” said Oklahoma City Councilwoman Nikki Nice. She worked with the local chapter of Black Lives Matter to paint murals downtown, which she said “turned into a real community effort.”

De Blasio’s mural project is expected to receive similar community support amid the ongoing protests over police brutality and racial injustice. Some critics, however, are not convinced that the mayor genuinely cares about the movement or its message.

“There’s no evidence that Black lives actually do matter to Mayor De Blasio,” former Rep. Nan Hayworth tweeted. “He’s made schools, housing, and the economy worse. Black lives are being lost in despair and violence. A mural changes nothing.”

The move to install the mural comes as De Blasio and Trump’s contentious relationship continues to escalate over the president’s handling of the COVID-19 pandemic, as well as his response to the protests that erupted following the police killing of George Floyd.