Megyn Kelly wrote on Twitter that Jemele Hill owns NASCAR fans an apology after the FBI investigation concluded that the noose found in the garage of race car driver Bubba Wallace was not a racist attack.

Kelly wrote that Hill should apologize to “the NASCAR fans that she unfairly besmirched.”

The comment was a reference to Kelly’s past comments that Jesus and Santa were both white. In 2013, Kelly declared “For you kids watching at home, Santa just is white. But this person is arguing that maybe we should also have a Black Santa.” 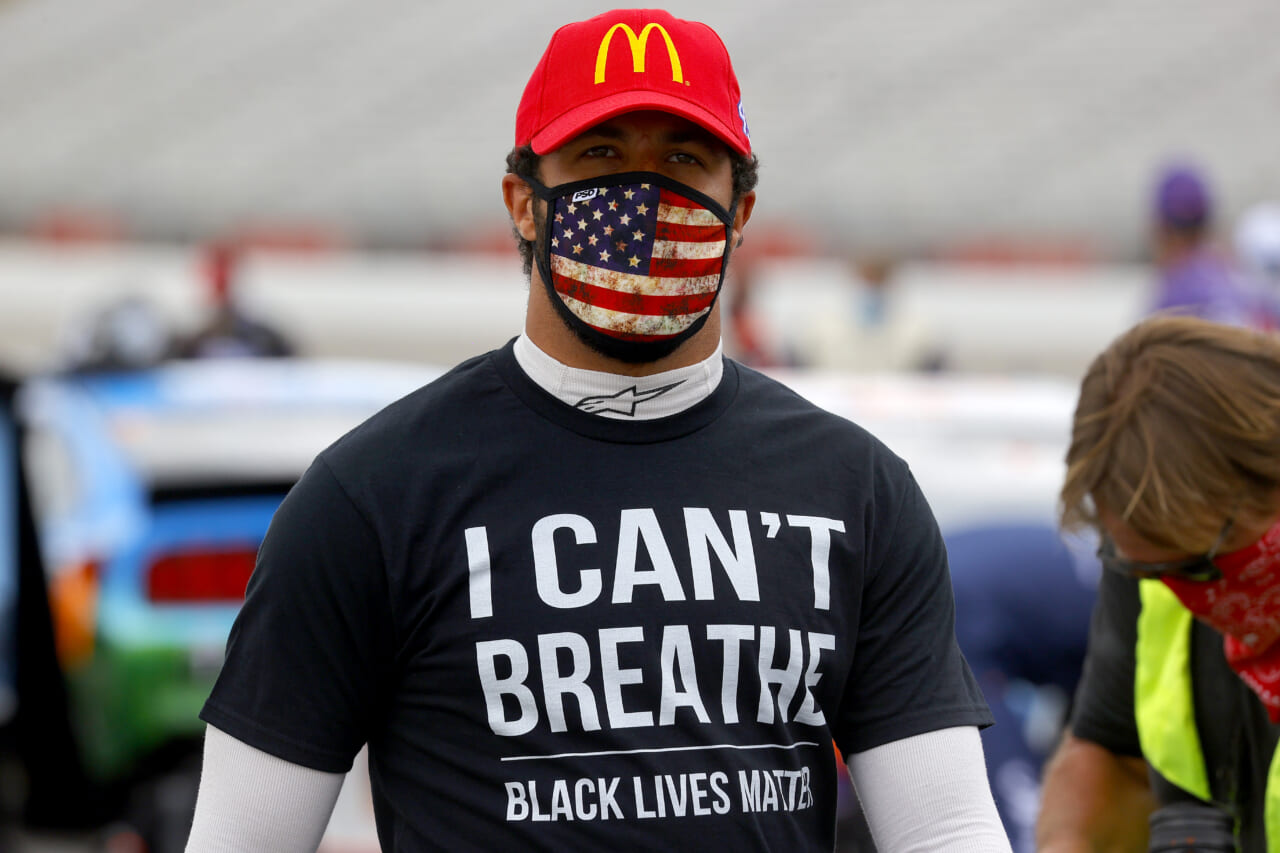 Bubba Wallace, driver of the #43 McDonald’s Chevrolet, wears a “I Can’t Breath – Black Lives Matter” T-shirt under his fire suit in solidarity with protesters around the world taking to the streets after the death of George Floyd on May 25 while in the custody of Minneapolis, Minnesota police on the grid prior to the NASCAR Cup Series Folds of Honor QuikTrip 500 at Atlanta Motor Speedway on June 07, 2020 in Hampton, Georgia. (Photo by Chris Graythen/Getty Images)

Kelly was responding to an article on Slate.com by New York Times writer Aisha Harris that argued that as America becomes more diverse that maybe it was “time to ditch Santa the old white man altogether, and embrace Penguin Claus.” She wrote, “People love penguins.”

Kelly said that “just because it makes you uncomfortable doesn’t mean it has to change.” She then said, “You know, I mean, Jesus was a white man, too.”

Days after the comment, which was met with backlash, Kelly claimed that she was joking. She later said that the question of Jesus’ race was “far from settled.”

For her part, Hill maintained that the rope found in Wallace’s garage was a noose even if it was not directed at Wallace. The noted journalist also contended that despite the fact that the noose was not a direct racist attack, that it does not absolve NASCAR or the sport’s fans from past racial behavior.

“I’m old enough to remember NASCAR banning the Confederate flag from races a couple weeks ago,” she wrote in direct response to Kelly’s tweet.

She had previously told MSNBC’s Andrea Mitchell that the noose was a “disgusting reminder” of who “this sport is for.”