Is it time to stop assimilating and form a United States of Black America?

OPINION: Is the answer to race equality for Black Americans to secede from the US?

“I did something good: I made Juneteenth very famous.” Who said this? Was it Abraham Lincoln, the U.S. President who signed the Emancipation Proclamation in 1863? No. How about Major General Gordon Granger who announced to residents of Galveston, Texas that slavery was over in 1865? No.

It was Donald Trump.

During a Wall Street Journal interview, he said this after the uproar about his ‘#MAGA rally’ being scheduled for June 19 in Tulsa, Okla., for his 2020 re-election bid.

TRUMP’S JUNETEENTH CLAIM: President Trump is facing backlash for comments he made about Juneteenth — the day which marks the end of slavery in the U.S. — after telling the Wall Street Journal “I made Juneteenth very famous.” @marcusmoore reports. https://t.co/JDG5mQ7g7s pic.twitter.com/a1WDyqWzIa

Although he ultimately moved the rally to June 20, it’s another example of a white man taking something associated with Black people, and claiming credit. Just like their appropriation of Black music, Black architecture and Black anatomy. Also, it implies that unless the white masses know about something, it doesn’t exist or isn’t important.

Such audacity brings to mind another quote, this one from activist Kimberly Jones: “They’re lucky the Black community is looking for equality not revenge.”

In a viral video a couple of weeks ago, Jones broke down the centuries-long atrocities of white systemic racism denying Black Americans the opportunity for economic equity, which carries with it the ultimate equalizer: generational wealth.

Combined with the continued killings of unarmed Black men and women by white operated law enforcement and ongoing deputation by overzealous, entitled white citizens, it seems that white supremacy is as prevalent in 2020 as it was in 1965.

But as Jones was laying down the knowledge about the history of white society destroying Black communities, there’s a thought to be considered:

Does it actually help white supremacy to have Black people aspire to assimilate and integrate?

For generations, white politicians and gatekeepers fought to maintain Jim Crow, upholding the Supreme Court 1896’s “Separate but Equal” ruling (Spoiler Alert: things weren’t equal). But when protests and civil leaders put the pressure on the government in the 1950’s, requests and demands turned into law, from school desegregation, the 1964 Civil Rights Act to the 1965 Voting Rights Act.

Author James Baldwin said that the Black American can sense how the white man feels about him based on its institutions. With that in mind, it’s undeniable that Blacks were meant to be locked out of opportunities. However, should a community of Blacks be able to sustain itself successfully without said institutions, you would think white America would be fine with that.

No. They have not been fine with that at all. 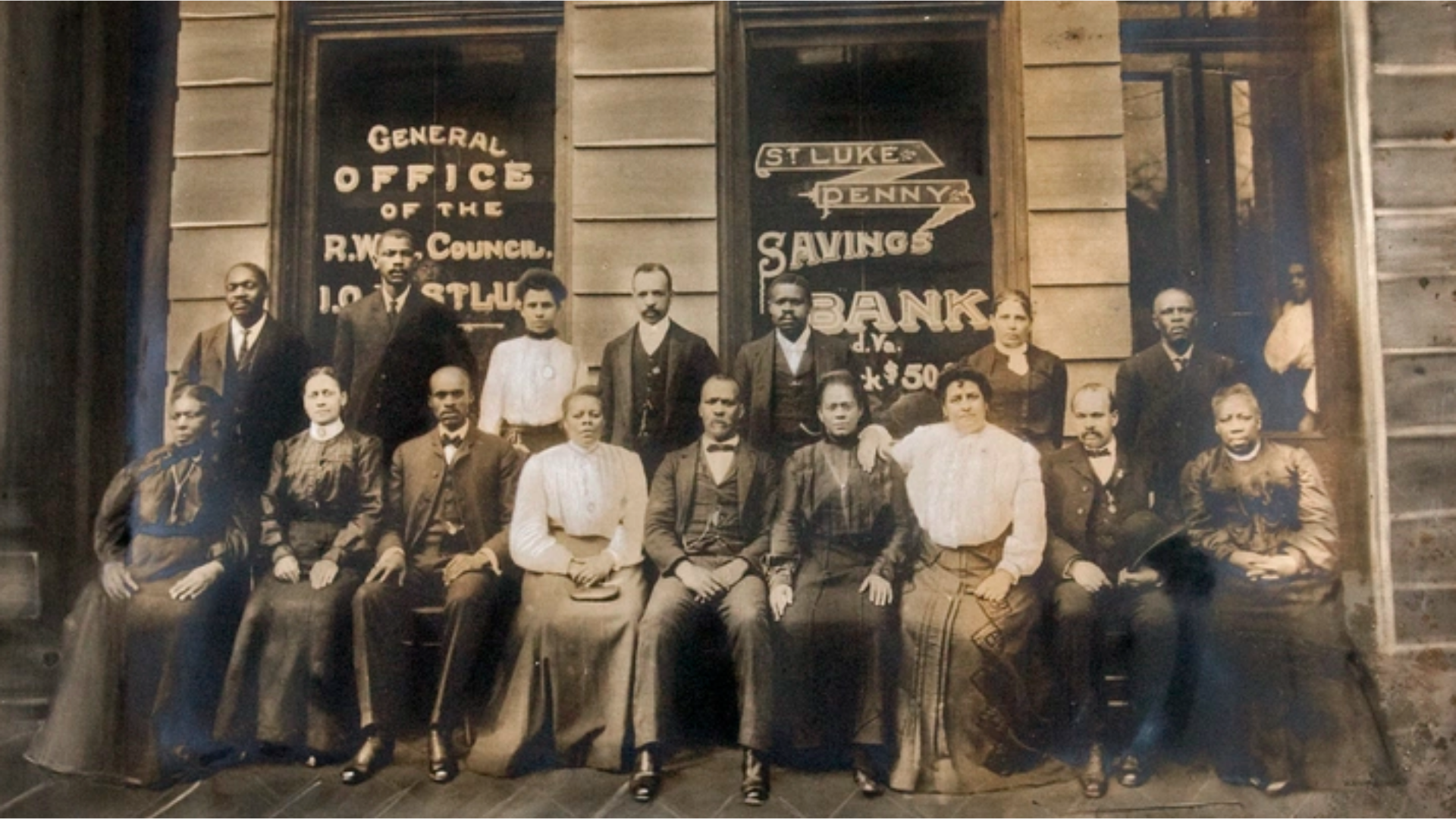 The St. Luke Penny Savings Bank in Richmond was one of the first black-owned banks in the United States. Courtesy of National Park Service, Maggie L. Walker National Historic Site

During that era was Rosewood, a whistle-stop in Florida, with its own baseball team, school, sugar and turpentine mills that kept the modest settlement prosperous. Over two-thirds of the populous was Black.

In the 1820s there was Seneca Village in New York City. Five acres of land purchased by Black churches and grew full of free Black lot owners during a time when slavery still existed outside of New York State.

In the 1970s, the Black liberation group MOVE found its home in South Philadelphia, Pa., establishing a life led by revolutionary ideals of animal rights and Anarcho-primitivism.

Every one of those communities thrived; containing Black-owned businesses, infrastructure and education. All of them are gone. Nearly all of them removed violently.

Both Tulsa and Rosewood were destroyed by white mobs in 1921 and 1923 respectively. Each provoked over unfounded accusations of Black men accosting white women. Like Greenwood, The MOVE organization was bombed from the sky in 1985, by police, burning 65 houses and killing 11 people. By 1857, the inhabitants of Seneca Village were removed due to eminent domain and their five acres turned into a part of Central Park in Manhattan. 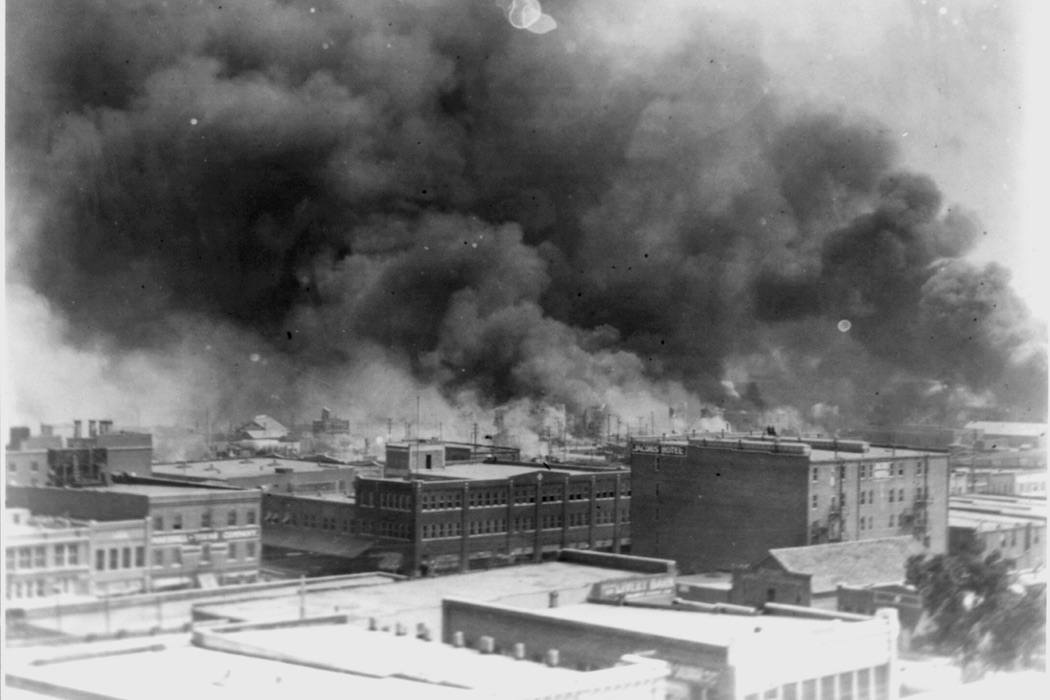 Black self-reliance is a problem for white America. Their incentive to have African Americans assimilate is economical at its foundation. According to catalyst.org, the non-Hispanic Black population spent $1.4 trillion in 2019 with most of that going to white-owned institutions and retail.

They feed a never-ending paradox; manipulating Blacks to aspire to white superiority by straightening their hair and moving to the suburbs, while whites build empires by pillaging Black culture.

With over a month of protesting in 2020, some changes are in the works. Minneapolis is exploring dismantling its police department. Boston has declared racism a public health crisis.

Will it ever be enough? With viral videos of racist whites chanting “All Lives Matter,” Black businesses being all but shut out of COVID-19 aid, and the police continuing to kill unarmed Blacks like Atlanta’s Rayshard Brooks, another issue must be presented:

With 37 million non-Hispanic Black people in the country – 12 percent of the population – should and could Black Americans have a separate nation unto itself?

BET Founder Robert Johnson proposed a plan recently that called for the American taxpayers to pay reparations for African-American slave descendants as ‘atonement’ for centuries of brutality. The cost? $14 trillion over a 10 year period.

The aforementioned $1.4 trillion spent by non-Hispanic Blacks last year is 10 percent of Dr. Johnson’s proposal. Envision that money diverting strictly to their own community. According to Blackdemographics.com, a 2012 U.S. Census report showed Black-owned businesses made $187 billion in comparison.

Now funneling $1.4 trillion into Black businesses would undoubtedly be the key to creating generational wealth. More importantly, Black Americans would be able to truly control the narrative by controlling their own institutions. There are already key examples of institutions that would guarantee Black success in America by investing.

Black billionaire Robert Smith donated $34 million to the 2019 Morehouse College graduates, while Frank Baker, co-founder of Siris Capital Equity firm gave $1 million to select Spelman College seniors in 2020. That kind of wealth pouring into education from the likes of men and women like these, on top of contributions from the tax-paying public can ensure Black students have the highest potential for a professional future.

Show business is a massive employer, not to mention a crucial medium when it comes to enthralling and inspiring the masses. With movements like #OscarsSoWhite, re-directing focus on Black-run institutions would be paramount for creativity and ownership.

Say what you will about Tyler Perry, but the creation of Tyler Perry Studios in Atlanta, Ga., was a watershed moment for the Black film industry. Films like Black Panther, and TV shows like The Walking Dead have all been shot there. And with production companies like Charles King‘s MACRO Media (Fences), Will Smith‘s Overbrook Entertainment (Bad Boys for Life), Michael B. Jordan‘s Outlier Productions (Just Mercy), Black creatives would scarcely need a white-run studio to film again.

UnitedMasters, the brainchild of former music executive Steve Stoute, gives artists the radical opportunity to own their own master recordings of their music and intellectual property, and sell and distribute it straight to networks, streaming services and advertisers, circumventing white-owned major labels who act as middlemen and take a majority of the earnings.

Webuyblack.com is the largest online marketplace for Black-owned products. In 2019, they launched a crowdfunding campaign for Soul Food Market, a Black-owned supermarket containing organic foods and produce from Black farmers and distributors. An increase in healthier options could help reverse centuries of habits that have compromised Black people’s wellness.

With a Black nation creating a myriad of job opportunities, we would also see a drop in crime. Without Black offenders filling white invested privatized prisons, we could see the decline of legalized slavery.

Could a United States of Black America work? Should we do it? Since so many white citizens, including the president, are so enamored with the Confederacy, then it shouldn’t be an issue if Black Americans decide that cessation is the best solution to escape tyranny and embrace true communal self-reliance.