The manager of the eatery has been suspended after the Indianapolis Colts linebacker and his non-white friends were kicked out for talking about the movement. 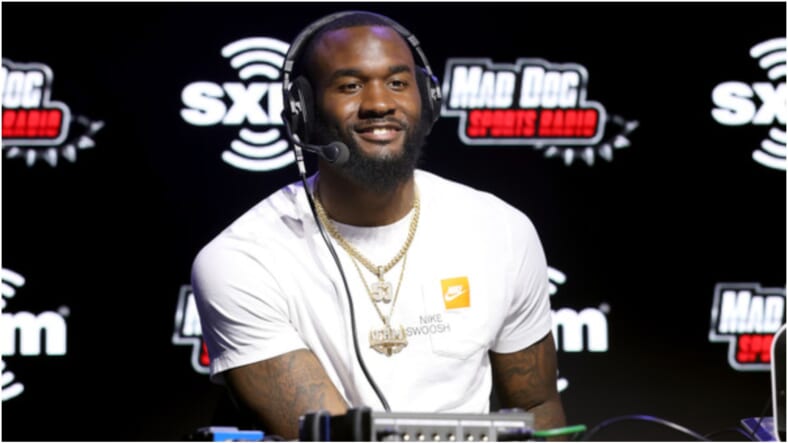 Indianapolis Colts linebacker Darius Leonard put a South Carolina Chipotle on blast after he and his friends were allegedly kicked out of the eatery for talking about Black Lives Matter.

Leonard, 24, detailed the incident in an Instagram video on Thursday, saying he was recently eating at a Chipotle in Florence with four friends when a white customer accused him of being verbally abusive, PEOPLE reports.

The irate customer took his grievance to management. Moments later, Leonard said a manager approached him and his non-white friends and served up a “terrible attitude.”

The athlete said the manager was “very disrespectful” and threatened to call the police.

“That’s what being Black in America is right now,” Leonard said in his IG video, noting that that he and his crew were kicked out of the restaurant.

“Us not even doing anything wrong, going out to eat with your family, just trying to spend a little bit of quality time, and you can’t even enjoying eating anymore,” he added.

In a statement to the Indianapolis Star, Chipotle said they are “investigating the incident” and confirmed that the manager has been suspended.

“We have a zero-tolerance policy for discrimination of any kind and we have suspended our manager while we conduct a thorough investigation,” Brian Niccol, chairman and CEO of Chipotle, told the outlet. “I’ve personally reached out to Darius and I’m committed to ensuring the appropriate action is taken once the investigation concludes.”

“When you think about being a Black male now in America, and to hear that they want to involve the police — the first thing that went in my mind was I have a wife and a kid,” he said.

“If the police is involved, you’re thinking you’re not making it home. For me to have to sit there and think that my life is in jeopardy just because I’m sitting there eating with my family, not causing no problem, is scary,” he added.