House approves bill that would make DC the 51st state

The bill would create a new state of Washington, Douglass Commonwealth, in honor of the abolitionist and former slave Frederick Douglass.

Matthew Daly, Associated Press
An almost empty Pennsylvania Avenue is seen at noon in Washington DC on March 13, 2020. – Fear of the coronavirus spread reduced traffic and usual activity in the US Capital to a standstill. The World Health Organization said Friday it was not yet possible to say when the COVID-19 pandemic, which has killed more than 5,000 people worldwide, will peak. (Photo by Eric BARADAT / AFP) (Photo by ERIC BARADAT/AFP via Getty Images)

WASHINGTON (AP) — The Democratic-controlled House approved a bill Friday to make the District of Columbia the 51st state, saying Congress has both the moral obligation and constitutional authority to ensure that the city’s 700,000 residents are allowed full voting rights, no longer subject to “taxation without representation.”

Lawmakers approved the bill, 232-180, largely along party lines, marking the first time a chamber of Congress has passed a D.C. statehood bill. Minnesota Rep. Collin Peterson was the sole Democrat to oppose the bill. No Republican voted for it.

The legislation now goes to the Republican-controlled Senate, where it faces insurmountable opposition from GOP leaders.

Del. Eleanor Holmes Norton, the district’s non-voting representative in Congress, sponsored the bill, saying it has both the facts and Constitution on its side. 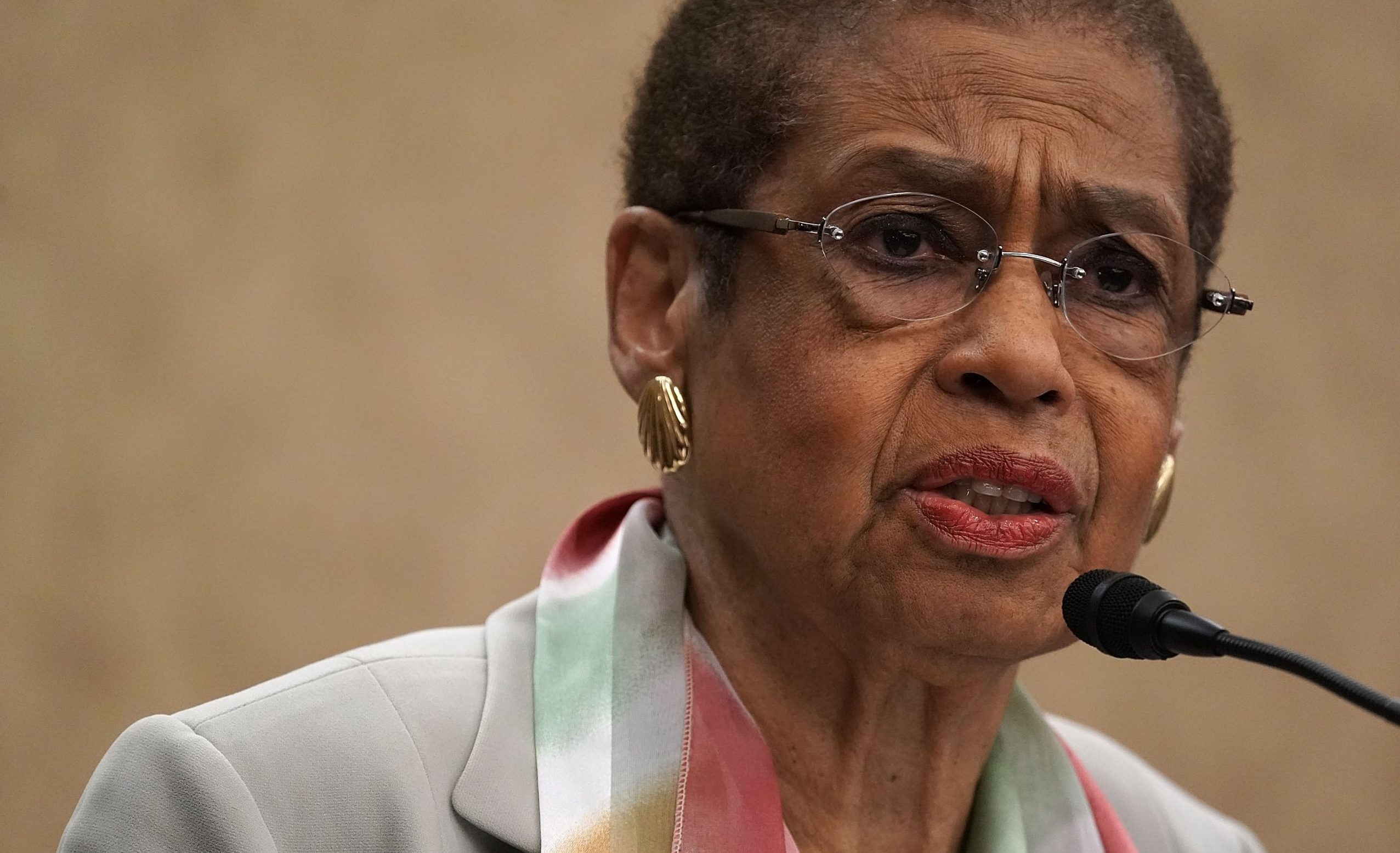 Opponents, mostly Republicans, called the bill a power grab for the firmly Democratic city, and said the nation’s founding fathers intended the capital to be separate from the other states.

“This is about power. Make no mistake about it,” said Rep. Chip Roy, R-Texas. The bill would “fundamentally alter what D.C is,” he added.

Norton, who has served as D.C. delegate since 1991, said the issue is deeply personal for her and thousands of other city residents who have long been disenfranchised. Her great-grandfather Richard Holmes escaped slavery at a Virginia plantation and “made it as far as D.C., a walk to freedom but not to equal citizenship,” she said. ”For three generations my family has been denied the rights other Americans take for granted.”

Congress has two choices, she added. “It can continue to exercise undemocratic, autocratic authority over the 705,000 American citizens, treating them, in the words of Frederick Douglass, as ‘aliens, not citizens, but subjects.’ Or Congress can live up to this nation’s promise and ideals, end taxation without representation and pass” the statehood bill.

The bill would create a new state of Washington, Douglass Commonwealth, in honor of the Virginia-born first president and the Maryland-born abolitionist and former slave. 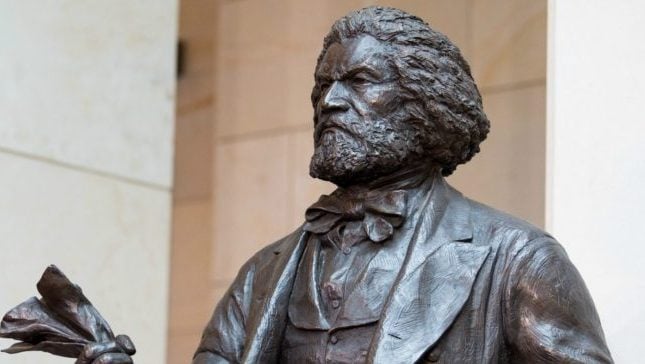 The bill also would reduce the size of the federal district to a tourist-friendly area that includes the White House, the Capitol, the Supreme Court, federal monuments and the federal executive, legislative and judicial office buildings adjacent to the National Mall and the Capitol. Congress would retain control of that 2-square-mile area.

Washington Mayor Muriel Bowser invoked Douglass as she hailed the “historic vote” bringing the city closer than ever to becoming the 51st state.

“More than 160 years ago, Washingtonian Frederick Douglass told us: Power concedes nothing without a demand,” Bowser said. “As Washingtonians and as taxpaying American citizens, we are demanding what is owed to us — the rights guaranteed to us by the U.S. Constitution. It is past time to fix this injustice.”

Sen. Tom Cotton, R-Ark., blasted the bill ahead of the House vote. In a Senate speech, he dismissed Washington, D.C., as a city with little more to offer than lobbyists and federal workers.

Cotton also criticized Democrats for prioritizing the D.C. statehood vote while there is “mob violence” in the streets. Recent protests near the White House required “force by federal law enforcement officers under federal control,” he said.

“Would you trust Mayor Bowser to keep Washington safe if she were given the powers of a governor? Would you trust Marion Barry?” Cotton added referring to current and former mayors, both Black.

Cotton’s remarks stirred outrage on social media, with many describing the remarks as racist. D.C. has a large African American population and was once known as “Chocolate City,” although it is no longer majority Black.

Supporters said the bill has become even more important in the aftermath of protests for racial justice in both Washington and across the nation. Democratic leaders scheduled the vote after the Trump administration’s much-criticized move to use federal forces to clear Lafayette Square near the White House of peaceful protesters so that President Donald Trump could trumpet his law and order credentials in a photo op.

“There shouldn’t be troops from other states in Washington, D.C.,” said Bowser. “ There shouldn’t be federal forces advancing against Americans, and there very definitely shouldn’t be soldiers stationed around our city waiting for the go to attack Americans in a local policing matter.”

Trump said last month that “D.C. will never be a state” because it would likely mean two more Democratic senators. “No, thank you. That’ll never happen,” he said.

“We are the only free country in the world, from all our research, that doesn’t have a voting member of their parliament in their country. We call our parliament ‘Congress,’” Hoyer said.

Recent events have focused national attention on the city’s plight. Earlier this year, when Congress passed the CARES Act stimulus package, the capital was classified as a territory rather than a state — a distinction that cost Washington more than $700 million in federal funding.

All District laws are subject to review by a congressional committee, which can veto them or alter them by attaching riders to federal appropriations bills. During GOP control of Congress, conservatives have sought, mostly unsuccessfully, to restrict some of the city’s liberal initiatives such as needle exchanges for drug users and abortions under its Medicaid program.