Hark Azaria steps down from portraying Apu in 'The Simpsons'; Mike Henry resigns from playing Cleveland Brown in 'Family Guy' 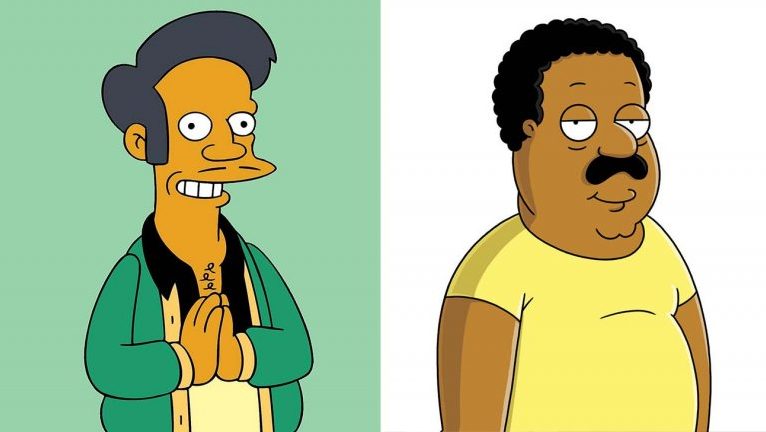 Long-time Fox animated shows The Simpsons and Family Guy have announced significant changes in their casting as the creators seek to be more inclusive and authentic in their programs.

White voice actors will no longer portray characters of color on both cartoons, according to The Hollywood Reporter.

The Simpsons made an official statement saying “moving forward, The Simpsons will no longer have White actors voice non-White characters.” There are several minority characters on the long-running show, which concluded its 31st season in May. Most notable is Apu, an Indian owner of the Kwik-E-Mart convenience store. The character was voiced by Hark Azaria.

As The New York Times reports, Azaria announced in February that he was stepping down from the role after criticism stemming from a 2017 documentary, The Problem With Apu.

As for Family Guy, which is 18 seasons into its run, voice actor Mike Henry announced via Twitter that he was ending his run of voicing Cleveland Brown, the show’s main Black character. Henry also voiced Brown in the spin-off The Cleveland Show for four seasons.

“I love this character, but persons of color should play characters of color,” Henry tweeted. “Therefore, I will be stepping down from the role.”

It’s been an honor to play Cleveland on Family Guy for 20 years. I love this character, but persons of color should play characters of color. Therefore, I will be stepping down from the role. pic.twitter.com/FmKasWITKT

This is the latest of a series of announcements from animated shows that White actors would step down from voicing diverse characters. Actress Jenny Slate will no longer portray bi-racial character Missy on Netflix’s Big Mouth. Actress Kristen Bell has also stepped down from playing Molly on Apple’s Central Park.

The moves could make way for production companies to hire more diverse talent and allow minorities to portray themselves on screen.

News of these white actors stepping down from playing Black characters and characters of colors have not been met with much praise from the public.

Several have posted on social media that these moves are minor and more attention should be paid to police reform and more pressing matters:

Honestly. None of these gestures, not The Simpsons, not Cleveland's voice actor, not removing episodes of Community, actually helps us. It feels like out of touch white executives telling us what we're offended by when I don't know a single black person who needed those changes. https://t.co/QHTb6YFCW7

Yea the Simpsons and family guy gonna stop using white actors voices for black characters but is this helping police brutality? Great gesture but man we’re getting everything under sun but what we’ve been asking for!

This is a nice sentiment, and I'm glad a voice actor of color will get a job out of this, but Family Guy characters of color being voiced by people of color is kind of rearranging deck chairs on the racist, bigoted Titanic at this point. https://t.co/ia84JCgKsn

It’s annoying because Hollywood is getting on the bandwagon to show solidarity but actual issues are still not getting enough attention. Like voting in Kentucky. If these characters are voiced by black actors, is this going to stop police brutality?