OPINION: Black roles should go to Black voice actors, but they should also be considered for any other character roles

Yesterday, actress Jenny Slate took one for the team (and by that I mean #TeamWokeWhitePeople) by stepping down from her role as Missy, a bi-racial Black girl on the popular Netflix cartoon Big Mouth.

She was quickly followed by Kristen Bell, who stepped down from her role as *surprise* another bi-racial Black girl on Apple TV’s animated series Central Park. Both of these white actresses have displayed a special kind of allyship that shouldn’t be discounted, but the argument from Slate that “Black characters on animated shows should be played by Black people” is the kind of short-sighted, emotionally driven response that’s allowed animation, and specifically voice work, to remain one of the most racially segregated genres in Hollywood.

The solution isn’t just that Black voice actors should be guaranteed Black animated roles. The real problem is that white voices are considered UNIVERSAL and are cast as everything, from bi-racial Black girls to robots, aliens, and talking dogs, while Black actors are LUCKY if they can get the few Black roles that are available.

“Voiceover work is an incredibly hard industry to break into, and every time that a white actor voices a non-white character, it’s yet another opportunity not provided to a talented and qualified actor of color,” says April Reign, creator of the #OscarsSoWhite hashtag who recently co-founded Ensemble Studios to create digital content opportunities for people of color.

Why is animation so hard for Black people to get into? The start-up costs–writers, cartoonists and voice actors–are huge. In other words, it’s a lot of risk, and if there’s anything we know about white American business, from tech to television news to Hollywood, it’s that white gate keepers will ignore Black folks, but never think investing in other white people is a risk.

That’s why white people always hire a bunch of their white friends no matter how little experience they have or how often they’ve failed, which is peak white privilege. That’s why comedians like Nick Kroll and John Mulaney (both of whom are hilarious sitcom actors and stand-up comedians) can get a raunchy cartoon-like Big Mouth greenlit by Netflix, despite neither of them having any experience working on an animation show. 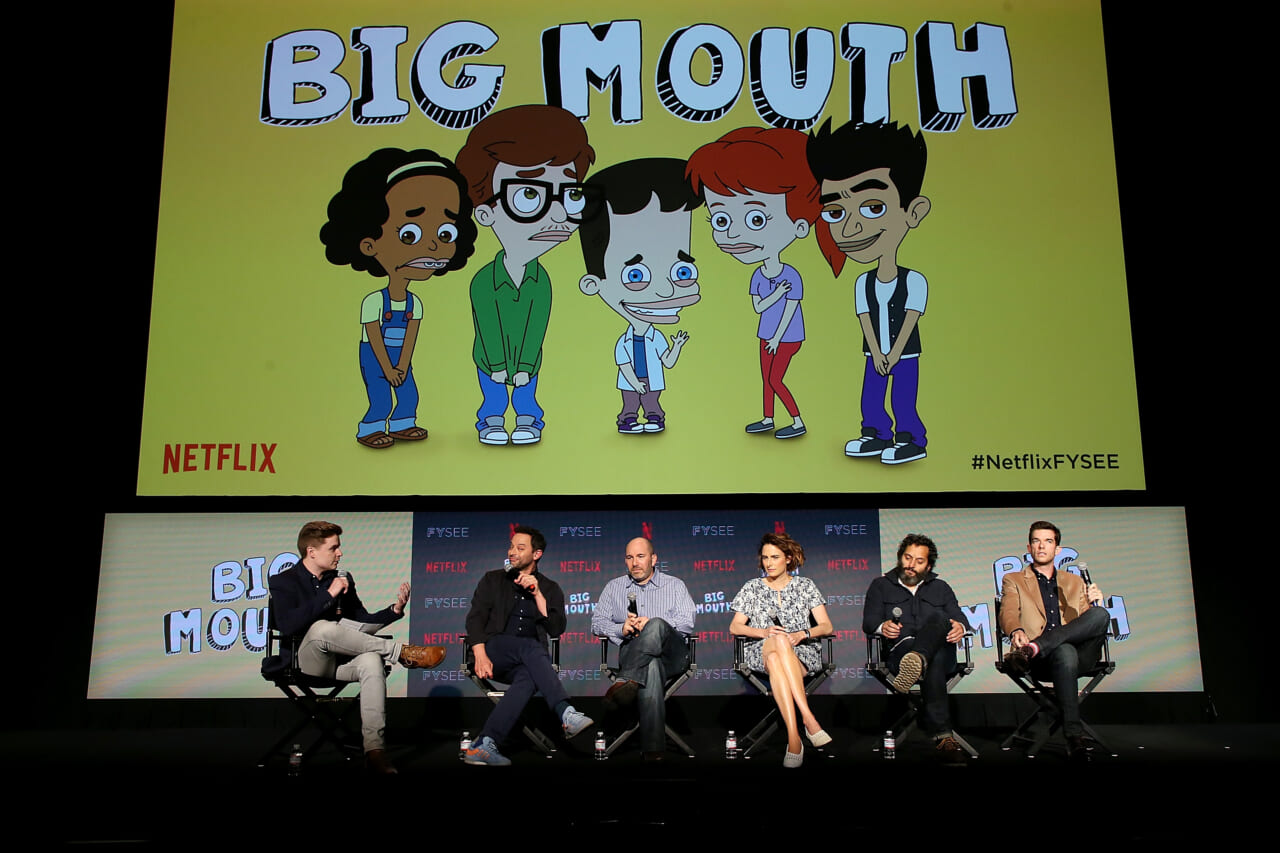 For five years, Netflix’s Bojack Horseman had the Vietnamese-American lead, Diane Nguyen, voiced by a white woman. Wanna go old school? The Teenage Mutant Turtles villain Baxter Stockman was originally Black ,but he was whitewashed in voice and image for the 80’s show. The same with April O’Neal. Yes, April of the yellow jumpsuits and red hair was actually based on a Black woman but whitewashed for the show.

Of course, this speaks to the problem in animation that the few Black opportunities that come up always seem to stem from the benevolence of white showrunners. Consider two of the biggest “black” cartoons in the last 10 years, Doc McStuffins on the Disney Channel and the recent Cartoon Network hit Craig of the Creek. I promise you there is not a Black girl in America under the age of 14 who doesn’t have SOME Doc McStuffins paraphernalia in her house. Yet that show was created by a white lesbian couple, who decided it would be great to make Doc Black.

Craig of the Creek, which literally takes place in a fictional Maryland suburb outside of Washington D.C. (roughly the Blackest, bougiest place in existence), was created and pitched by two white men. I don’t want to take anything away from either of these shows that obviously took casting Black actors seriously. However, true progress isn’t just getting more Black cartoons, but black voice actors being given the same chance to be “universal” voices that white ones are.

“It’s not that Black voice actors can’t get voice acting jobs, it’s that you usually have to be a Black celebrity before you can get a voice acting job,” says aspiring voice actor Baldwin Williams, who’s been pitching talent reels online for everything from anime to commercials.

White voice actors can make bank playing hundreds of characters without ever having to stand in front of a camera. Kevin Conroy has voiced almost every cartoon version of Batman since 1992. You wouldn’t recognize this guy unless he snuck up behind you and whispered “I’m BATMAN” in your ear. Tara Strong has played everything from white boys (Ben Tennyson on Ben-10) to white girls (Raven on Teen Titans Go!) to Asian women (Ashi in Samurai Jack) to talking horses (Twilight Sparkle on My Little Pony: Friendship is Magic) and nobody knows who she is, unless you’re an animation nerd.

Most Black actors have to be famous on screen first to get a voice acting gig. Keith David was a prolific actor on screen before be became the voice of Goliath on Gargoyles or the President on Rick and Morty. Jaleel White had to be Steve Urkel before he could be Sonic the Hedgehog. Yvette Nicole Brown had to be Shirley on Community before she could voice Ladybugs, Pound Puppies and Super Heroes. Despite all of that success, Black voice actors are almost never cast as white characters, who are still the majority in cartoons. Cree Summer, the queen of voice acting, who’s played everything from Inspector Gadget’s niece Penny to dinosaurs, is the exception that proves the rule (and she still had to star on A Different World for six years).

So before we pat Slate and Bell too hard on the back for making a decision to give up roles that they KNEW were shady to take to begin with, let’s also remember to call out the entire gatekeeping racket of animation that allows these decisions to fall into their hands to begin with. Yes, Black roles should go to Black voice actors, but they should be considered for any other character roles, from talking rabbits to cyborgs and yes, white people, because it’s about time Hollywood realized that Black animated voices matter too.