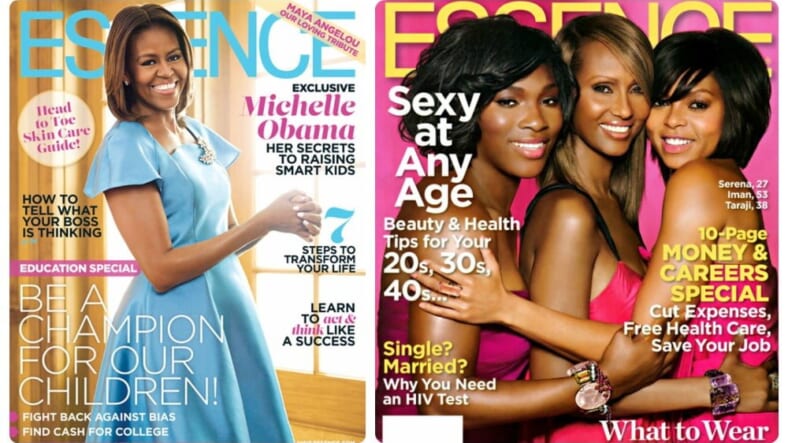 Accusations of pay inequity, sexual harassment, corporate bullying, intimidation, colorism, and classism are a few of the things the employees are complaining about. Their hope is that advertisers will pull campaigns from the female brand until they can treat their employees better.

A blog published on Sunday alleged that the Black women who are employed for Essence are unhappy working under the company’s chief officers, including Essence Ventures owner Richelieu Dennis.

According to the anonymous group of disgruntled employees, that now goes by the name Black Female Anonymous, the company’s leadership is making the magazine the “most deceptive Black media company in America,” by exploiting movements like the #BlackGirlMagic for monetary gain.

BFA posted a Medium blog that further said that the company has a two-year history of wrongfully laying off or forcing Black women to resign.

Essence has a workforce consisting of about 80% of Black women, according to the blog, and the magazine has been committed to serving the population since May 1970.

Since the acquisition of Essence in 2018 from Time Inc., Dennis allegedly preyed upon females who work for him.

This is not the first time these allegations have emerged.

According to BFA, he has allegedly slept with former employees, namely workers of the Sundial Brands. Sundial is the parent company that owned the SheaMoisture products before he sold the brand to Unilever in 2017.

Dennis is alleged to have pressed his luck with female employees, harassing those who do not consent to his advances at private company events.

At some point in 2019, it is alleged, that Dennis attempted to have certain females sign a non-disclosure agreement to protect his family business from facing “liability or disparagement after a string of wrongful layoffs and other potentially libelous business activity.”

Martha Dennis, the company’s Head of Human Resources, is allegedly in a complicit conflict of interest and accused of ignoring reports against her husband.

When it came to Ebanks and Collins Profet, they are cited as the beginning of the toxic workplace culture and poor hiring practices, respectively.

Since her tenure as a president in 2005 when the company was owned by Time Inc., Ebanks allegedly sought power in the company by bullying others.

Although in 2019 she “resigned” as a CEO and now acts as a board member, she allegedly continues to give employees an ultimatum: either they accept their salaries without the expectations of pay raise or literally be shown the door.

Under her leadership, there were many public and private firings, forced layoffs, and resignations. The most shocking of these dismissals was the firing of the beloved Susan Taylor in 2008.

According to BFA, the company has not been the same since.

The group also believes that Collins Profet, a hire from Ebanks, added to the deterioration of the Essence legacy by employing terrible candidates.

Collins Profet’s hired people like Darline Jean, who lasted one year as the company’s Chief Digital Officer. They allege that she subsequently hired a Black male and Asian male senior roles at the female-driven magazine. 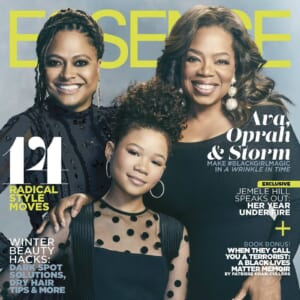 Another supposed bad hire was Kristen Elliot. A white transplant from Condé Nast, she was Collins Profet’s pick for SVP of Revenue. BFA contends that Elliot in turn hired a white woman as a sales leader.

The third executive in the explosive exposé is Moana Luu. BFA submits that she is not qualified for her position and is a corporate bully who lacks leadership skills.

When a staffer anonymously emailed a complaint to both Dennis and Ebanks about Luu’s poor performance, the two were more interested in finding out the identity of “the mole.”

The group hopes its blog will reach to Essence leadership and investors and that its demands will be met in the next 5 business days. If not, they are calling “AT&T, Coca Cola, Chase Bank, Ford, McDonald’s, Procter & Gamble, Walmart, and Warner Media to immediately eliminate all active or future sponsorships and media buys” with the company.

Essence has issued a reply to these allegations. Excerpts from the statement are as follows:

“It is extremely important to us that we foster a safe, transparent and respectful workspace for everyone and that we expect that from everyone – not just those who work for us, but also those who work with us.”

“…We are not afraid of the truth. The allegations and mischaracterizations throughout – whether of pay inequity, intimidation, and otherwise – are unfounded attempts to discredit our brand and assassinate personal character. Further, accusations of sexual harassment or misconduct are extremely serious matters, and we fully understand the gravity of the implications. As such, these are also not claims to be recklessly and untruthfully thrown about – particularly when there have been no claims to respond to or any evidence of such defamatory accusations. In fact, there have been multiple comprehensive reviews of the HR function, and no evidence has been found to substantiate these anonymous claims. We have and will continue to review any legitimate claims of any nature that come to our attention.”

“… Our message is simple – the accusations are false and we fully deny them. We are not succumbing to a cancel culture. We are not going to defame anyone. We are not meeting hurt with hurt. We know there is a lot of pain and a lot of healing that needs to happen in our communities, but we don’t have to destroy each other to heal. We will continue to do the work to be better every day and come together as an organization for each other and for Black women globally to build together, to change together, to rise together. #BlackWomenRiseTogether”