Despite having a learning disability, the biologist made a lasting impression on Chicago's science community 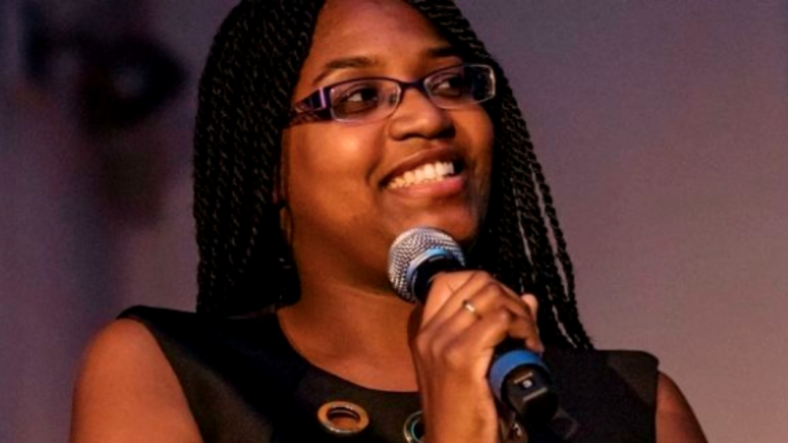 Black scientist and educator, Lynika Strozier, has become one of the latest to lose her life to the coronavirus.

Gifted as a biologist, her legacy proves that with hard work and support, people can accomplish amazing things.

Diagnosed with a learning disability as a child, this young Black woman pushed through her studies inspiring not only her classmates but also her teachers. One teacher, Sushma Reddy, posted on Twitter just how she impacted her life as a student.

Lynika Strozier was my student and friend. The hardest working, bravest, friendliest person I knew. She overcame challenges the rest of us would have withered at. Inspired by experiential science, museums, DNA, nature. We need more like her in this world. 1/n https://t.co/S5kVeMiaLP

Reddy called her “hard-working” and “brave,” recognizing the extraordinary strength that she had within her to overcome the challenges in her life.

Before she was an adjunct professor at Malcolm X College and collections associate at the Field Museum in Chicago, Angela was a little girl who was raised mostly by her grandmother, Sharon Wright.

As a baby, Lynika and her mother, Angela Strozier moved to Chicago. Angela was a substance abuser, and with no birth father present, needed to be close to the matriarch for stability. By 1993, Ms. Wright became the legal guardian of the young girl tending to her needs and supporting her goals.

At the age of 8, she was diagnosed with a learning disability that could have left her in the failings of Chicago’s public school system in their Special Education program. However, once her grandmother understood that Lynika learned differently than others, she played an active role in assisting the young scholar to overcome her problems.

It was not easy. Lynika was so challenged at reading aloud that she said that it sounded like she was gasping for breath, The Chicago Tribune states.

While attending elementary school, Wright encouraged her granddaughter to take extra courses on Saturdays. The grandmother arranged for Lynika to meet with a reading instructor during the weekends and her summers to keep up with her classmates.

“Every time I thought about giving up, my grandmother just kept pushing and pushing,” Lynika told The Tribune in 2012.

Eventually became a top-notch scholar, earning a full ride to the University of Northern Iowa. Still, there were struggles. After her first year at the institution, she dropped out and returned to Chicago.

However, that was a small setback. She was not defeated.

Lynika enrolled and graduated from Truman College, earning her associate’s degree in 2008. It was during her days in Truman that she discovered her passion for biology through a mentor.

She eventually earned her bachelor’s degree in 2011 from Dominican University.

Focused and determined to have a career in the sciences, she went on to obtain her master’s in biology from Loyola University in 2018 and simultaneously a master’s in science education from the University of Illinois at Chicago.

Her first job after receiving the dual master was managing the Science Lab and Bio Art Lab at the School of the Art Institute of Chicago.

In January 2020, she was hired as an adjunct instructor at Malcolm X College to teach biology. Two months later, she has received an honorary appointment of Collections Associate for the Gantz Family Collections Center at the Field Museum. Before she could enjoy either position, she succumbed to the dreaded respiratory disease.

The expense of her medical and funeral are being taken care of through a GoFundMe campaign. It is reported that more than $80,000 funds raised will be used to establish a scholarship to support young scientists, The New York Times reported.