Republican Gov. Tate Reeves said the state flag would lose its official status as soon as he signs the measure 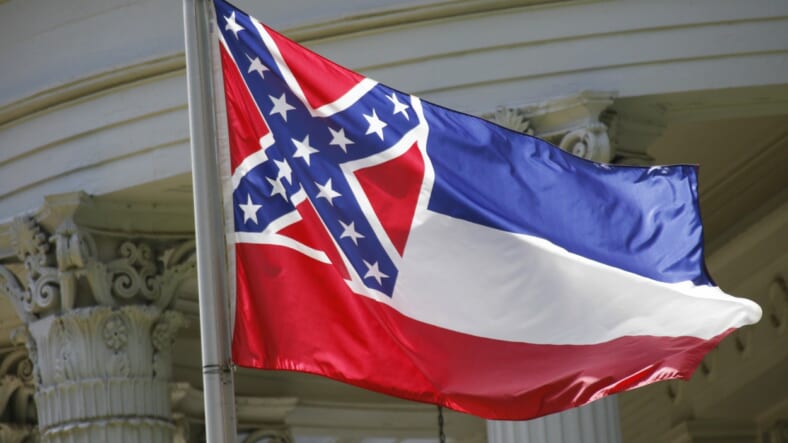 Mississippi lawmakers voted Sunday to surrender the Confederate battle emblem from their state flag, triggering raucous applause and cheers more than a century after white supremacist legislators adopted the design a generation after the South lost the Civil War.

Mississippi’s House and Senate voted in succession Sunday afternoon to retire the flag, each chamber drawing broad bipartisan support for the historic decision. Republican Gov. Tate Reeves has said he will sign the bill, and the state flag would lose its official status as soon as he signs the measure. He did not immediately signal when the signing would take place. 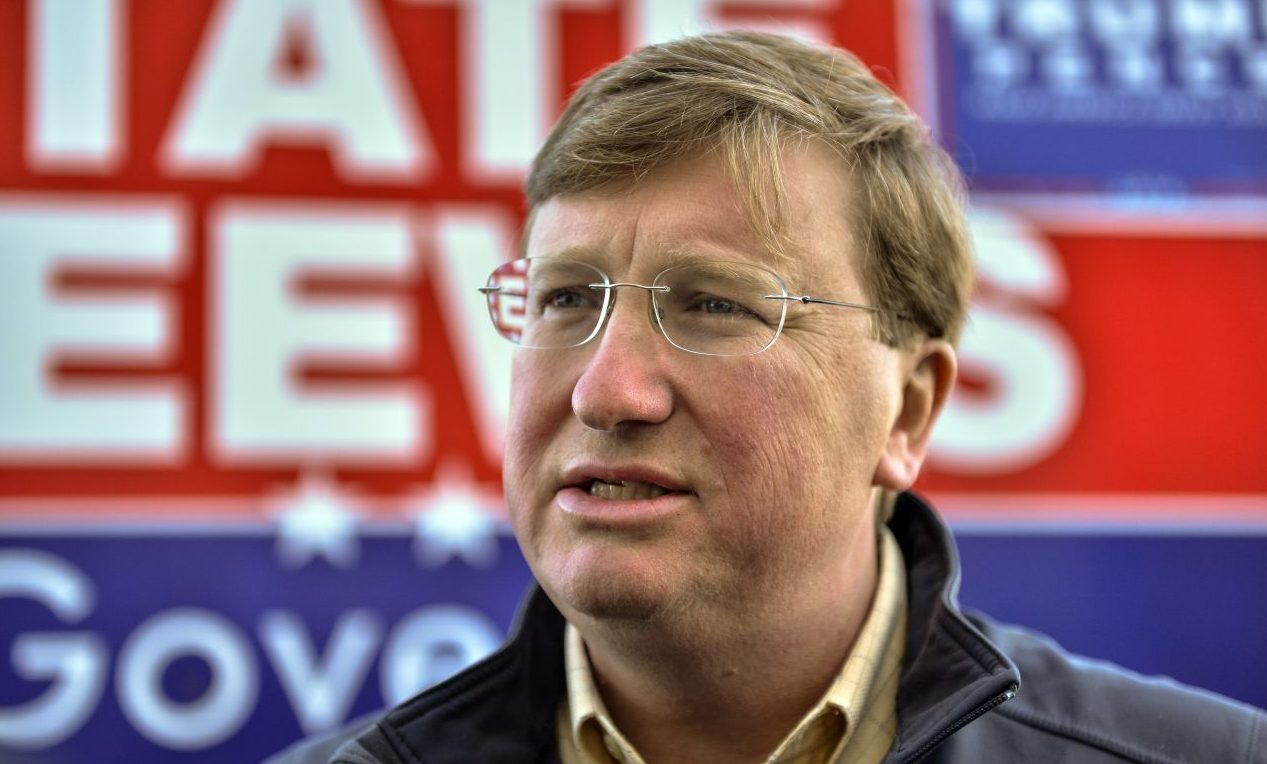 The state had faced mounting pressure to change its flag during the past month amid international protests against racial injustice in the United States. Cheering and applause erupted as lawmakers hugged each other in the Senate with final passage. Even those on the opposite side of the issue also hugged as an emotional day of debate drew to a close. Bells also could be heard ringing in the state capital city as passage of the measure was announced.

A commission would design a new flag that cannot include the Confederate symbol and that must have the words “In God We Trust.” Voters will be asked to approve the new design in the Nov. 3 election. If they reject it, the commission will set a different design using the same guidelines, and that would be sent to voters later.

Mississippi has a 38% Black population — and the last state flag that incorporates the emblem that’s widely seen as racist.

Republican House Speaker Philip Gunn, who is white, has pushed for five years to change the flag, saying that the Confederate symbol is offensive. The House passed the bill 91-23 Sunday afternoon, and the Senate passed it 37-14 later.

“How sweet it is to celebrate this on the Lord’s day,” Gunn said. “Many prayed to Him to bring us to this day. He has answered.”

Debate over changing the flag has arisen before, and in recent years an increasing number of cities and all the state’s public universities have taken it down on their own. But the issue has never garnered enough support in the conservative Republican-dominated Legislature or with recent governors. 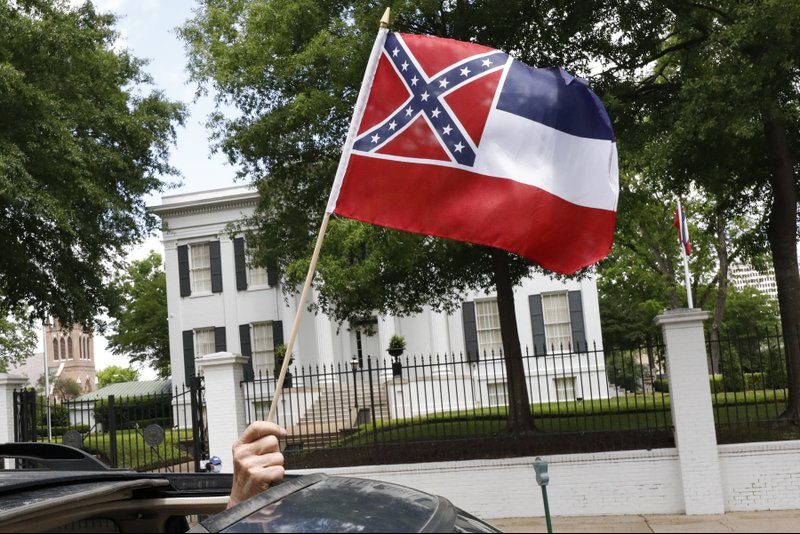 In this April 25, 2020 photograph, a small Mississippi state flag is held by a participant during a drive-by “re-open Mississippi” protest past the Governor’s Mansion, in the background, in Jackson, Miss. (AP Photo/Rogelio V. Solis)

That dynamic changed in a matter of weeks as an extraordinary and diverse coalition of political, business, religious groups and sports leaders pushed to change the flag.

At a Black Lives Matter protest outside the Mississippi Governor’s Mansion in early June, thousands cheered as an organizer said the state needs to divorce itself from all Confederate symbols.

Religious groups — including the large and influential Mississippi Baptist Convention — said erasing the rebel emblem from the state flag is a moral imperative.

Business groups said the banner hinders economic development in one of the poorest states in the nation.

In a sports-crazy culture, the biggest blow might have happened when college sports leagues said Mississippi could lose postseason events if it continued flying the Confederate-themed flag. Nearly four dozen of Mississippi’s university athletic directors and coaches came to the Capitol to lobby for change.

“We need something that fulfills the purpose of being a state flag and that everybody in the state has a reason to be proud of,” said Mike Leach, football coach at Mississippi State University.

Many people who wanted to keep the emblem on the Mississippi flag said they see it as a symbol of heritage.

Legislators put the Confederate emblem on the upper left corner of Mississippi flag in 1894, as whites were squelching political power that African Americans gained after the Civil War.

The battle emblem is a red field topped by a blue X with 13 white stars. The Ku Klux Klan and other hate groups have waved the rebel flag for decades. Georgia put the battle emblem prominently on its state flag in 1956, during a backlash to the civil rights movement. That state removed the symbol from its banner in 2001.

The Mississippi Supreme Court found in 2000 that when the state updated its laws in 1906, portions dealing with the flag were not included. That meant the banner lacked official status. The Democratic governor in 2000, Ronnie Musgrove, appointed a commission to decide the flag’s future. It held hearings across the state that grew ugly as people shouted at each other about the flag.

After that, legislators opted not to set a flag design themselves. They put the issue on a 2001 statewide ballot, and people voted to keep the flag. An alternate proposal would have replaced the Confederate corner with a blue field topped by a cluster of white stars representing Mississippi as the 20th state.

Democratic state Sen. Derrick Simmons of Greenville, who is African American, said the state deserves a flag that will make all people proud. “Today is a history-making day in the state of Mississippi,” Simmons told colleagues before the Senate voted for passage. “Let’s vote today for the Mississippi of tomorrow.”