Katori Hall developed her new Starz series, P-Valley, with the goal of shedding light on the world of stripping—and the nuance of Blackness as a whole.

The 39-year-old playwright, who created the series based off her play Pussy Valley, sat down with theGrio‘s Mariel Turner to dish on season one of the Starz drama, which takes place in the Mississippi Delta.

Audiences find a host of relatable, vibrant characters to connect with in the series, including Autumn (Elarica Johnson), the mysterious new girl on the block who is keeping secrets, Mercedes (Brandee Evans), a stripping veteran who is trying to establish a new life, and Uncle Clifford (Nicco Annan), the queer owner of the Pynk Club who begins an unexpected relationship.

In a time when many Black showrunners have diminished or shied away from LGBTQ representation, Hall says the she purposed to include a developed queer, non-binary character in her series.

“When it came to representing the LGBTQIA community, it was just a part of my mission statement. I believe that all black lives matter,” she explains. “And this sense of never really being able to see Uncle Cliffords and non-binary characters on television. Particularly as the protagonists, like oftentimes it’s like, ‘Oh, you’re the peripheral, you’re the side, you’re the joke.’ And it’s like, ‘No, Uncle Clifford is the show.’ You know, it is front and center and the journey that Clifford is going on, is integral to the plot.” 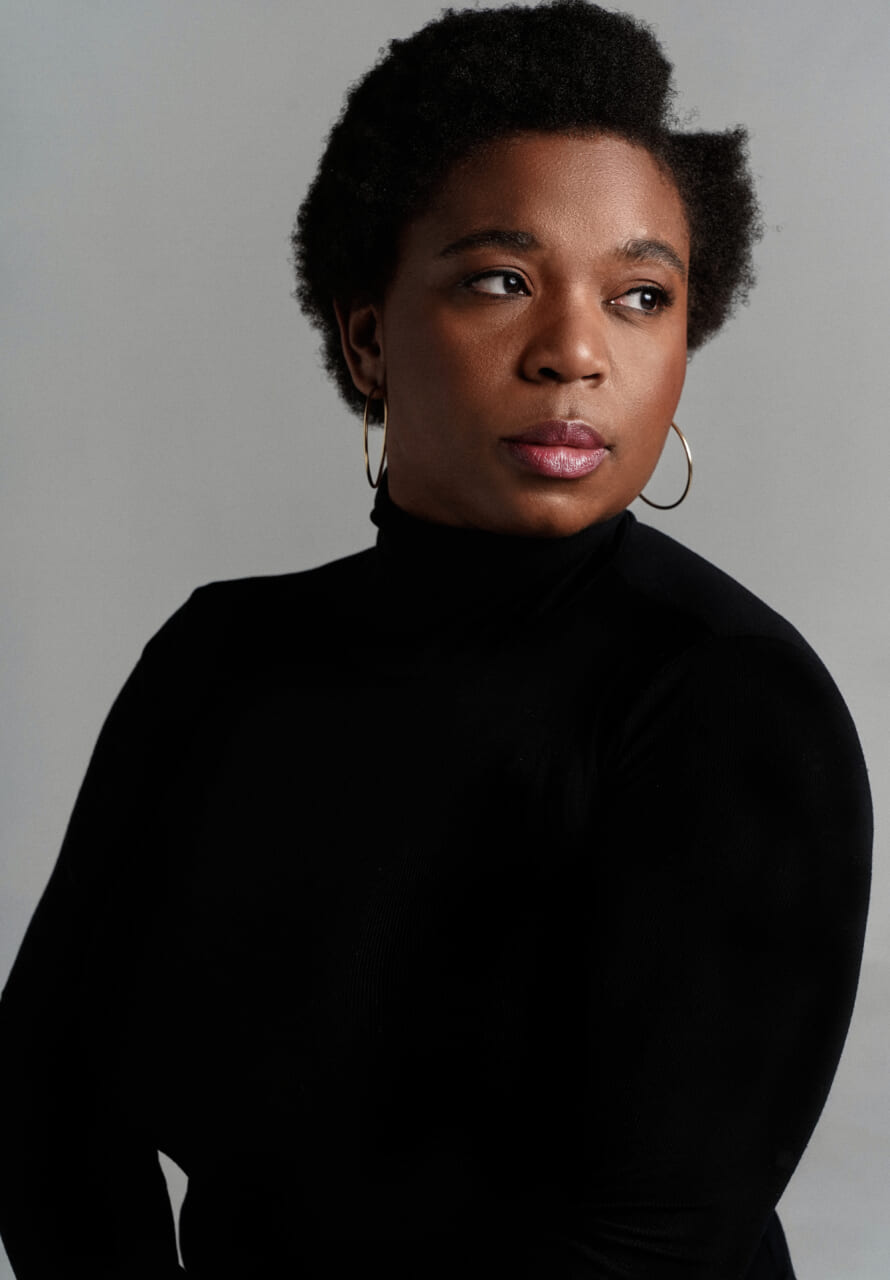 She continues, “I just feel as though when you center the stories of people who have been misrepresented and dehumanized, you give them back their humanity. You give them a platform where they can have their voice be heard loud and clear. I think this show is very successful in doing that.”

P-Valley also isn’t afraid to address colorism and how a woman’s complexion can influence the type of treatment and tips she receives at the club. Mercedes references Autumn’s light complexion throughout the series, implying that she only got offered a spot at club because of her “high yella” coloring.

“When I was doing my research on strip club culture, you know, the colorism came up all the time. We know that there’s this long history of darker Black women being made to feel as if they’re not beautiful,” Hall says. “They’re ugly, they’re less than and women who are lighter skinned are deemed as being more beautiful because of this Eurocentric ideal that a lot of people subscribe to. And, you know, within our community that has often been a source of division. What I think has been very interesting in the strip club culture is that, even within that space, people are very vocal about the colorism. That it kind of actually affects how much money you can make in a night.”

Hall went on to reference recent reports of a possible strike from dark skin dancers in New York City, specifically in the Bronx, over low wages in comparison to their lighter-skinned counterparts.

“We really want it to be honest about the very real obstacles and challenges that not only exists within the Black community, but just the economics of it,” she adds. “The fact that it actually impacts how much money you can take back home in a night. The fact that we see Mercedes kind of like, you know, suddenly digging at that very real truth is just an articulation of something that happens in strip clubs all the time and quite frankly just happens, you know, in the world.” 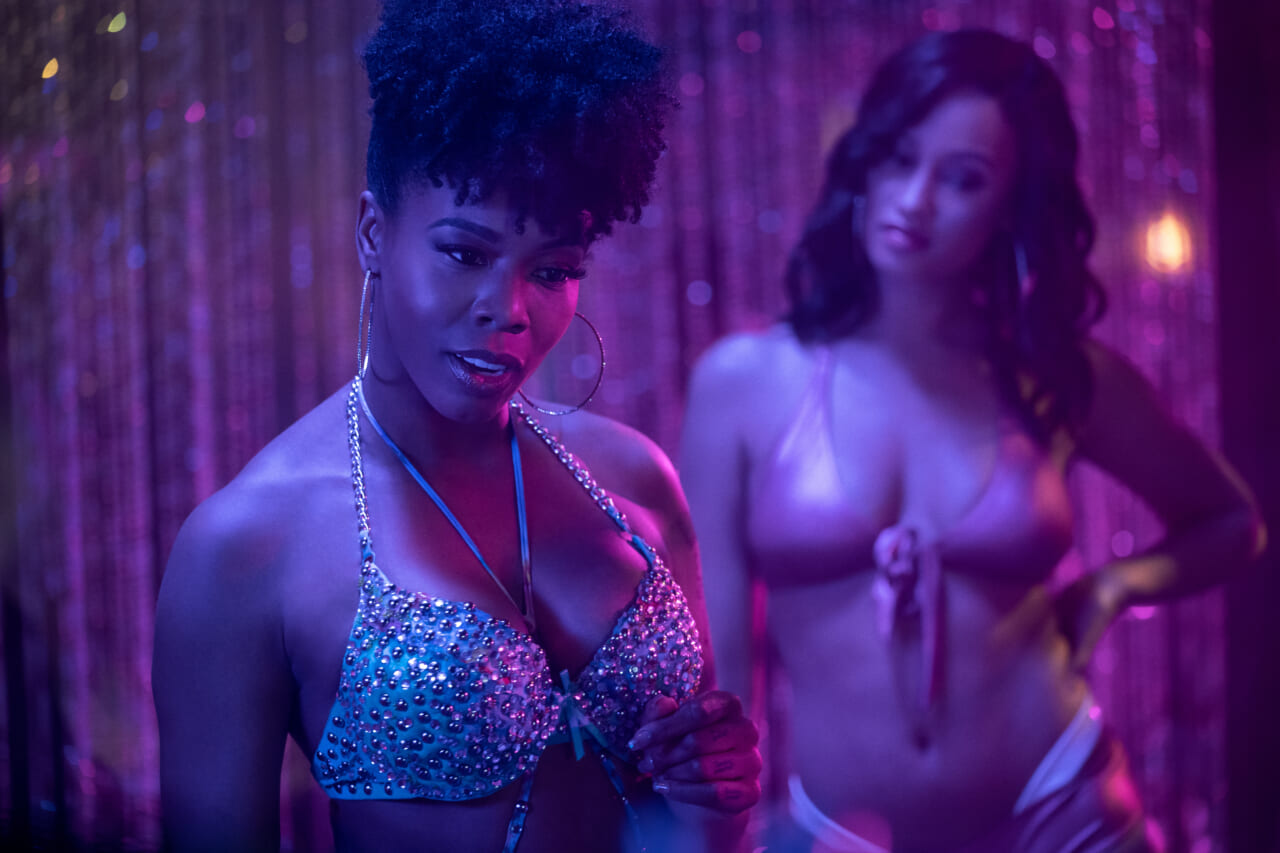 Brandee Evans and Elarica Johnson are pictured on the set of “P-Valley,” season 1, in 2019. (Credit: Starz Media Room)

Hall was influenced by her own Southern upbringing while developing the series. The writer was born and raised in Memphis—an experience that helped shape her vision for the show.

“Oh, it was absolutely everything,” she says about the impact of her Tennessee roots. “I’m a girl from Memphis, Tennessee, and going to strip clubs was just a part of my coming of age. …I always say that the ‘slanguage’ of the show is the first brick of world building that we do. The fact that you have that amazing Southern accent and the fact that we’re speaking in African American vernacular with the dialect. You know, my roots are very well represented in just the musicality of the language.”

RELATED: Tyler Perry responds to criticism about not having a writers’ room

Ultimately, Hall says she wants audiences to enjoy the complexities of Blackness and the Black experience, and all of the happiness, sadness, sexiness, excitement, and mystery that come along with it.

“I feel like it’s always been important to show how complicated and complex, and just amazing and majestic Black folks are,” she explains. “The unfortunate thing about the history of Black images and media is that they’ve just been very stereotypical. They haven’t allowed us to be our full human selves.”

She concludes, “The fact that P Valley allows us to see queer Black people, Black men, Black women, for us to see those of us who are poor, some of us who are doing okay financially—like basically every corner of the Black experience is represented in the show because that’s a true reflection of the strip club. …It is a place where there’s a sense of—I don’t want to use the word equality, but there’s a sense of definitely community, where it doesn’t matter where you come from or who you are. You can always grab a table up at the club.”

Check out theGrio‘s full interview with Hall above.