He called the mural a 'symbol of hate' that disrespects New York's police department.

Stephanie Guerilus
A man dances on a massive “Black Lives Matter” mural covers a city street on June 29, 2020 in the Brooklyn borough of New York City. The mural, which was painted over the weekend, runs along the block of Fulton Street between Marcy and Brooklyn avenues. The street will become a pedestrian-only plaza for the duration of the summer. (Photo by Spencer Platt/Getty Images)

After Mayor Bill de Blasio announced that New York City plans to paint a Black Lives Matter mural in front of Trump Tower, the president slammed it as a “symbol of hate.”

The mayor said on MSNBC’s Morning Joe on Wednesday that he was specifically sending a message to President Donald Trump. He added that getting the mural done was a matter of urgency and would be completed within the next few days. 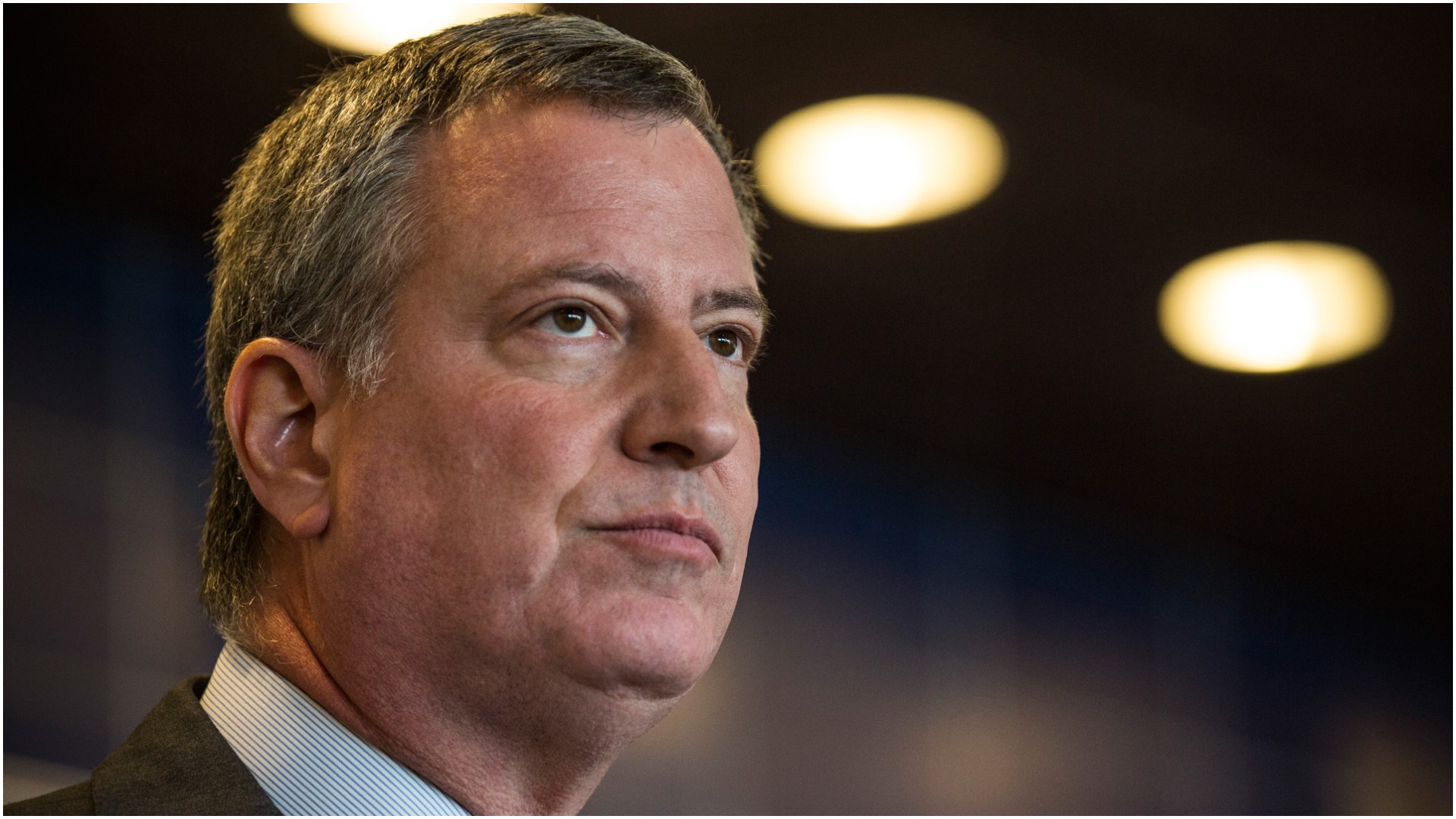 NYC Mayor de Blasio says “Black Lives Matter” will be painted on Manhattan's 5th Ave. in “a matter of days.”

Whenever Pres. Trump comes back to New York, “he’ll get a message that he still doesn’t understand. Maybe seeing it outside his doorstep will help him get the point.” pic.twitter.com/jkG6AJdMO5

“(Trump) will get a message that he still doesn’t understand,” Hizzoner said. “Maybe seeing it outside his doorstep will help him get the point.”

It did not take long for Trump to respond in a series of tweets. He declared that the Black Lives Matter mural would be too “expensive.” He also viewed the action as an act of aggression against law enforcement who’ve been faced with massive protests and demands for police reform after George Floyd’s death.

….horrible BLM chant, “Pigs In A Blanket, Fry ‘Em Like Bacon”. Maybe our GREAT Police, who have been neutralized and scorned by a mayor who hates & disrespects them, won’t let this symbol of hate be affixed to New York’s greatest street. Spend this money fighting crime instead!

“NYC is cutting Police $’s by ONE BILLION DOLLARS, and yet the @NYCMayor is going to paint a big, expensive, yellow Black Lives Matter sign on Fifth Avenue, denigrating this luxury Avenue. This will further antagonize New York’s Finest, who LOVE New York & vividly remember the….,” Trump tweeted.

“…horrible BLM chant, “Pigs In A Blanket, Fry ‘Em Like Bacon”. Maybe our GREAT Police, who have been neutralized and scorned by a mayor who hates & disrespects them, won’t let this symbol of hate be affixed to New York’s greatest street. Spend this money fighting crime instead!”

de Blasio quickly responded saying that it was the labor of Black people that help build Trump’s luxury hotel and that Trump’s criticism of the movement was racist.

“Here’s what you don’t understand: Black people BUILT 5th Ave and so much of this nation.  Your “luxury” came from THEIR labor, for which they have never been justly compensated. We are honoring them. The fact that you see it as denigrating your street is the definition of racism,” de Blasio blasted.

You also don’t know that NY’s Finest are now a majority people of color. They already know Black Lives Matter.

There is no “symbol of hate” here. Just a commitment to truth.

Only in your mind could an affirmation of people’s value be a scary thing.

This is not the first time that a Black Lives Mural has gotten the attention and anger of the president. Last month, Washington, D.C.’s Mayor Muriel Bowser arranged the painting of “Black Lives Matter” on 16th Street, which leads to Lafayette Park in front of the White House. She also renamed the street “Black Lives Matter Plaza.”

Trump responded by belittling her efforts to manage the protests that erupted over the death of Floyd. He labeled her “incompetent” and said she was too busy fighting with the National Guard.