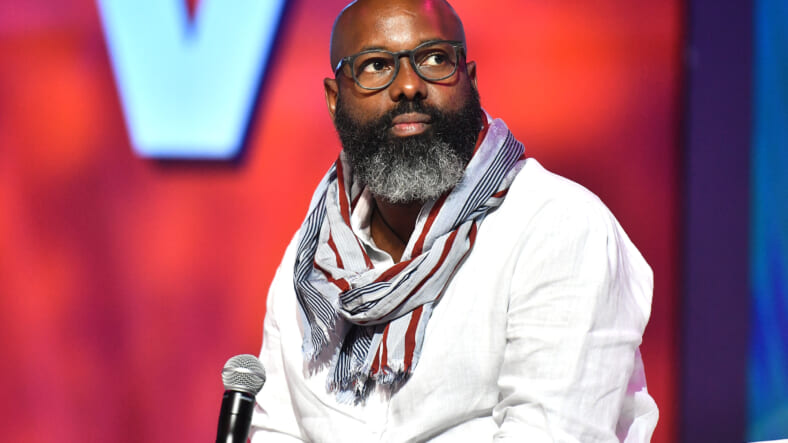 A blog post titled, The Truth About Essence, went viral over the weekend as the anonymous women writers blogged about their painful experiences working at the magazine. In it, they requested the resignation of several key senior managers.

On Wednesday, Richelieu Dennis made the first steps to address their calls by announcing Caroline Wanga as the new interim CEO of Essence Magazine.

Dennis, the founder of Shea Moisture and Sundial Brands, bought the iconic magazine and brand from TIME in 2018. The acquisition made Essence Communications 100% Black-owned again. However, according to the blog post, that did not stop a pervasive culture of toxicity and harassment.

The Truth About Essence was written by a group of anonymous women who state that they are either current or past employees of the magazine. They wrote the post out of frustration, and as a demand for change. The scathing allegations reverberated throughout the Black media world, and Essence Communications quickly released a statement.

Essence Communications released a statement on Monday denouncing the allegations as baseless. However, on Tuesday, they released another statement that Dennis will be taking a step back, and that they have committed to an independent review of their business practices.

“Out of an abundance of caution and an unwavering commitment to transparency, ESSENCE is in the process of hiring law firms and other independent external experts to assess and review the company’s policies and practices and conduct comprehensive employee interviews,” the statement read.

“It is of critical importance to us that there is no doubt or question about who we are, what we represent, and what we believe in.”

After reports emerged that Dennis was being replaced as CEO, the businessman clarified in a statement on Thursday that he never acted as CEO of Essence.

“There was no interim CEO at ESSENCE Communications, Inc. (ECI), following the departure of Michelle Ebanks on March 31 until Richelieu Dennis appointed Caroline Wanga to this position on July 1,” the statement read. “As owner, Dennis helped to lead the team along with the ECI senior leadership team, but never took on the roles or responsibilities of CEO. So he never stepped down from, resigned from or was replaced in any role.”

Wanga was hired by Essence on June 2 to be the company’s chief growth officer. She was previously the chief diversity and inclusion officer and vice president of human resources at the Target Corporation.