NEW YORK (AP) — Harvey Weinstein and his former studio’s board have reached a nearly $19 million settlement with dozens of his sexual misconduct accusers, New York state’s attorney general and lawyers in a class-action lawsuit said Tuesday.

The former Hollywood producer was convicted earlier this year of rape and sexual assault against two women. Accusations by dozens of women in 2017 destroyed his career and gave rise to #MeToo, the global movement to hold powerful men accountable for their sexual misconduct.

The 68-year-old former film producer was diagnosed in March with the coronavirus just days after he was moved to the state’s maximum security Wende Correctional Facility near Buffalo to begin serving his 23-year prison sentence.

“This settlement is the culmination of several years of hard work by survivors who not only initiated the #MeToo movement around Weinstein, but also used their platforms to seek justice for all of those who were afraid to come forward for fear of retaliation in Hollywood,” Fegan said.

Included in the news release was a statement by plaintiff Caitlin Dulany, who said Weinstein isolated and assaulted her after they met in 1996 at the Cannes Film Festival.

“When I came forward and shared my story about the assault, I knew there wouldn’t be a straight path to justice,” Dulany said.

“Harvey avoided accountability for decades, leveraging his power to hide behind a web of deceit, and I was determined to join the class action to ensure meaningful change for all survivors,” she said. “I am proud that this settlement will help so many women who are long overdue for justice and relief.” 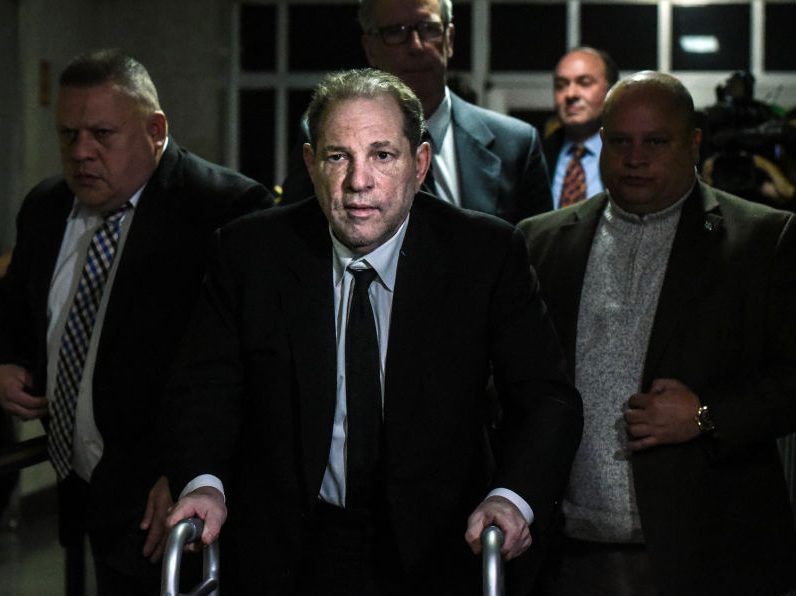 James said in a release that the deal would resolve claims in a New York state lawsuit and in a class-action lawsuit that was pending in federal court.

“After all the harassment, threats, and discrimination, these survivors are finally receiving some justice,” James said.

She called it “a win for every woman who has experienced sexual harassment, discrimination, intimidation, or retaliation by her employer.”

Messages seeking comment were left for Weinstein and individuals on his former studio’s board.

Attorneys Douglas H. Wigdor and Kevin Mintzer, who represent some of Weinstein’s accusers in lawsuits, said in a statement that the proposed settlement was “a complete sellout of the Weinstein survivors.”

They called it “deeply unfair,” saying it does not require Weinstein to accept responsibility and doesn’t require him to pay any money toward it. They also said the director defendants will receive millions of dollars to reimburse their defense costs.

The lawyers said the deal would also harm women who do not join the settlement because they would be unable to pursue large amounts of money from insurance companies which would receive protection from the deal.

“We are completely astounded that the Attorney General is taking a victory lap for this unfair and inequitable proposal, and on behalf of our clients, we will be vigorously objecting in court,” the lawyers said.