20-year-old Julian Bass is on his way to stardom, according to former Disney CEO Bob Iger 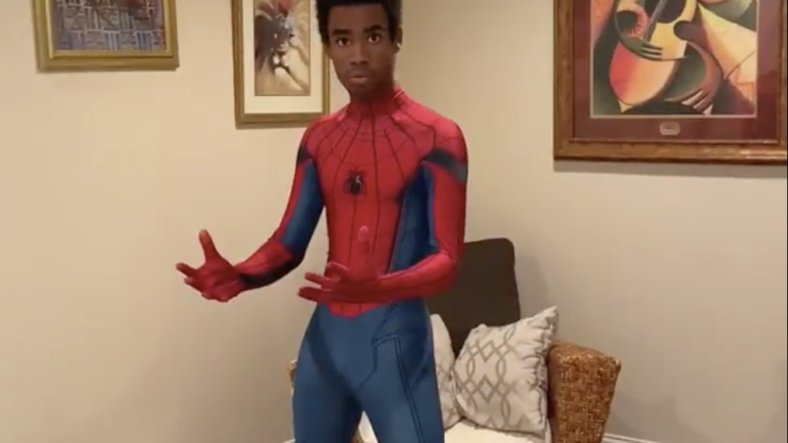 Julian Bass is a student at Georgia State University, majoring in theater. It looks like his TikTok may be just as effective in getting him acting work as his classes after one of his videos caught the attention of a Disney big wig.

The 20-year-old made a TikTok video of himself transforming into some of his favorite superheroes. In 20 seconds, Bass makes himself a Jedi from Star Wars after he pulls out a lightsaber. He slices through the screens with the laser sword to reveal his now Ben-10’s Ben Tennyson, the long-running cartoon hero who can transform into 10 different aliens.

From Ben-10, he becomes Miles Morales’ Spider-Man, in the style of the Oscar-winning animated feature, Spider-Man: Into the Spiderverse. He posted his clip on Twitter with the caption: “if y’all can retweet this enough times that Disney calls, that’d be greatly appreciated.”

if y’all can retweet this enough times that Disney calls, that’d be greatly appreciated pic.twitter.com/GrKlIRxg3J

The video went viral, garnering over 1.2 million likes and 524,000 retweets. He got a reply from Disney Executive Chairman Bob Iger.

“The world’s gonna know your name!!!” the former chief executive said in a tweet response.

The Disney executive wasn’t the only one who was impressed with Bass’ video clip. The official Sony Twitter account also replied with wide-eye and wow-face emojis. Guardians of the Galaxy director James Gunn joined in as well, replying with a hand clap emoji. Actor Zach Braff of Scrubs fame replied to Gunn with, “Hire this man, Gunn!”

While Bass and the world await to see if a collaboration comes out of this, things look promising for the young student. Other popular TikTok users have parlayed their platform into Hollywood success.