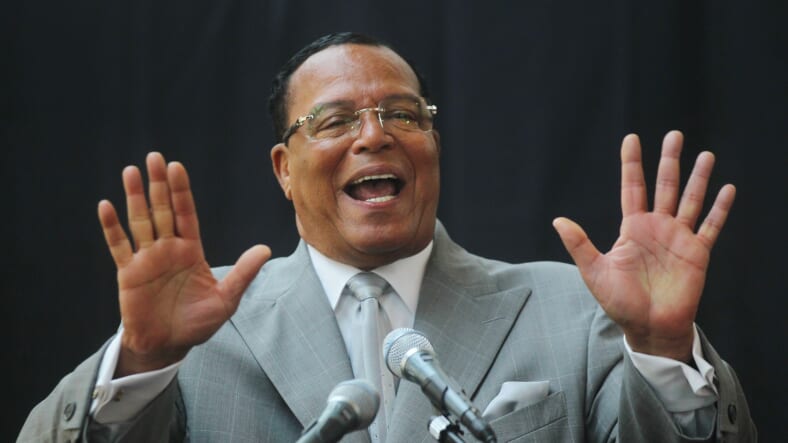 It’s the Fourth of July and for many of us, especially this year, it’s a day of reflection rather than a day of celebration. Revolt TV is one of the many brands that decided to use their platform to address the issues in the nation, rather than celebrate.

The media house invited controversial Nation of Islam leader, Minister Louis Farrakhan, to give a special address on its YouTube channel earlier this afternoon.

Farrakhan was initially slated to give the address on Fox Soul, but after numerous complaints on social media, his appearance was cancelled.

Farrakhan is a vile anti-LGBTQ anti-Semitic misogynist. Why is a Fox channel airing his propaganda? https://t.co/dmX7A6LSd2

The Simon Wiesenthal Center and Americans Against Anti-Semitism sharply criticized Fox Soul for initially announcing that it would air such a speech.

“Since the 1980s, Louis Farrakhan has denigrated the Jewish people, Judaism and the Jewish state, members of the LGBT community, the United States of America and entertainment leaders from Hollywood. Throughout those decade, he has embraced America’s enemies from Libya’s [Moammar] Ghaddafi to Iran’s ayatollahs,” charged the Simon Wiesenthal Center in a statement.

Revolt TV which is geared toward the black community is known for covering topics on its channel including race and class. Many social media users have speculated about why Revolt TV gave Farrakhan a platform to address the nation to begin with, but his many high profile supporters, like Snoop Dogg, may be the reason.

The almost 3-hour address covered topics from COVID-19 and avoiding the imminent vaccine to the state of race relations across the globe. Farrakhan ended the address in a prayer.

Many of the Twitter and Instagram comments on Revolt TV’s social media were negative, though the political figure’s fan base remained solid and supportive.