Bottoms, 50, said she had no symptoms prior to getting her test result 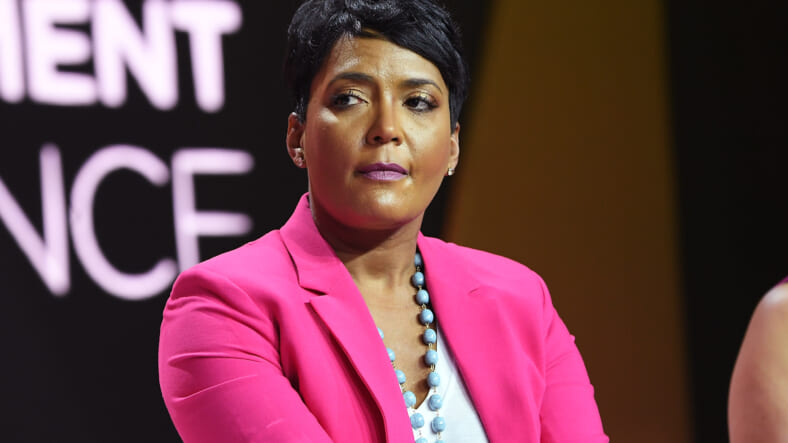 “COVID-19 has literally hit home. I have had NO symptoms and have tested positive,” Bottoms tweeted.

Bottoms, who is in the running to be Democratic presidential presumptive nominee Joe Biden‘s running mate, has been an early standout among city leaders praised for their response to the coronavirus pandemic since the nation went into lockdown in March.

When Georgia Gov. Brian Kemp decided to reopen businesses statewide, Bottoms did not hesitate to express her disapproval of what she called a “premature” decision, despite describing Kemp as a “friend.”

“I hope I’m wrong and he’s right. Because if he’s wrong, people will die,” she said at the time.

The mayor has also been praised for her leadership during the ongoing protests over the killing of George Floyd by a former Minneapolis police officer.

“Bottoms’ leadership during the pandemic, and her unwavering support for the Democratic nominee, make her stand out,” Rev. Al Sharpton told CBS Atlanta.

Joe Scarborough, the host of MSNBC’s Morning Joe, recently said “I have to say as an Atlantan, I don’t know if I’ve been any more proud then I was… watching the mayor talking about being the mother of four black men, that was extraordinary.

“That was an extraordinary moment … the mayor was balancing so many different things. I have not seen that type of leadership in crisis in quite some time.”