They are also alleged to have repeatedly called her a 'monkey' 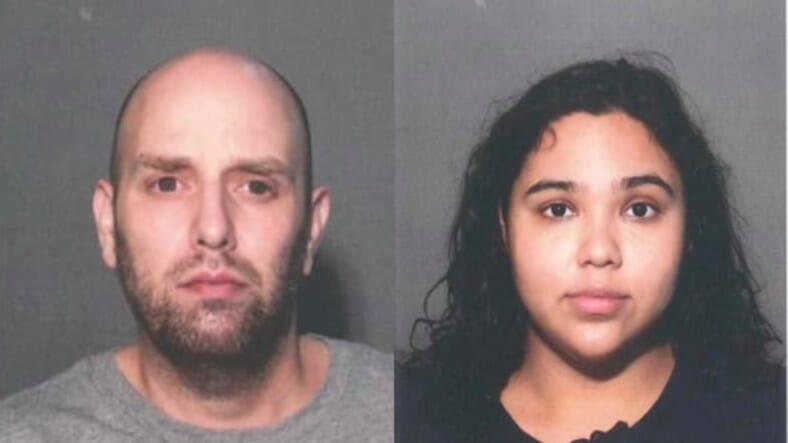 A white couple from Connecticut has been arrested after they allegedly attacked a Black Mystic hotel worker and repeatedly called her a monkey.

Read More: Black Travel Alliance will keep confronting the industry on its racism

Philip Sarner and Emily Orbay were arrested Monday night in Brooklyn, N.Y. by the U.S. Marshals Service and the New York Police Department. They were brought back to Connecticut to face the consequences of their alleged actions, WTNH reported. Sarner, 38, and Orbay, 27, are accused of attacking Quality Inn front desk clerk Crystal Boyd Caldwell in Mystic. on June 26.

According to Caldwell, Sarner complained about having no hot water in his room. He then threatened to have his girlfriend beat up Caldwell. Surveillance footage captured the altercation.

“I was literally fighting for my life,” Crystal Caldwell said. “You got two people attacking you, you’ll fight for your life.”

Caldwell told WTNH that she suffered a concussion and now has to wear sunglasses due to light sensitivity.

“My lungs, when he stomped on my back so there’s an issue with deep breaths and the sharp pains,” said Caldwell.

She expressed relief that the couple were taken into police custody. They had been on the run for more than three weeks. Caldwell credited prayer as part of her recovery which also included recovering from the emotional toll of the hurtful racial slurs she endured.

“It’s hurtful for me for the future for my son. I wasn’t raised like that,” said Caldwell. “When we came up we all.. we all, just, there wasn’t a color.”

Caldwell’s attorney said she was looking forward to a day in court so she can face her attackers. However, any future proceedings may need to be held virtually due to the coronavirus pandemic.

“Being able to look these animals in the eyes and let the court know that these people need to be prosecuted,” said Caldwell’s Attorney John Strafaci, who hopes that the case can be adjudicated in a courtroom.

Read More: Black Travel Alliance will keep confronting the industry on its racism

The couple are next expected to appear in court on July 29.