The women were captured on video that went viral in the Ft. Lauderdale airport 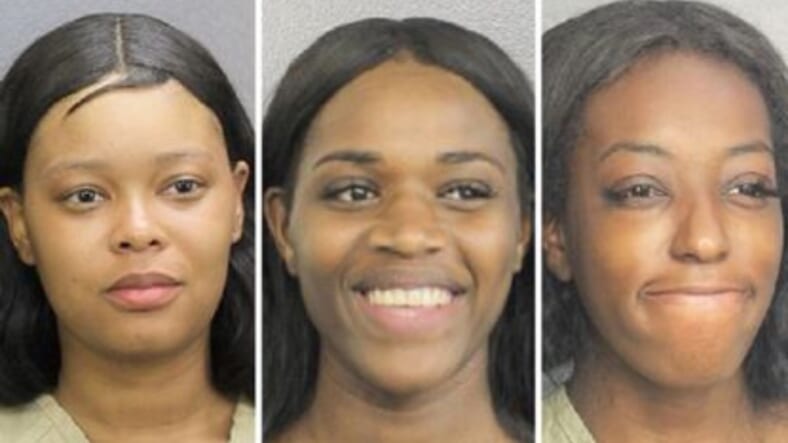 It’s unclear how the situation escalated but they started throwing phones, shoes, water bottles, and signs at the gate agent as seen in the video that has gone viral.

The women were then seen fighting with an attendant at the desk, as security and other employees tried to break it up. One is now accused of stealing a Spirit employee’s phone, which was found in one of the women’s backpacks.

Dixon, Ferguson and Wright were arrested by the Broward Sheriff’s Office and are currently in the Broward jail.

“The safety and security of the traveling public and airport employees is part of our core mission,” the airport said in a statement released to media. “The behavior of the individuals as seen in the video during Tuesday’s incident is unacceptable and will not be tolerated in our facility. We applaud the prompt response by our airline partner and the Broward Sheriff’s Office”.

The Sherrif’s Office says there were five victims who suffered minor injuries.

This is not the first time that Spirit Airlines has been the scene of a brawl at the Ft. Lauderdale-Hollywood airport. According to CBS Miami, in 2017, when a labor dispute led to cancelled flights, Broward deputies had to step in to quell the disturbance as angry fliers stormed the airport and gates to try to rebook flights home.

Read More: US executes 2nd man in a week; lawyers said he had dementia

That brawl was also captured on video.