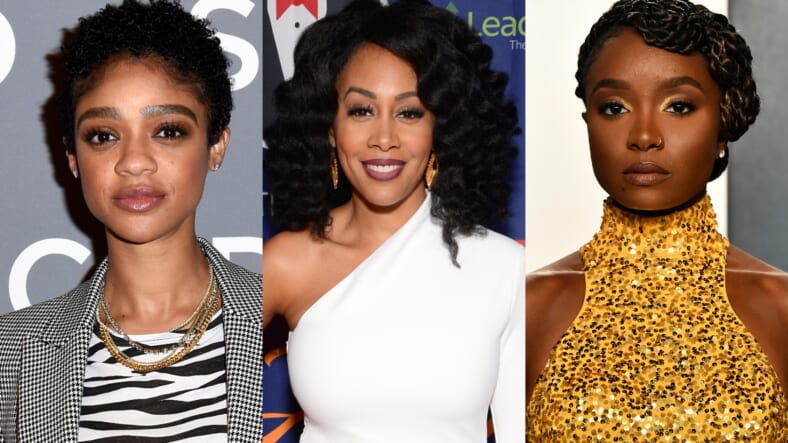 Now that Hollywood is beginning to open back up, what happens next for Black actors in the industry? theGrio caught up with Simone Missick, Tiffany Boone and Kiki Layne, to find out how they plan to pivot amid the ongoing social unrest.

One thing all of the women we spoke to agreed on was the fact that the pay disparity is one of the first things that needs to be addressed.

Simone Missick, star of All Rise who made history as the first Black woman to lead a primetime series on CBS, says she regrets accepting less than she’s worth.

Missick also explained that while she’s passionate about many issues including the fight for justice, racial equality, and gender equality, social media isn’t the place she chooses to demonstrate her activism.

Also Read:
Black actresses say they need to be paid their worth after BLM protests

“It doesn’t mean you don’t use your platform the way that you feel comfortable in and you feel moved. But for me, I would rather amplify the voices of the people who are doing the work; serve when I am asked to serve; give where I feel able to give and try to take in and absorb all of the information and what is going on so that when I do go back to the table, I have something to say,” she explains. “That comes from a place of recognizing that we are not just fighting a racial fight, that we are fighting an economic fight.”

Boone, now on the Amazon Prime series Hunters made it clear that she’s not willing to bend to Hollywood’s tendency to undervalue Black talent.

“I’ve always been picky about what I was doing and like making sure that I wasn’t just falling into all of the same stereotypes. Coming up in theater and training, I was able to play all of these different characters. So when I came into film and television, I was like, I still want to do that. Y’all aren’t gonna put me in a box. And so I always felt that way,” she says.

“But over the last few years of getting a real slap in the face about how dirty and nasty this industry can be, I have made the choice to be extra intentional about how I am showing up for Black women, Black trans women, Black non-binary fems in the in the choices that I make.”

Boone left The Chi in 2018 after making allegations of sexual harassment against co-star Jason Mitchell, who was dismissed from the show.

“The price has gone up. And it should be going up for all of us because the truth is, you haven’t been paying us what you owe and we’ve gone along with it for whatever reason different people go along with it,” she says. “But at the end of the day,… if because I’m the Black woman I’m getting paid the least, that’s not good work for me anymore. And you’re not going to trick me into it. My agents know where I stand, my managers know too.”

Breakout star Kiki Layne who made her film debut in If Beale Street Could Talk and is now co-starring in the Netflix hit The Old Guard with Charlize Theron, expressed similar sentiments when asked how the social climate affects her approach to her career.

“I was already passionate about representing for Black women and Black artists. I recognize there’s a very small box that actresses who look like me have been put into. I’ve always been committed to not accepting that box and breaking out of it,”she told theGrio.

“There are a few things I’m asking for now that I was like, ‘Let me wait until I have a bigger name or until I’m a super big star. But with everything going on, I feel called to ask for those things now and to be like, ‘Actually, right now that’s not OK and right now, I want to do it this way. That’s something I’ve tapped deeper into with everything that’s going on.”