The owner of the Black-owned food delivery service got his inspiration after working for Postmates. 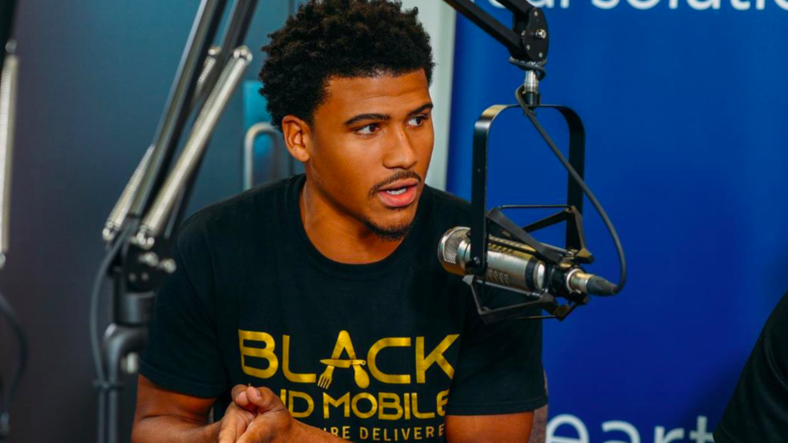 The first delivery service that delivers food from exclusively Black-owned restaurants, has made its way to Atlanta.

Black and Mobile, based in Philadelphia, is slated to launch in Atlanta, Georgia. The launch was planned for this week, but there has been a minor delay.

The company was founded in 2017 by David Cabello, 25. Cabello’s inspiration for Black and Mobile came to him after he worked for other delivery companies.

Cabello dropped out of college, where he was working towards a business degree. His company has grown rapidly after successfully launching last year, Eater reported.

READ MORE: Lizzo sued by Postmates driver she accused of stealing her food

“I was going to college for business. After dropping out in 2016, I was delivering food for services like Postmates and Caviar,” Cabello said. “One day, I made $1,100 in about 30 hours delivering food on a bike and wondered how much money I could make if I owned my own company.”

If the company’s Atlanta operations are successful, Cabello, and twin brother Aaron, plan to expand to the West Coast. Black and Mobile launched in Detroit earlier this year.

“I went home and researched how to start my own delivery business because what I really wanted to do was help Black-owned restaurants and businesses in my community,” said Cabello.

Wadada, Tastebuddz ATL, D Cafe and Catering, Fin and Feathers, and Fireside Jamaican Restaurant are some of the major Atlanta eateries that Black and Mobile established partnerships with, according to Eater.

Black and Mobile delivery is prepared to take Atlanta by storm.